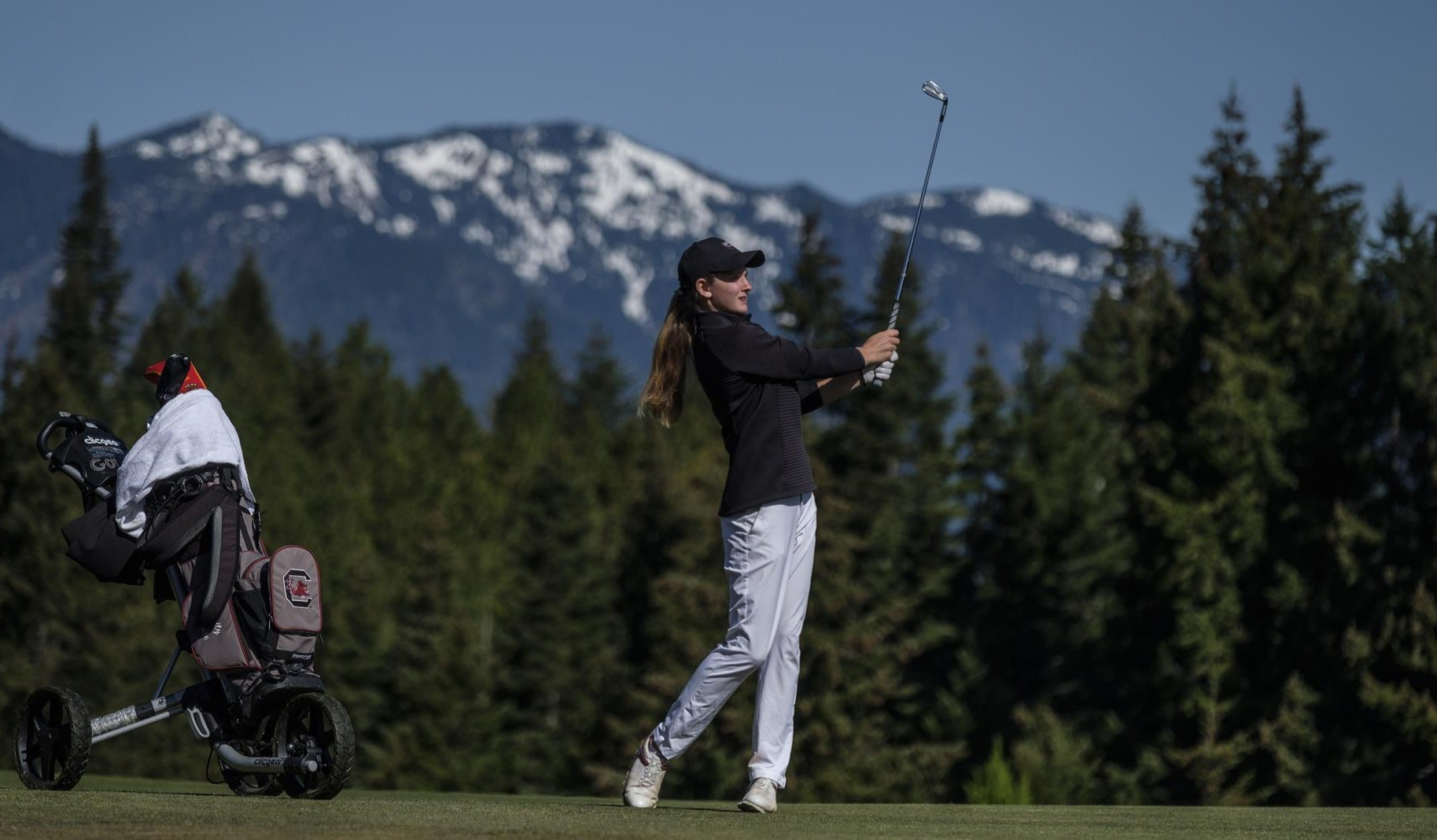 Cle Elum, Wash. – No. 9 South Carolina women’s golf finds itself in 12th after the conclusion of the opening round of the 2019 NCAA Cle Elum Regional. The Gamecocks shot 10-over par (298) and will look to make moves on the second and third day to attempt to finish in the top six and advance to the NCAA Championships in Fayetteville later this month.

“We got off to a rocky start but we are still in the mix as long as we play with confidence the next two days,” South Carolina head coach Kalen Anderson said. “I believe in this group.”

Two of the top six teams were paired up with Carolina in the opening round. No. 1 Southern California leads all teams at 7-under.  After the Trojans, it is No. 16 Northwestern in second while host Washington is in third place. The top six rounds out with No. 8 Arkansas in fourth and No. 29 San Jose State and No. 49 UCF tied for fifth at 1-over.

Freshman Emily Price put together a solid round in her first NCAA Regional appearance. The rookie put together an even (72) round by using 16 pars, a birdie and a bogey. She ended the day in a tie for 21st.

Both Marion Veysseyre and Anita Uwadia finished their first day in a tie for 46th. The two matched their front and back nine scores at 38 and 37, respectively.

Junior Lois Kaye Go bounced back from a triple bogey on the opening hole to put together a 2-over 38 on the front nine. She came back on the back nine with a 38 to finish at 4-over and in a tie for 57th along with fellow junior Ana Pelaez.