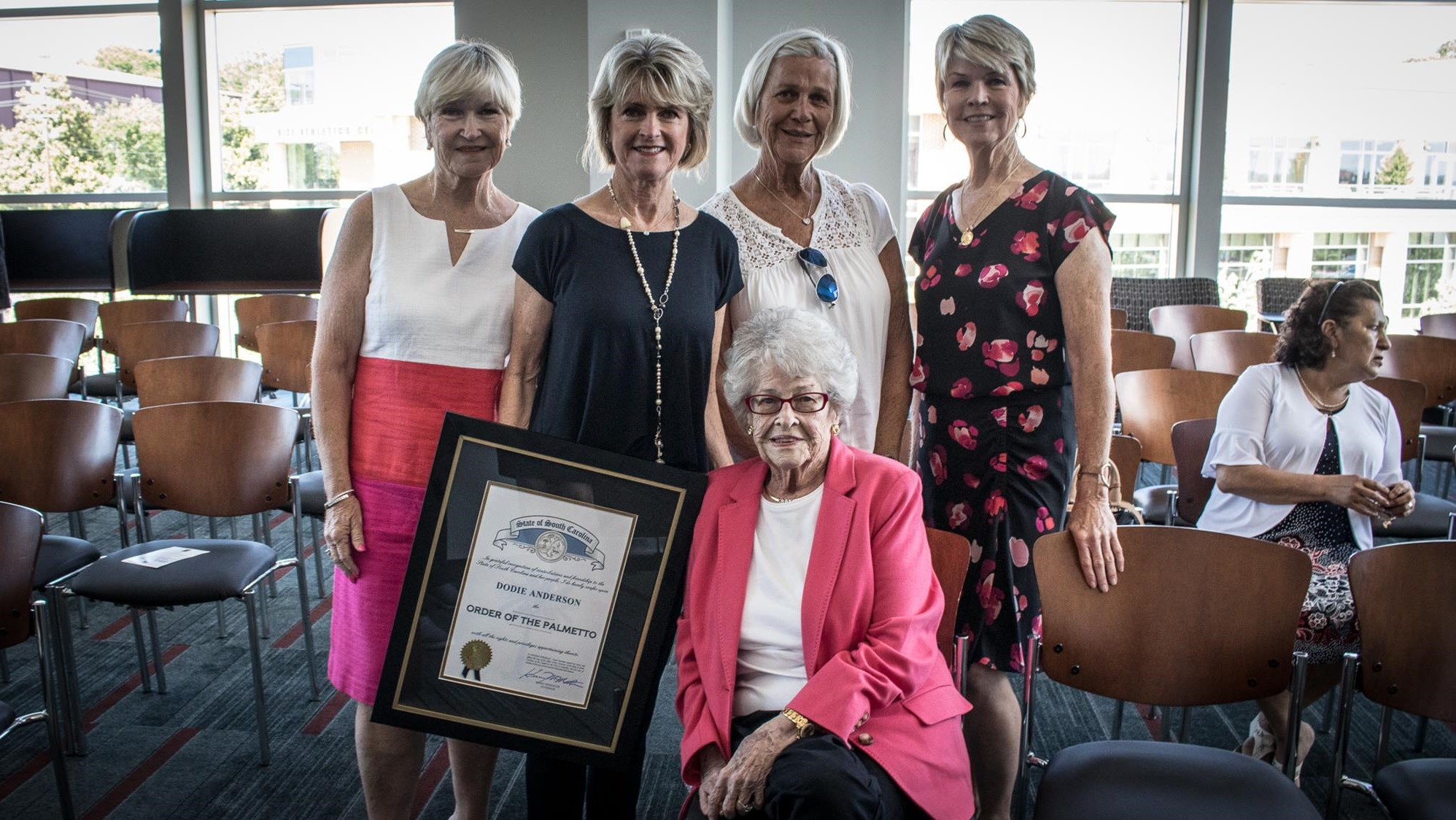 Dodie Anderson Honored With The Order of the Palmetto Award

It is the highest civilian honor in the state, recognizing a person’s lifetime achievements and contributions

“This was such a lovely surprise,” Anderson said. “It’s an overwhelming day, I just love South Carolina and am so grateful for this honor.”

The Order of the Palmetto is considered the highest civilian honor in the State of South Carolina.  It recognizes a person’s lifetime achievements and contributions to the State.

Anderson and her late husband, Robert, came to South Carolina in 1950 and they have made a tremendous impact on the Palmetto State ever since.  They were married for 53 years and together, they  have four daughters, eight grandchildren and seven great-grandchildren.

Her charitable giving to USC (Columbia) has helped fund the Dodie Anderson Academic Enrichment Center, which has given Gamecock student-athletes a foundation of academic success and experience for years to come.

Anderson’s gift to USC Upstate led to an extensive renovation of the G.B. Hodge Center, which houses the Spartan basketball and volleyball programs as well as the schools’ Performance Center and athletic training facilities.  The donation is the largest single gift to the Athletics Department in USC Upstate’s history.

Her support of Greenville Technical College has led to endowed scholarships and provided the college with significant operating funds.  Her financial support of the Girl Scouts of South Carolina will make a lasting impact on young girls for years to come.  The Dodie Anderson Administrative Building was built at Camp WaBak in 2001 for the Girls Scouts in Marietta, S.C.

“Dodie Anderson is deserving of this tremendous honor,” said South Carolina Athletics Director Ray Tanner.  “Her impact on everything she has touched has been tremendous.  Our student-athletes benefit from her philanthropy every day when they walk into the ‘Dodie.'”