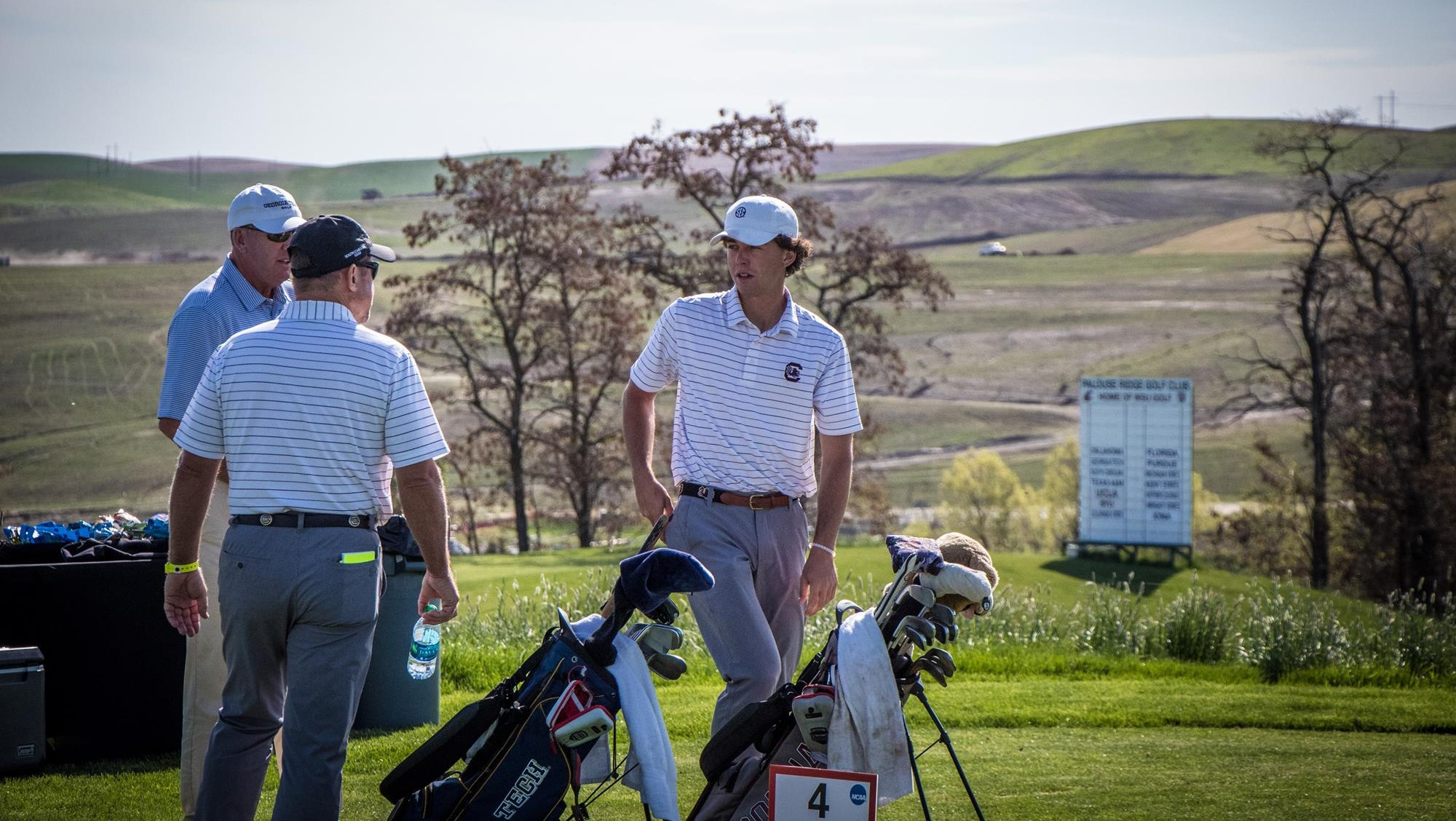 No. 17 South Carolina T-6th After Round One of NCAA Regionals

Stevens, Stachler and Hall shoot under par to pace Gamecocks out West in Pullman

PULLMAN, Wash. — No. 17 South Carolina opened play at the NCAA Pullman Regional on Monday with a 5-under 275. The Gamecocks are T-6th with Florida, UCLA and Purdue heading into round two, just six shots off the lead.

“It was a solid start to the tournament and I thought our guys looked pretty sharp from start to finish today,” said head coach Bill McDonald. “We’re going to have to play aggressively at times to take advantage of some of the easier holes but remain patient in certain situations as well. I feel really good about how prepared we look and the overall team attitude. The next couple of days will be a grind and we just need to be ready for it.”

Seniors Scott Stevens and Ryan Stachler paced Carolina, carding a pair of 67s (-3). Both players were bogey free over their first 16 holes. Stevens had a five at the par-4 17th hole, while Stachler made double bogey. Both players just missed birdie putts coming in at the par-5 18th hole.

Stachler led the Gamecocks with five birdies in the first round. He made the turn at 2-under and was 5-under for his round after consecutive red numbers at 15 and 16. Stevens had two birdies and an eagle at the par-5 10th hole. He stuck his second shot tight from the middle of the fairway and tapped in from four feet away for his three. Stevens was one of just two players in the 75-man field to have an eagle at 10.

Stevens and Stachler are T-9th, three shots behind the leaders at 6-under.

Freshman Ryan Hall had a solid round in his first action in the lineup this spring with a 1-under 69. The Knoxville, Tenn., native finished with three birdies. He shot 34 (-1) on the front nine and 35 (E) coming in.

Carolina will be in the second wave of tee times tomorrow morning going off on hole one paired with the Gators and Boilermakers. Miles will lead things off at 11:25 a.m. ET.