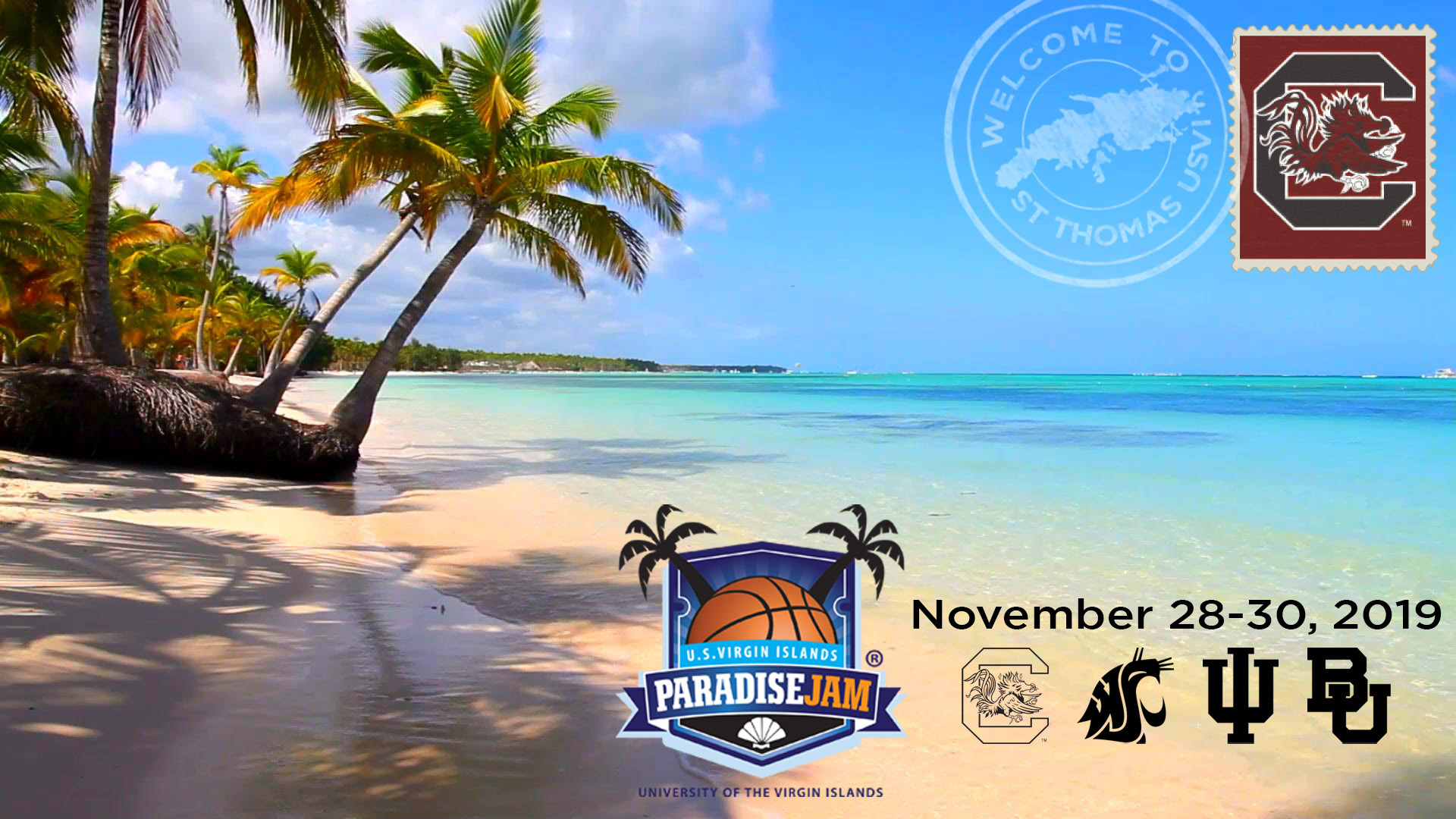 COLUMBIA, S.C. – South Carolina head women’s basketball is one of eight teams competing in the 2019 Paradise Jam, the organizers announced today. The Gamecocks will play in the Reef Tournament against Indiana, Washington State and reigning national champion Baylor on Thu., Nov. 28-30, at the University of the Virgin Islands’ Sports and Fitness Center in St. Thomas.

It will be South Carolina’s fourth trip to the Paradise Jam, including three under head coach Dawn Staley. The Gamecocks are 6-2 all-time at the event after winning the 2012 Reef Division championship and posting their first victory over a ranked team under Staley in the 2009 event. The 2019 visit to St. Thomas will bring Class of 2019 signee Aliyah Boston back to her home town for the first time as a college student-athlete.

The round-robin format Reef Tournament will see South Carolina play in the 9 p.m. AST (8 p.m. EST) game on each of the three days, beginning with Indiana on Thanksgiving Day. The Gamecocks and Washington State Cougars will square off on Friday, and the 2019 NCAA Elite Eight rematch of South Carolina and Baylor closes out the tournament on Saturday night.

Indiana (21-13, 8-10 Big 10) returns four starters from its NCAA Tournament Second Round team from last season, including its top three 3-point shooters who combined for 150 3s on 37.6 percent shooting from outside the arc. Washington State (9-21, 4-14 Pac-12) will bring back its top two scorers from head coach Kamie Ethridge’s first Cougar squad. Baylor (37-1, 18-0 Big 12) will miss two of its top three scorers from its 2018-19 team that swept the Big 12 regular-season and tournament titles en route to the national championship.

The Island Tournament includes Oregon, Louisville, Oklahoma State and UT Arlington in games slated to tip off at 2 p.m. and 4:15 p.m. each day.