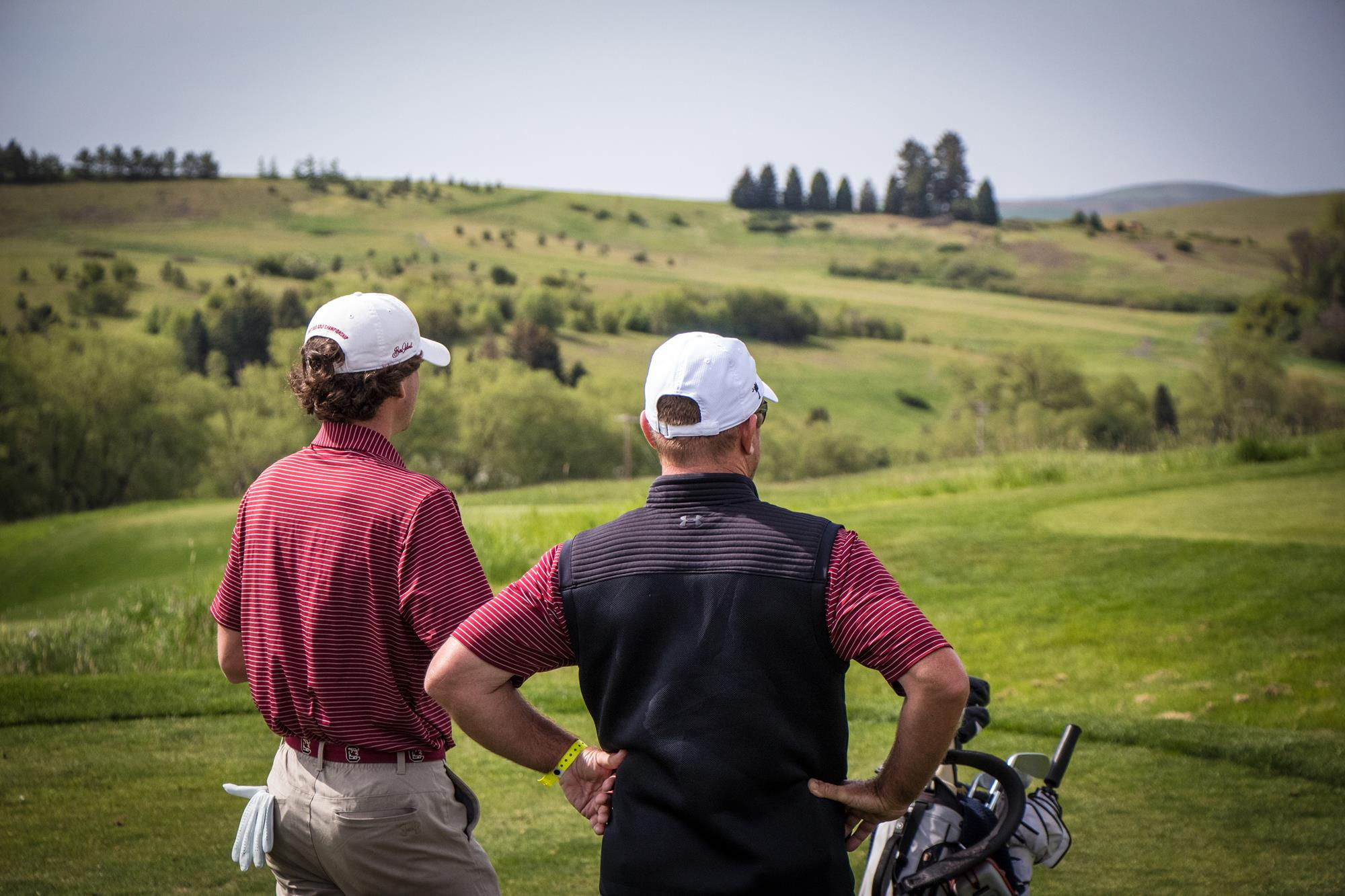 Stevens Leads No. 17 Gamecocks in Round Two of NCAA Regionals

Senior T-5th at 7-under overall, Carolina four shots back of NCAA Championship cutline

PULLMAN, Wash. – No. 17 South Carolina is in seventh place, four shots back of the NCAA Championship cutline after two rounds of the NCAA Pullman Regional. The Gamecocks posted a 3-under round of 277 on Tuesday led by senior Scott Stevens, who fired a 4-under 66.

“It was a frustrating round to watch from my perspective,” said head coach Bill McDonald. “We made numerous mistakes from good positions most of the day and we managed to make a pretty easy golf course look difficult.  Scott played well and Caleb hung in there, but we’re going to need a solid effort from all five tomorrow.”

Stevens is T-5th at 7-under for the tournament. The Chattanooga, Tenn., native had four birdies and an eagle. The only blemish on his scorecard was a double bogey at the par-3 13th hole. Stevens made the turn at 1-under (34) and shot 32 (-3) coming in. He drove the green at the par-4 15th and made a two. He closed strong with a birdie on 18 with another eagle attempt that was just shy of dropping in.

Freshman Ryan Hall also had five birdies as he carded an even par 70. The Knoxville, Tenn., native, got off to a slow start with a double on hole one after catching a tough break on his approach into the green. He bounced back with consecutive birdies at holes two and three. He made the turn at 1-over (36) and shot 34 (-1) coming in. Hall is T-31st at 1-under overall through 36 holes of play.

Senior Ryan Stachler was the final counting score with a 2-over 72. He finished strong with a short birdie make at the par-5 18th hole. Stachler is also T-31st at 1-under with Hall through two rounds.

Senior Will Miles had a nice start with two birdies in his opening three holes, but he shot 5-over the rest of the way to card a second round 73 (+3). Miles is 64th at 8-over for the tournament.

Carolina heads into tomorrow four shots off the pace for the NCAA Championship as the top-five teams advance to Fayetteville next week. The Gamecocks have the same tee times as today, with Miles leading things off on hole one at 11:25 a.m. ET.