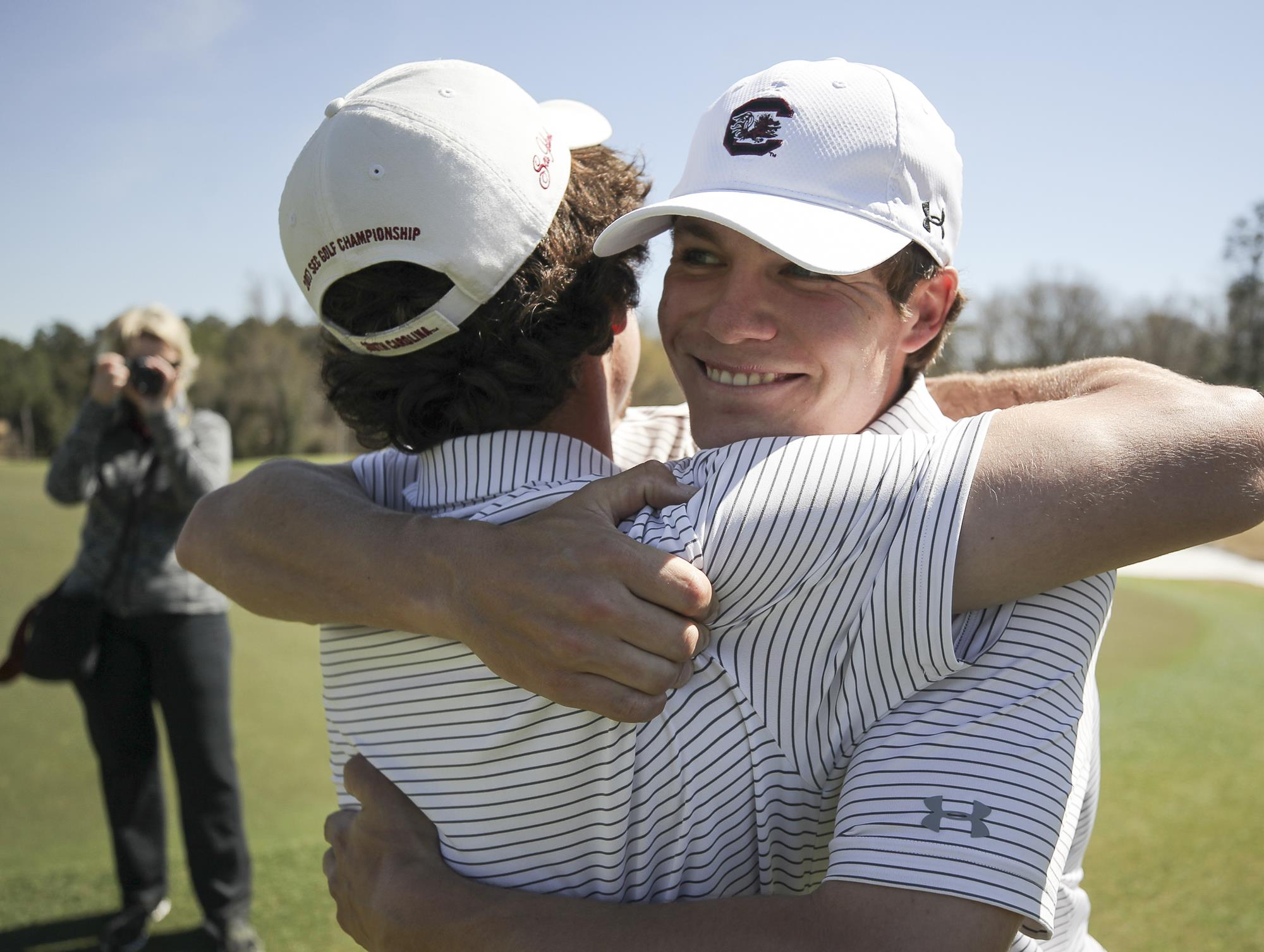 Stevens, who has had a consistent year from start to finish, is fresh off a T-3rd finish at the NCAA Pullman Regional (May 14-16) that helped propel the team to its first NCAA Championship appearance since 2016. The Chattanooga, Tenn., native, matched a career 54-hole low shooting 198 (-12) at Palouse Ridge Golf Club. He made the playoff clinching par putt to send Carolina to Fayetteville next week as well.

Stevens is ranked 21st in the nation in the latest Golfstat Player Rankings. He’s started every tournament the past four seasons at South Carolina and leads the team this season in scoring average (70.29), rounds of par or better (25), top-fives (3), top-10s (5) and top-20s (10). His career scoring average of 71.52 is currently the top mark all-time in program history.

Miles notched two individual wins this spring and was one of only two players in the league to tally multiple victories. SEC Player of the Year Will Gordon of Vanderbilt was the other. The Hilton Head Island, S.C., native, notched his first collegiate victory at the Cleveland Golf Palmetto Intercollegiate (March 11-12). He shot a career-low mark of 197 (-13) en route to a nine-shot win. Miles’ 197 T-2nd lowest 54-hole score in program history. His 21 rounds of par or better and seven top-20 finishes both rank second on the team and his 70.74 scoring ranks third behind Stevens and standout freshman Ryan Hall (70.39). He was named SEC Golfer of the Week after his win at Palmetto and again after taking home medalist honors at the Southern Intercollegiate (April 15).

The senior duo becomes the 15th and 16th All-SEC players under head coach Bill McDonald since 2007. Stevens is the 10th player in program history to be named First Team All-SEC since Carolina joined the league in 1992.

Stevens and Miles have started all 12 tournaments this season for the 15th-ranked Gamecocks. They’ve each played crucial roles in helping the team storm up the rankings with three wins this spring, including a 35-shot win at Palmetto Golf Club in which Carolina set the program 54-hole record after posting an 813 (-27).

Sophomore Jack Parrott was named to the SEC Community Service Team. He leads the team in community service hours for the 2018-19 academic year. The Columbia, S.C., native, took part in a Build-a-Bike event during the Gamecock Week of Giving in the fall. This spring, he participated in the first annual Gamecock Games and Curing Kids Cancer Fire Truck Pull. He most recently made a big impact on children at Meadowfield Elementary, where Gamecock student-athletes attended student-led conferences for children that did not have families who could attend to hear about their school work and accomplishments. He also was recently elected as a SAAC officer for the upcoming year.

PLAYER OF THE YEAR
Will Gordon, Vanderbilt