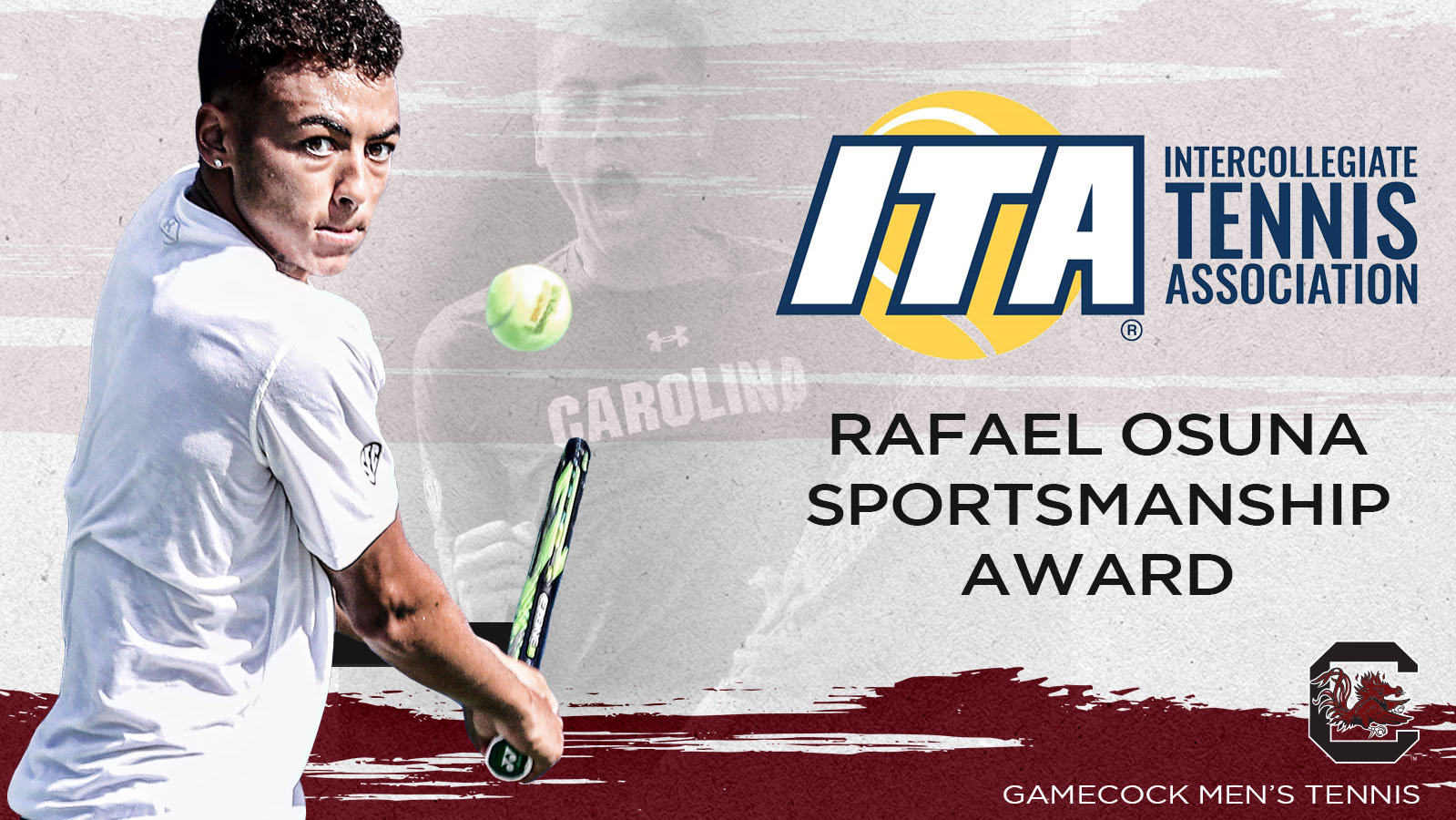 “It has been incredible to watch Paul pour himself into the team as much as he has this past year,” South Carolina head coach Josh Goffi said. “His results speak for themselves, but his leadership, sportsmanship and respect for the game are at the highest levels. Osuna was a great champion of the game, and Paul is completely deserving and worthy of this award.”

Jubb is the No. 5 seed in this week’s NCAA Singles Championship after already putting together one of the best season’s in Gamecock men’s tennis history. His 32-4 record includes a school-record 17 wins over nationally ranked opponents. He was a First-Team All-SEC selection after posting a school-record 11 SEC wins at the No. 1 spot in the singles lineup – more than any other Gamecock has amassed in that position in a career. His 11-4 SEC record set the school record for SEC winning percentage at .916, and he is among the program’s top three in three other single-season rankings. Earlier this week, he was named the ITA Carolina Region Arthur Ashe Jr. Leadership and Sportsmanship Award winner as well.

In the classroom, Jubb is a retail management major who has been on the Dean’s List (3.5 GPA or higher) two semesters and earned ITA Scholar-Athlete recognition in 2018. He has spent the last two seasons on the SEC Academic Honor Roll as well.

Jubb becomes the second Gamecock to capture the ITA/Rafael Osuna Sportsmanship Award after Chris Mayotte brought it home in 1979.