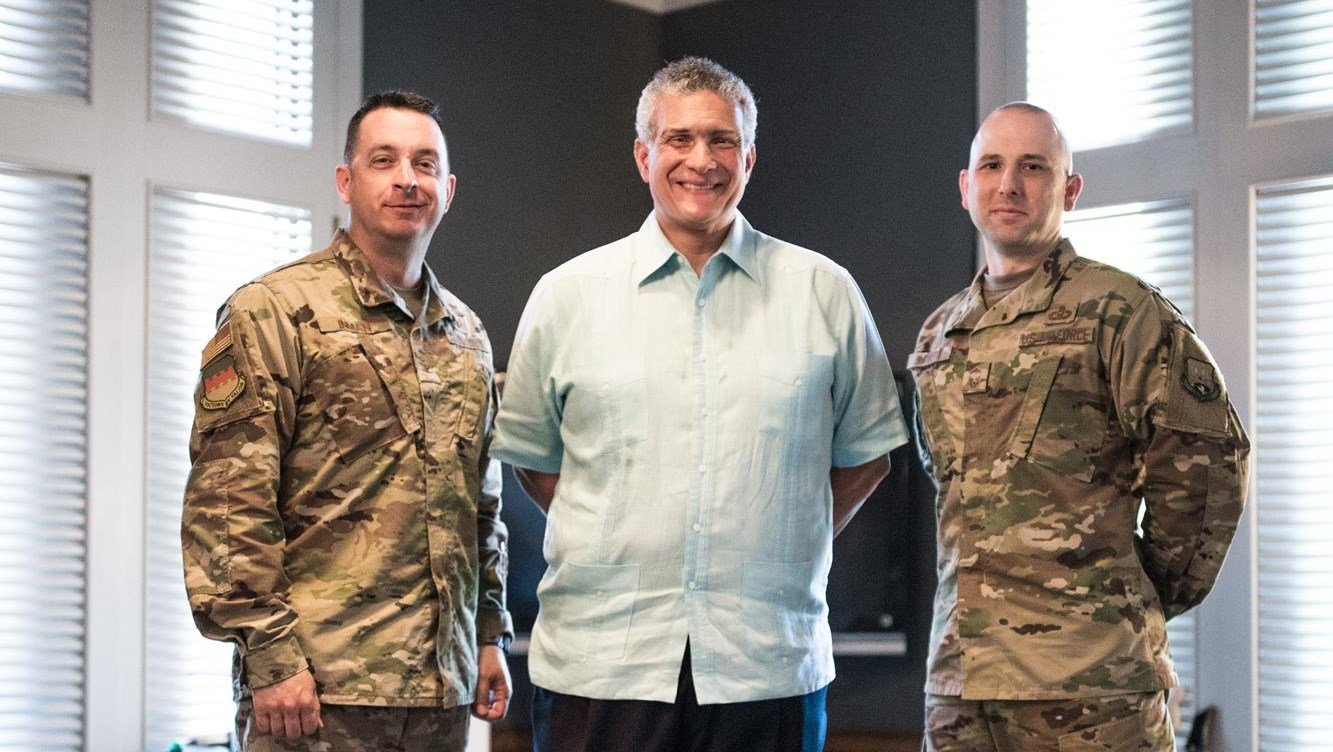 COLUMBIA, S.C. – South Carolina head men’s basketball coach Frank Martin was the first speaker in a newly formed four-part Leadership Discussion Series, a year-long collaboration between the University of South Carolina and Shaw Air Force Base.  The event was held last week at the Carolina Skies Club and Conference Center on Shaw Air Force Base.  The series will feature various leaders from the University, who will provide different perspectives on effective leadership techniques and strategies to the service men and women stationed at the Air Base.

Martin spoke on his leadership responsibilities as a basketball coach, while also sharing anecdotes and personal experiences he has had with leadership throughout his life.  After a 30-minute speaking segment, Martin then participated in a question and answer session with the group.

“I don’t care what walk of life you take, leadership is something that we all take for granted sometimes,” Martin said following the event.  “In today’s day and age, more than ever, opposition to leadership exists more than it’s ever existed.  It’s important that we all that have leadership jobs continue to convey that we all have similar challenges, so we can stay excited about the jobs that we’re trying to do.  Number one, I get to coach basketball, and our players play basketball, because of the sacrifices of our military in this country.  So anytime I can be a part of what the military stands for, I’m all in, it’s no questions asked.

“And the similarities between our organizations: we recruit 18-year-olds, just like the military, and we deal with their growth between the ages of 18, and 22-23, with the hope that eventually they become successful men and women, that gather success through the structure that is added in their life, and I think both organizations are very similar in its fundamentals.”

“Our Team Shaw/USC Leadership Discussion Series evolved from our Leadership Development Council’s desire to create an opportunity for our personnel to hear different leadership perspectives, in turn, creating an increased desire among our people to further invest in themselves and their units, with an overall goal of improving how we perform our mission,” commented Senior Master Sgt. Christopher Harvey, Air Forces Central Command aircrew controller.  “Coach Martin’s session was the first of four planned over the next year and his words were extremely well received. I look forward to our ongoing partnership with USC and this leadership development endeavor.”

Continue to visit GamecocksOnline.com for updates on South Carolina basketball.