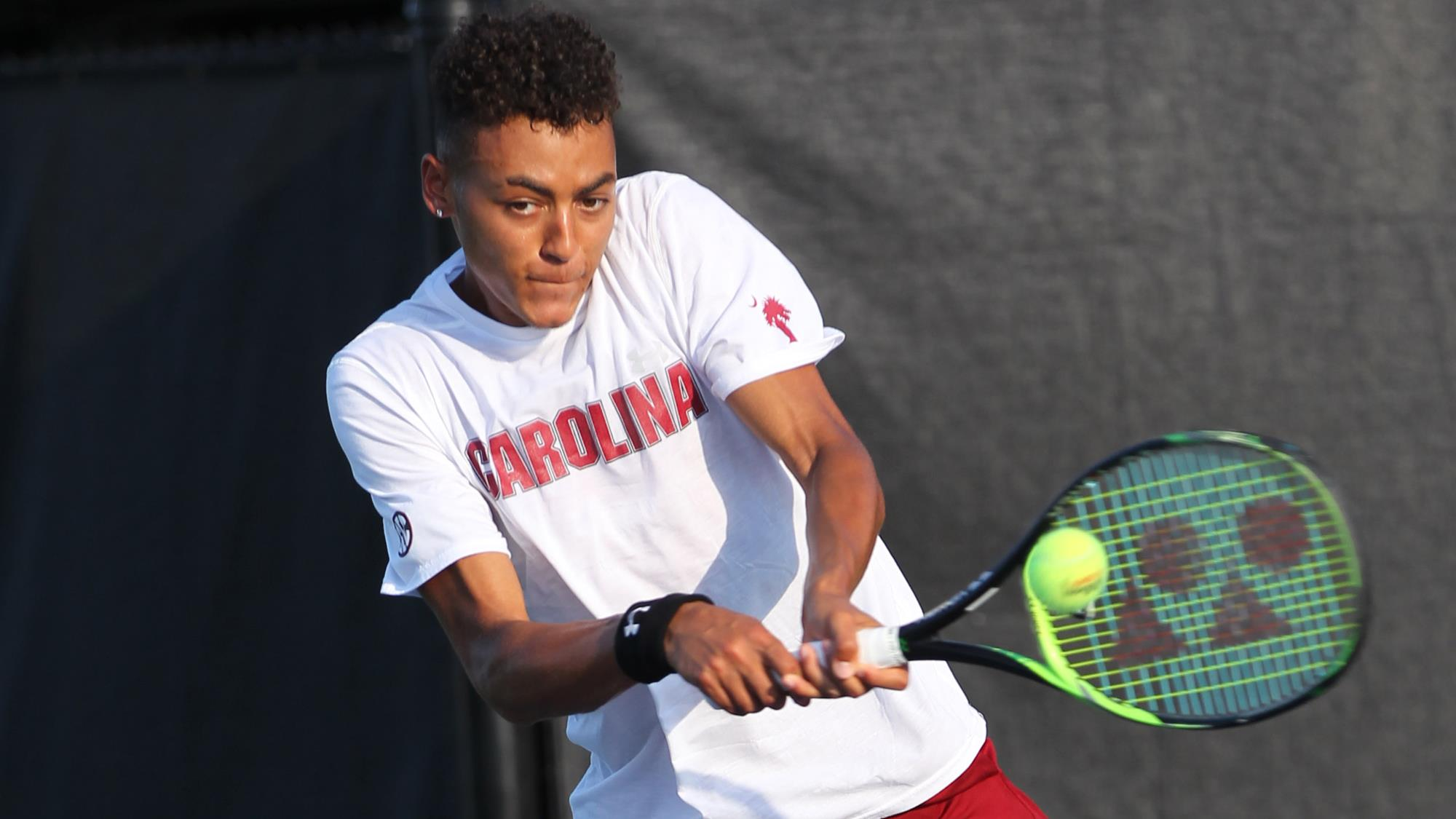 ORLANDO, Fla. – Facing his 23rd ranked opponent of the season, South Carolina junior Paul Jubb continued to deliver wins. In Tuesday’s 6-4, 7-6 (7) victory over No. 45 Dan Little of Utah, which moved him into the NCAA Singles Championship round of 16, the fourth-seeded Jubb consistently delivered the tight points at critical moments in the match.

Jubb and Little traded breaks early in the first set, which continued with a series of tight games as the two went toe-to-toe. The Gamecock junior’s constant pressure started to crack Little in the seventh game as Jubb went up 40-Love on his return game. Little fought back to 30-40, as many games in the set went, but Jubb would not be denied the break for a 4-3 lead. The two battled to 40-30 in each of the last two games with the server ultimately holding, which gave Jubb the opening set 6-4.

The second set opened just like the first with Jubb and Little playing deep into games. Also, like the first, Little delivered the first break, giving him a 3-1 lead. South Carolina’s Hull, England, product fought back and delivered a deuce point on his countryman’s next service game to get back on serve at 2-3. Four games later, the two traded service breaks again with Jubb delivering the first blow when his tough backhand volley on break point gave him a 5-4 lead. Little bounced back in the next game, erasing Jubb’s 30-Love lead to break back for a 5-5 tie.

The set went to a tiebreak after Jubb fought off another Little rally with a service winner up the middle to knot the set at 6-6.

In the tiebreak, Utah’s senior jumped out to a 4-1 lead before Jubb answered with four straight points to get back on serve at 4-5. The two Englishmen each won their service points through the next three changes of serve, which put Jubb in front 8-7 with Little serving to stay in the match. A strong Jubb return up the middle yielded a backhand error from Little to close out the victory.

In Wednesday’s round of 16, Jubb will face No. 39 Benjamin Sigouin of North Carolina, who advanced after a three-set win on Tuesday. Sigouin is 17-7 on the season, including a 10-5 mark at the No. 2 spot in the Tar Heels’ lineup.