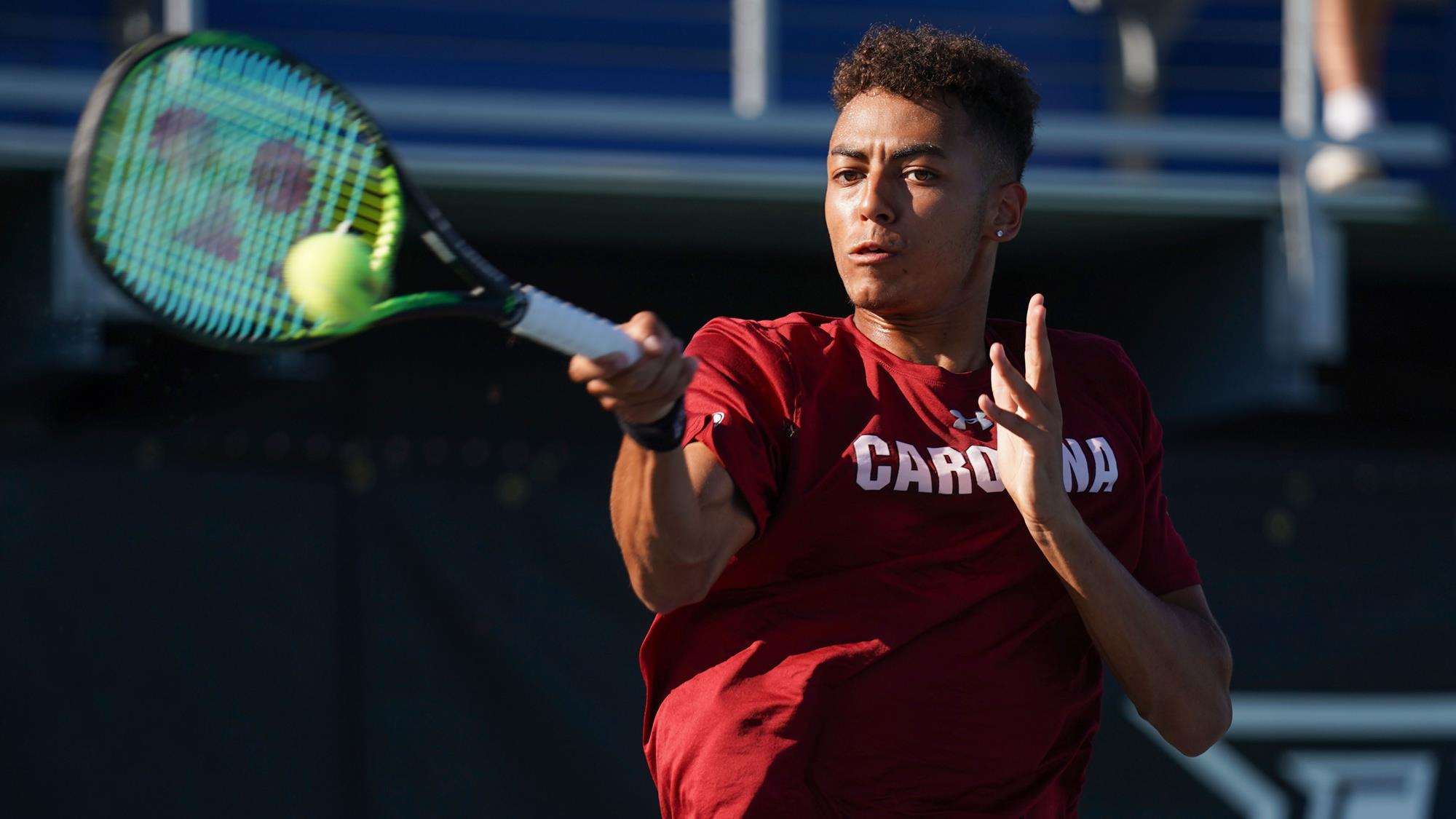 Jubb served to open the match, which had an inauspicious start with Sigouin taking the break. The Gamecocks’ unflappable senior proceeded to win the next six games to set up his efficient victory.

“I didn’t let the first game affect me too much,” Jubb said. “I knew I had to stick to playing the right way and getting into the match as quickly as possible. I was able to play a few good points back-to-back in his return game, and he didn’t seem ready for that.”

In the second set, the two stayed on serve, including a Jubb hold at Love punctuated with a huge ace to make it a 2-2 contest. With the set knotted at 4-4, Jubb took a 30-Love lead on Sigouin’s serve. The Tar Heel sophomore fought back to 30-40, but South Carolina’s Hull, England, native would not be denied the break that put the match on his serve.

“He had me on the run (in that break point), and I just had to stay in there,” Jubb said. “He was making errors throughout the match, so I knew that anything in the court was better than me feeling pressure to make a big shot. I just wanted to keep it in the court and see where I could gain ground. The slice I hit didn’t feel great, but it hit the line and he wasn’t in position.”

With a 5-4 lead, Jubb saw his service game go to deuce, but the steely-eyed junior leveled a serve up the T and deep to solicit a forehand that sailed long for the 6-4 victory.

Jubb joins Guillaume Legat as the only Gamecocks to reach the NCAA Singles Championship quarterfinals in program history. Legat, who is also the last Gamecock to earn a seed at the tournament, advanced to the semifinals in the 2001 championship.

In Thursday’s quarterfinal match, Jubb will face No. 61 Giovanni Oradini of Mississippi State, who, like Jubb’s previous two opponents, advanced with a three-set victory Wednesday evening.