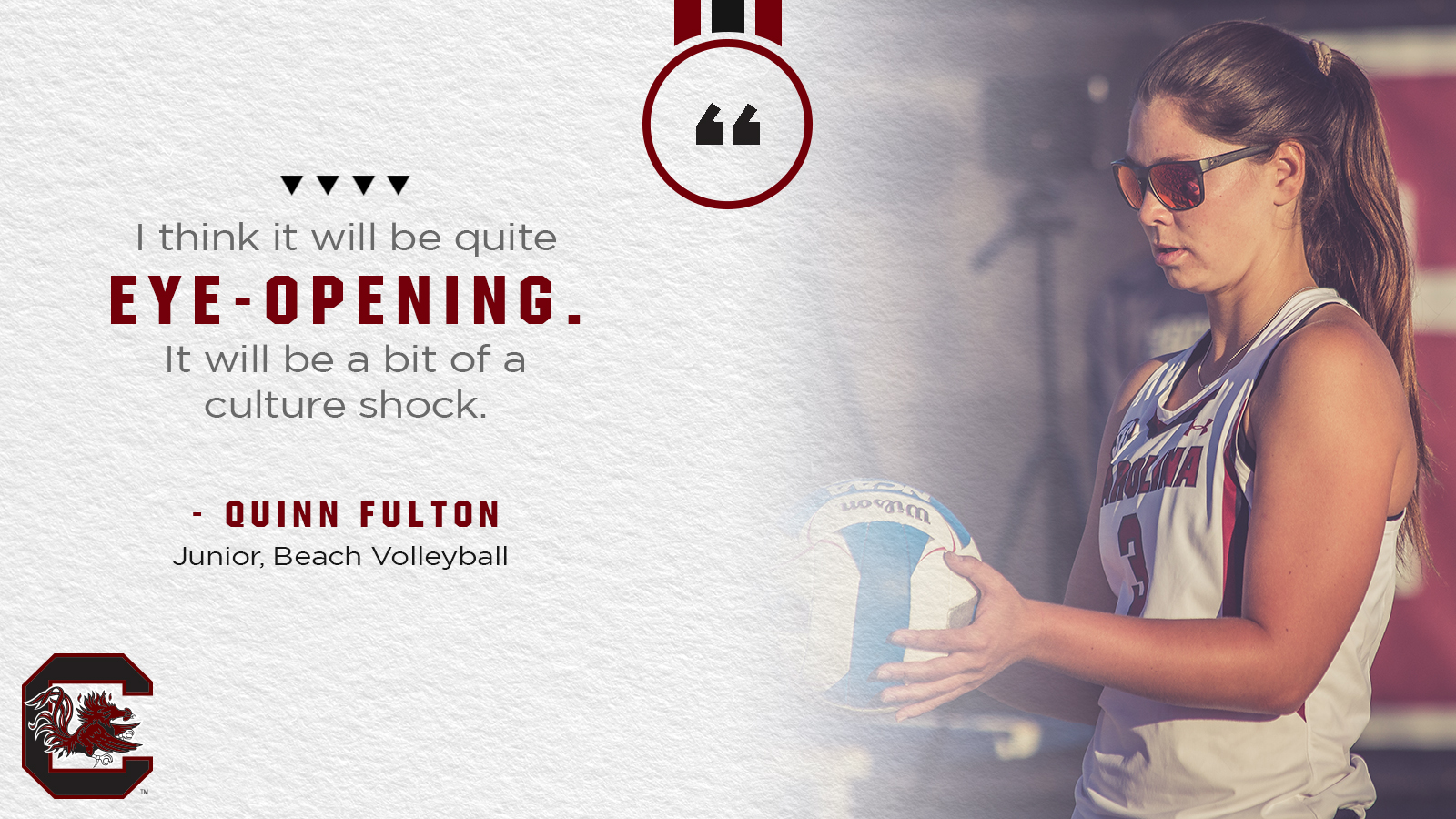 A pair of South Carolina beach volleyball student-athletes may be taking time off from competing, but they won’t exactly be relaxing with their toes in the sand as they immerse themselves into another culture. Rising juniors Louise Kooiman and Quinn Fulton are headed to Vietnam for three weeks to teach underprivileged children there as part of the Coach for College program.

“This program provides a perfect opportunity for me to work hands-on in the field doing exactly what I want to do; teaching students at the middle level and traveling to a rural community,” said Kooiman, who is a middle level education major with an emphasis on math and science. “Hopefully I can help make a contribution to the program and the kids there.”

“I love anything that has do with other countries and politics,” said Fulton, who is studying international political science. “I have also worked with kids in another country in the past. I’m part of an organization in California that goes down to Mexico and works with kids in orphanages down there. I love kids, and I love going to other countries to help. So, this program seemed like the perfect fit for me.

“In Mexico I would teach English and teach some classes and work with the kids in social situations. I’d also teach them some different sports, life skills or different subjects in school.”

Similarly, Coach for College is a non-profit organization that offers student-athletes the chance to teach youths in rural parts of developing countries. This is part of a global initiative to promote higher education and life skills through sports. South Carolina student-athletes have been joining other student-athletes from around the country for similar trips for the last six summers.

“I look forward to it as being a great opportunity. I’m more excited than nervous.”
– Louise  Kooiman 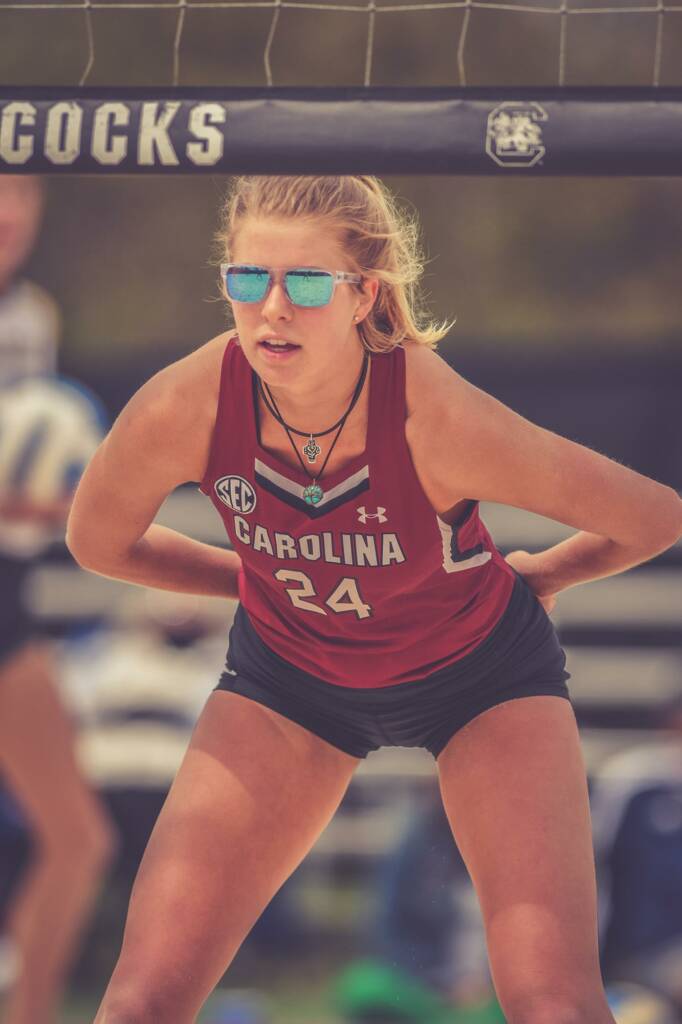 While Fulton does speak Spanish, neither she nor Kooiman speak Vietnamese. Fortunately, Coach for College provides translators to assist them while teaching.

“I get to coach volleyball, which is exciting since that is the sport I play,” Fulton said. “I will also teach English, which is good because I don’t think I could teach physics or math!”

“I’ll be teaching mathematics and coaching volleyball as well,” said Kooiman. “I think it will give me a positive experience in the field because I’ll help develop lesson plans. I’m not only working with other teachers, but I’m working with students who don’t speak English, which will be a great challenge for me to develop my teaching skills. Anytime I can get in the classroom and learn from other people, it’s going to be beneficial to my growth as a teacher.”

Going halfway around the world to a place that will not have many of the amenities they have become accustomed to in the United States may make them a little apprehensive, but they’re not backing down in their enthusiasm for their upcoming experience.

“I’m a little bit nervous because I’ve never been to Southeast Asia,” Fulton said. “I think my excitement out-weighs the nerves. Having Louise go with me is a huge reliever for any anxiety I may have. Having each other will help.”

“I’m a little bit nervous, but I know there are great resources to help me,” Kooiman said. “I look forward to it as being a great opportunity. I’m more excited than nervous. Quinn and I were praying that we would be able to go to the same camp for this, so having her there for support will be great. I have no doubt she’ll have my back, and I’ll have hers.”

Both expect it to be a life-changing experience that will make them more appreciative of the lives they have in the United States.

“I’ve spoken to some other student-athletes who have gone, and they told me I just have to go,” Kooiman said. “They’ve said it’s life-changing, so hearing that made me more invested in the program. They did say there is a bit of culture shock in understanding they don’t have the resources there that many other parts of the world have that we take for granted. Being in an environment like that will be an awesome experience and will be very humbling. I’m looking forward to developing relationships with people who are so different than we are and have lived different lives.”

“I think it will be quite eye-opening,” Fulton said. “We’ll be in rural Vietnam, far from any major cities. It will be a bit of a culture shock to see how they live compared to how we live.”

While they will be helping the children there through education, the Gamecocks will also receive an education that will help them in their future careers.

“I want to work in human rights in other countries that are developing more areas for human rights,” Fulton said. “I think it’s really important to understand the people and the culture of other countries in order to effectively communicate their needs. Going to Vietnam, finding out what these people are like and what they need, will help me have a better understanding of other cultures out there in the world. That should help me in my future profession.”

Kooiman and Fulton leave on May 22, and both look forward to sharing their experience when they return.