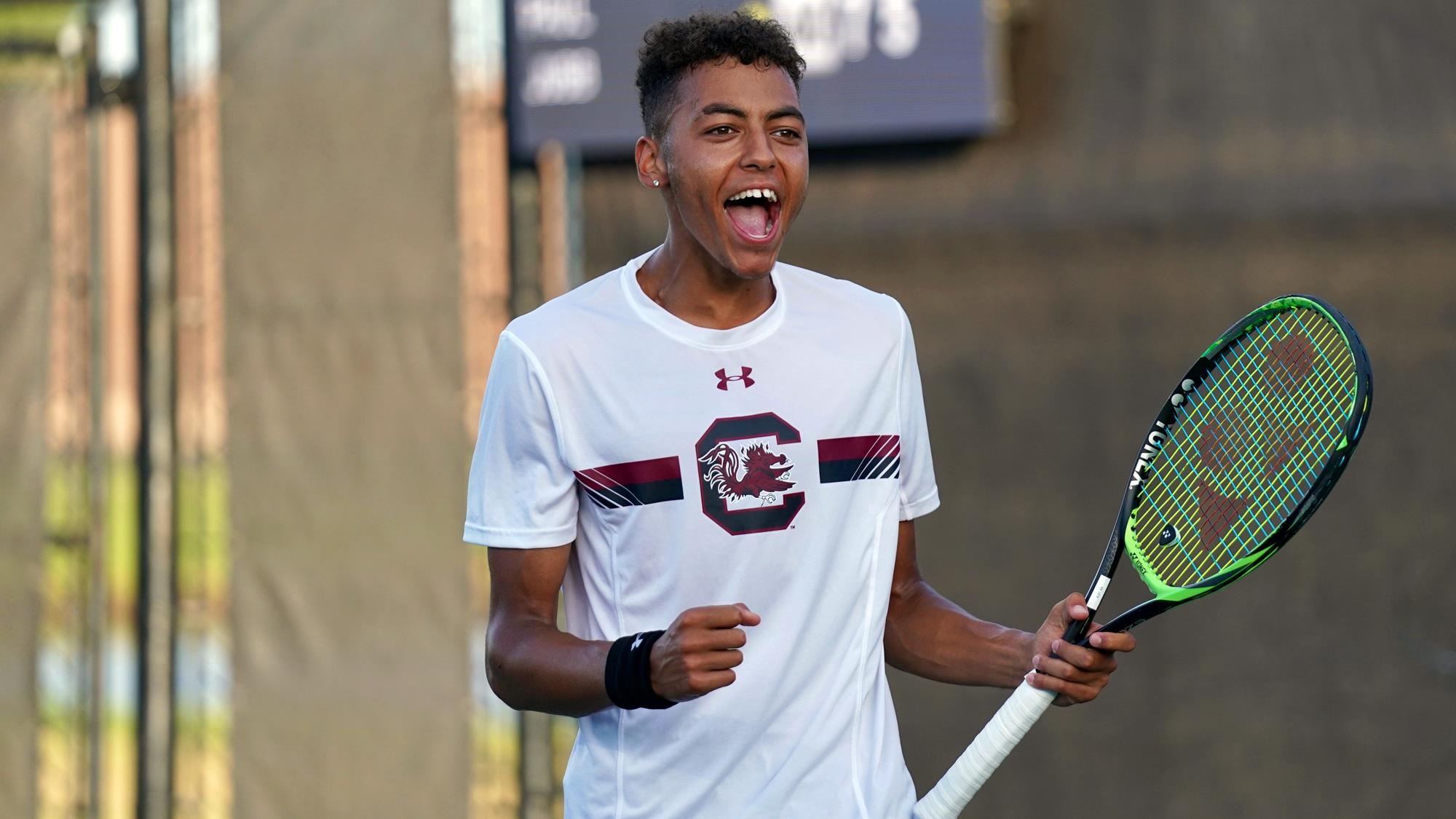 ORLANDO, Fla. – South Carolina junior Paul Jubb continued his chase of program history with a 7-6 (4), 6-3 win in the NCAA Singles Championship quarterfinals Thursday evening at the USTA National Campus. He is just the second Gamecock ever to reach the event’s semifinal round.

The all-SEC quarterfinal match pitted No. 5 Jubb against No. 61 Giovanni Oradini of Mississippi State. The two traded breaks early and again late in the first set with neither showing signs of giving in. After Jubb held at Love to send the set into a tiebreak, the two were on serve late in the tiebreak until Jubb took a 5-4 lead when Oradini’s shot clipped the net. The Gamecock junior had the set on his racquet with two serves upcoming, and he finished it off with a powerful serve up the middle that Oradini could not handle for the 7-6 (4) victory.

Jubb jumped out to a 3-0 lead in the second set behind more great serving that kept Oradini on his heels. The Mississippi State junior got back in the match with a break in the fifth game.

Never distracted by a setback, Jubb quickly re-established himself by playing up in the court and getting back to his aggressive play. A dominant service game put him back up 4-3 and the inevitable second break came at 5-3 to leave the Hull, England, native to service for the match.

Jubb closed out the victory with another hold at Love to match Guillaume Legat’s semifinal finish as the best in program history.

In Friday’s semifinals, Jubb will take on either No. 10 Aleksander Kovacevic of Illinois or No. 54 Sam Riffice of Florida.