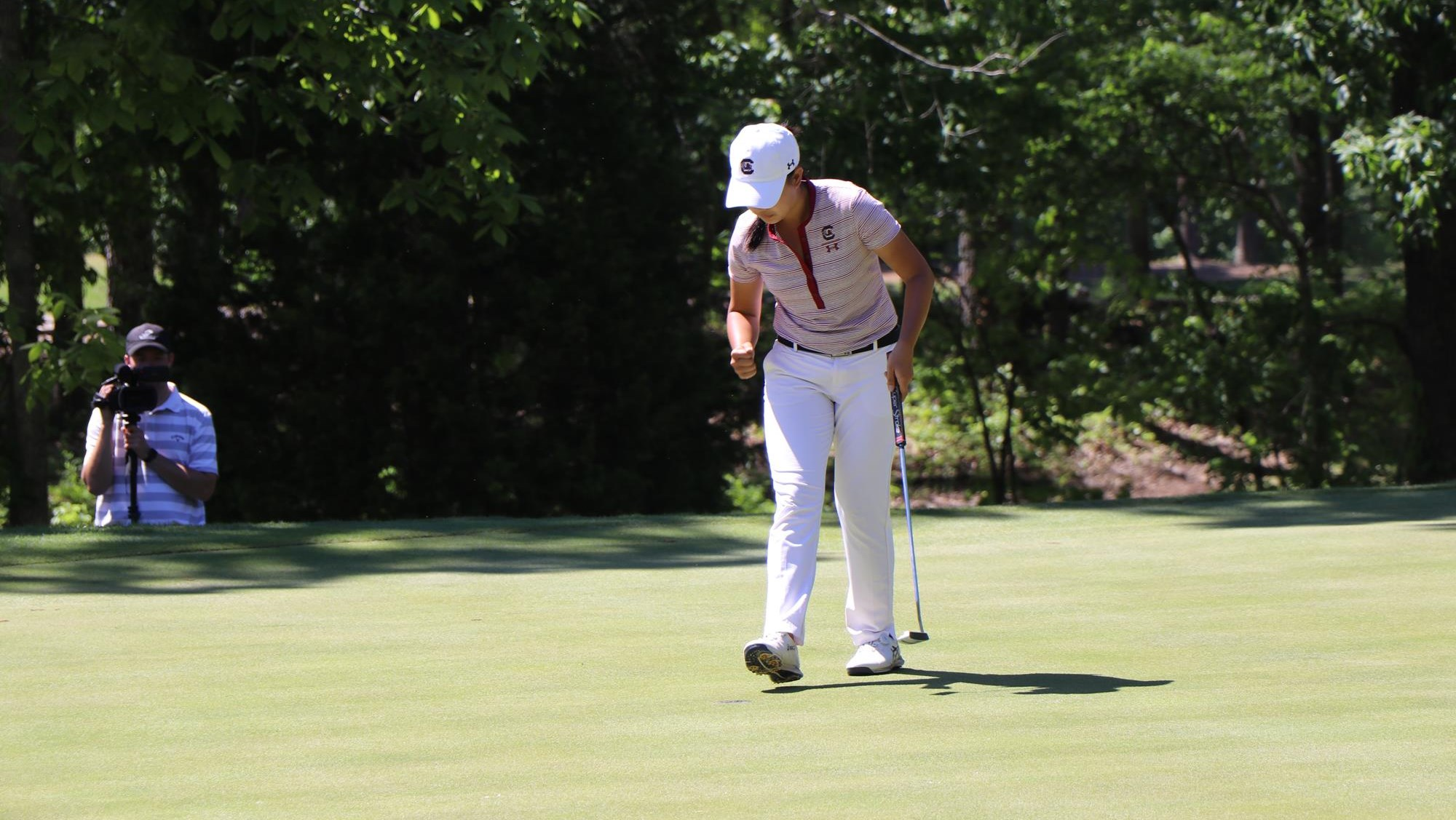 Go becomes the seventh Gamecock to garner All-America honors in multiple seasons. She completed her junior campaign with a scoring average of 72.82, the eighth-best single-season scoring average in program history. She currently holds the career scoring average record at 72.63 and has five top-5 career finishes, including four during the 2018-19 season. Throughout the season Go was repeatedly named on the ANNIKA Award Watch List, the award for the nation’s top women’s collegiate golfer. Her top performance during the season was at the Allstate Sugar Bowl, where she finished in a tie for third, tying her best career finish. She also claimed a top-5 finish at the 2019 SEC Championships.

Off the course, Go was awarded with the SEC Scholar Athlete of the Year and was named to the SEC Community Service team.

Price is the first freshman to earn All-America honors since teammate Ana Pelaez earned the laurel in 2016-17. In her rookie campaign, Price was one of the most consistent performers for the Gamecocks. She ended the season with the lowest all-time freshman scoring average at 72.81, and led the team. That same scoring average also is the seventh-best scoring average in program history. Her performance throughout the season earned her Second Team All-SEC honors while also being named Carolina’s first-ever SEC Freshman of the Year. The awards piled up for Price during the season, she earned SEC Freshman of the Week in April and was named to the SEC All-Freshman team. Price had her best finish in her postseason debut, completing the 2019 SEC Championships in a tie for fifth.

The Gamecocks, who closed their 2018-19 campaign ranked No. 12 by Golfstat, have now boasted multiple All-America honorees in each of the last six years under head coach Kalen Anderson.