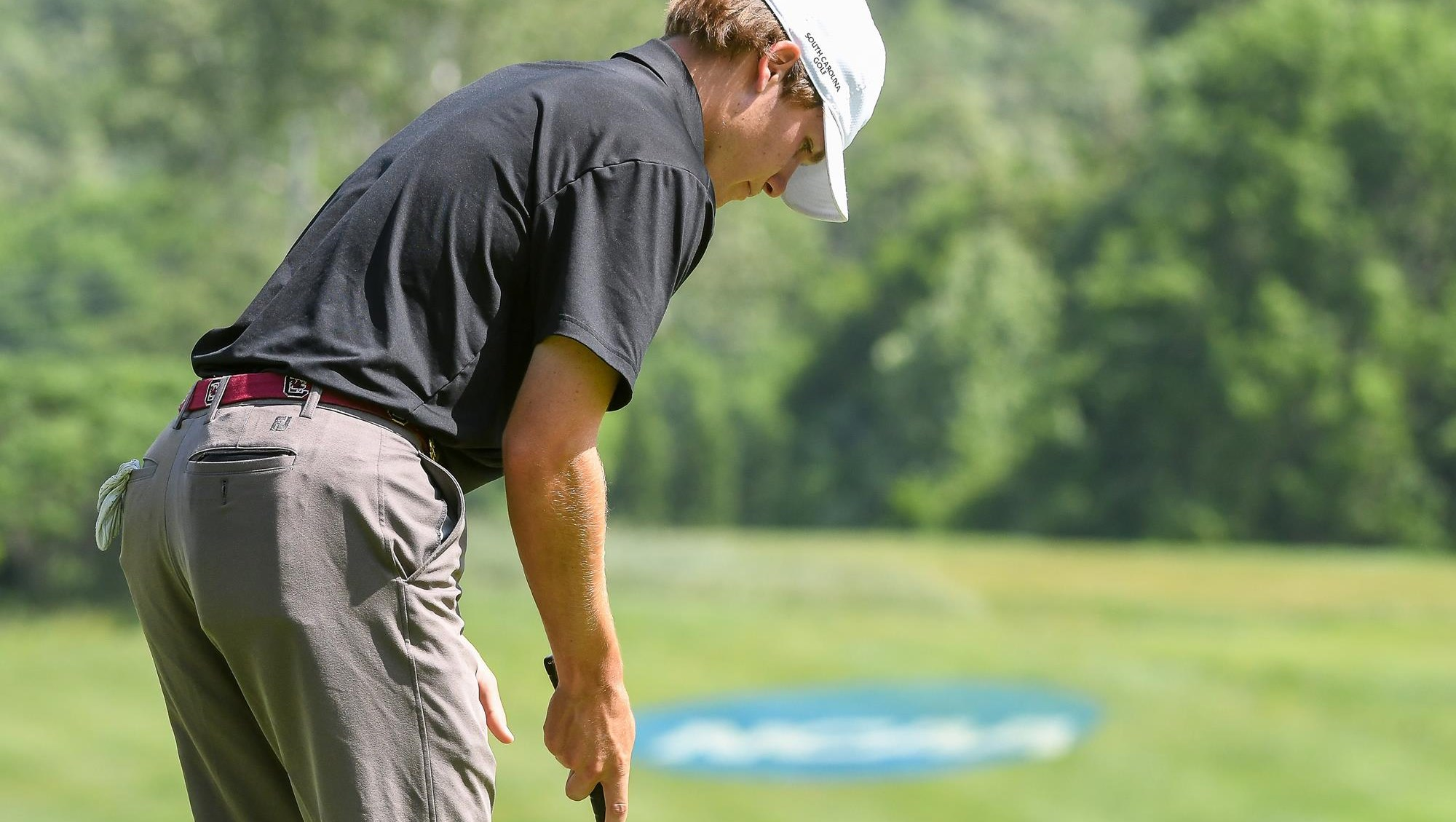 Gamecocks T-14th After Day One of NCAA Championship

FAYETTEVILLE, Ark. — South Carolina is T-14th at the NCAA Championship after shooting 305 (+17) in Friday’s opening round. Senior Will Miles fought back from a tough start and paced the Gamecocks with a 74 (+2), turning in a bogey free 2-under (34) on the front nine.

The Hilton Head Island, S.C., native, made the turn at 4-over in his National Championship debut. He grinded coming in with back-to-back red numbers on holes five and six. Miles chipped it close and made a short birdie at the par-5 fifth. He then sunk a 25-footer left of the hole at the par-4 sixth.

Scoring was difficult with fast and firm greens at Blessings Golf Club. Carolina was in the morning wave of tee times paired with No. 16 LSU and No. 17 Texas A&M and finished up its around 1 p.m. ET today.

“We aren’t that far off from playing well even though the scores today don’t really show it,” said head coach Bill McDonald. “I’m proud of how the guys handled a very frustrating day and I think they’re really wanting to get back out there tomorrow and post some good scores.  The golf course is very demanding and our execution has to improve in order to score better.”

Freshman Ryan Hall posted a solid even par 72, but was dinged three shots in the scoring tent for slow play when he was signing his card after the round. The Knoxville, Tenn., native, was 2-under on the back nine with three birdies and just one bogey before being assessed the penalty.

Senior Scott Stevens shot 75 (+3) and is tied with Hall at 3-over. The Chattanooga, Tenn., native, got off to a rock solid start and made the turn at 1-under (35) with a pair of birdies. He had a pair of double bogeys coming into the clubhouse, shooting 4-over on the front side. Stevens caught a tough break on his double at hole four as his approach shot from the fairway hit a sprinkler head and bounced high over the green and into the fescue. He closed with a double on the par-4 ninth after an errant tee shot missed the fairway.

Senior Ryan Stachler had a rough start as he made two double bogeys on the front nine to make the turn at 7-over (43). He closed with a 2-over 38 coming in to card an 81 in his NCAA Championship debut.

Carolina goes off in the afternoon wave of teams Saturday for round two. The order will not be reshuffled as Hall will lead things off at 12:10 ET on hole 10 for the Gamecocks.