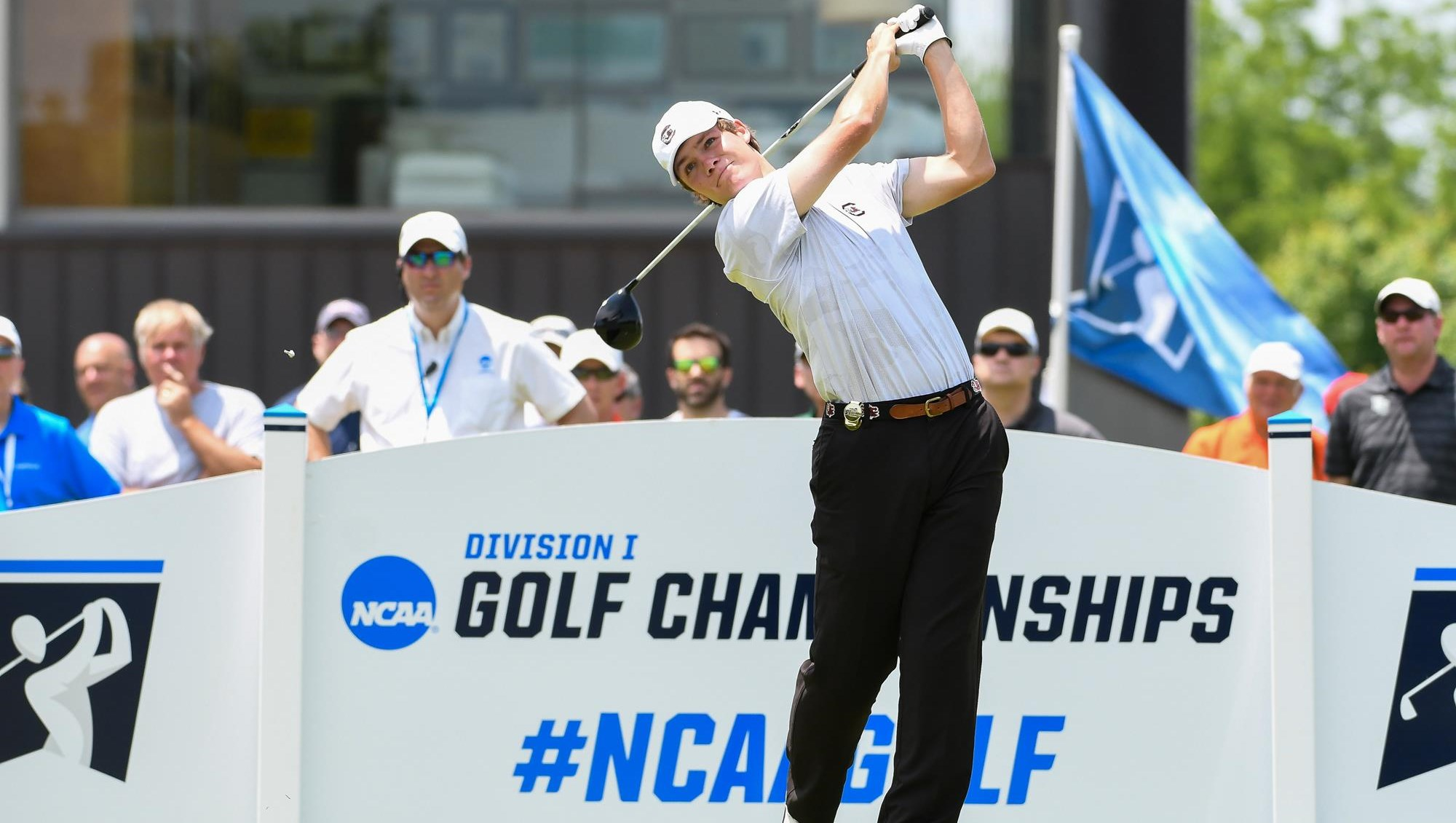 NORMAN, Okla. – Senior Scott Stevens, senior Will Miles and freshman Ryan Hall were named PING All-Southeast Region the Golf Coaches Association of America announced. It’s the second time Stevens has been named to the all-region team, and the first time for Miles and Hall.

Stevens, a four-year starter that hasn’t missed in a tournament in his Gamecocks career, came into the NCAA Championship this week the all-time scoring average leader at South Carolina (71.52). Stevens is ranked 21st in the nation in the latest Golfstat Player Rankings. The Chattanooga, Tenn., native leads the team this season in scoring average (70.29), rounds of par or better (25), top-fives (3), top-10s (5) and top-20s (10). His 20 career top-10s are T-3rd most in program history.

Miles notched two individual wins this spring and was one of only two players in the Southeastern Conference to tally multiple victories. SEC Player of the Year Will Gordon of Vanderbilt was the other. The Hilton Head Island, S.C., native, recorded his first collegiate victory at the Cleveland Golf Palmetto Intercollegiate (March 11-12). He shot a career-low mark of 197 (-13) en route to a nine-shot win. Miles’ 197 T-2nd lowest 54-hole score in program history. His 21 rounds of par or better and seven top-20 finishes both rank second on the team and his 70.74 scoring ranks third behind Stevens and Hall (70.39).

Hall started every tournament this fall for the Gamecocks with three top-20 finishes. He was out most of the spring with a wrist injury. Hall competed for the first time as an individual at the Wofford Invitational where he earned runner-up medalist honors after shooting 209 (-7). The Knoxville, Tenn., native, made his return to the lineup at the NCAA Pullman Regional. Hall shot a career-best 205 (-5) on the par-70 course and finished T-24th. He posted three rounds of par or better, including a bogey free 4-under 66 in the final round to help Carolina punch its ticket back to the NCAA Championship.

The Gamecocks tee off in the afternoon wave at 1:22 p.m. ET today in the third round of stroke play at the NCAA Championship. Carolina started the day T-18th, three shots out of 15th place. The top-15 teams after today advance to the final round of stroke play tomorrow. Live scoring is available via Golfstat. Stay tuned to GamecocksOnline.com for updates on today’s round.