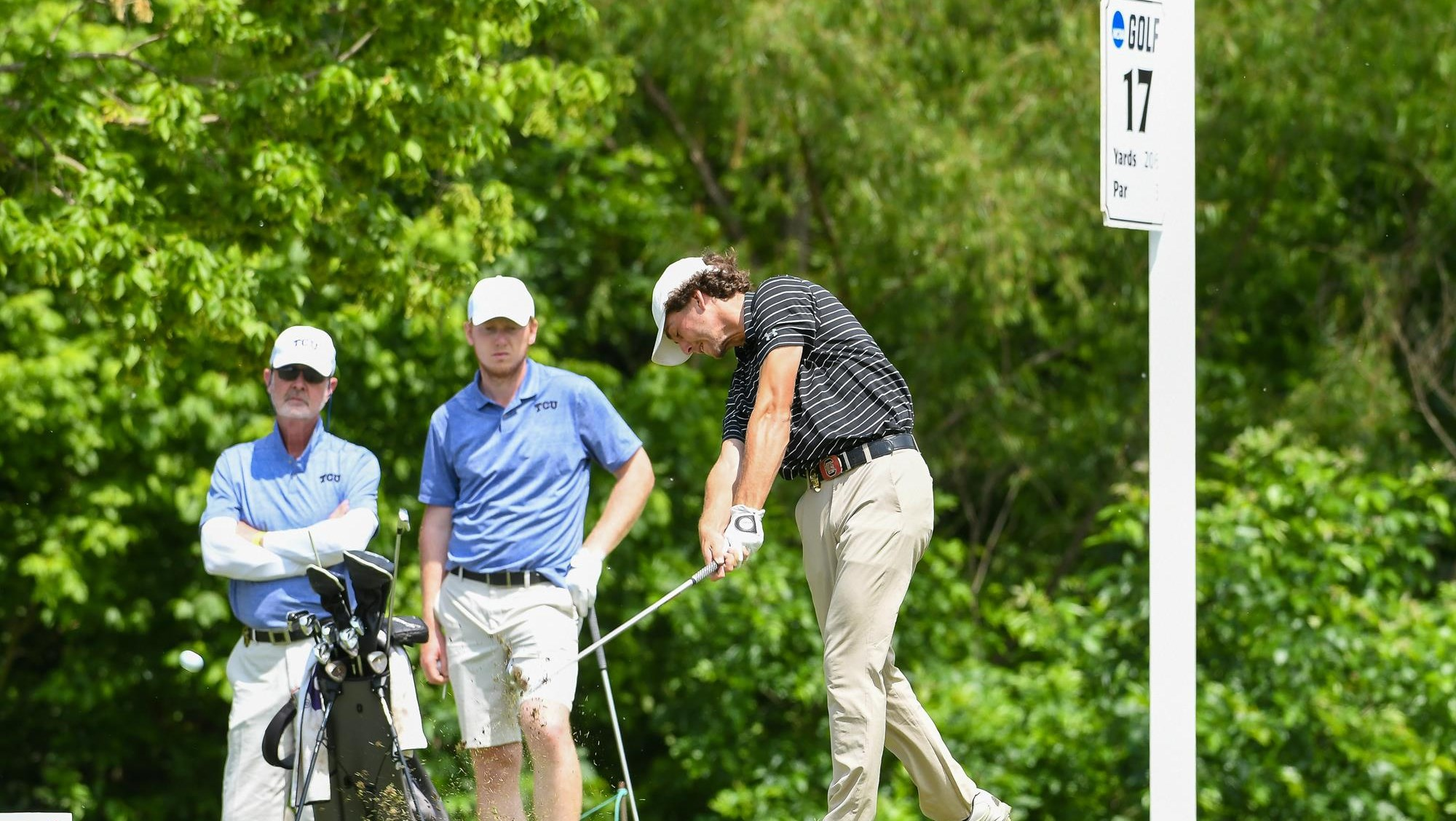 No. 15 Gamecocks Season Ends on Day Three of NCAA Championship

“I’m really proud of these seniors and I’m sorry their career has come to an end,” said head coach Bill McDonald. “They’re great kids, and they’ve been an absolute pleasure to coach. We just didn’t have our best stuff this week, but I believe we had an incredible year as a team. I really appreciate all the hard work the entire team put into this season and the support from the parents as well.”

Carolina was paced by its senior All-SEC duo of Scott Stevens and Will Miles in the third round today as they each shot even par 72s. Stevens started his day 2-under with consecutive birdies at holes 14 and 15. He missed an 8-foot par save on 16 and then caught a tough break on the tee at the par-3 17th hole. Stevens slipped on his tee shot and hit it into the hazard, making a six on the hole. He made the turn at 2-over (38) and shot 34 (-2) on the back nine with three birdies and just one bogey. Miles played great coming in as well with three birdies and just one bogey as he shot 34 (-2) on his back nine.

The Gamecocks were well inside the cutline at 31-over with four holes to play after the counting scores all made birdies at the par-5 fifth hole. Carolina lost seven shots on the closing three holes to finish 10-over on the day.

Freshman Ryan Hall fought back to shoot 75 (+3) after a tough start. He opened with a double on hole 10 and a bogey on the next hole. He made pars the rest of the back nine to make the turn at 3-over (39). The Knoxville, Tenn., native, got it back to 1-over through 14 holes with birdies on the two par-5s, holes two and five. Hall made a pair of bogeys coming in over his final four holes that hurt is score.

Senior Ryan Stachler was the final counting score with a 79 (+7). He was 2-over through five holes but closed with a bogey and two doubles over his final four.

The top-nine individuals on non-advancing teams will play in tomorrow’s final round of stroke play. Miles, who is T-29th at 5-over for the tournament, will play in a one-man playoff at 10:15 a.m. ET on holes one and 18 for the final individual spot with Trent Phillips of Georgia and Justin Kim of UNLV.

NOTABLE
> Hall shot 72 (E) in the opening round of stoke play on Friday and was penalized three shots along with the LSU player in his group for slow play.
> He led the team with 12 birdies in his NCAA Championship debut and was one of just 21 players in the 156-man field to have 12 or more red numbers.
> The Gamecocks were hurt by 17 double bogeys this week at Blessings Golf Club.
> Stevens, a First Team All-SEC Selection and PING All-Southeast Region pick, finishes his South Carolina career the all-time leading scoring average leader in program history at 71.56, just in front of three-time All-American Matthew NeSmith (71.62). He has started every tournament the past four seasons for the Gamecocks.
> South Carolina made its 21st all-time NCAA Championship appearance in Fayetteville this week. It’s the seventh trip in 13 seasons under McDonald.