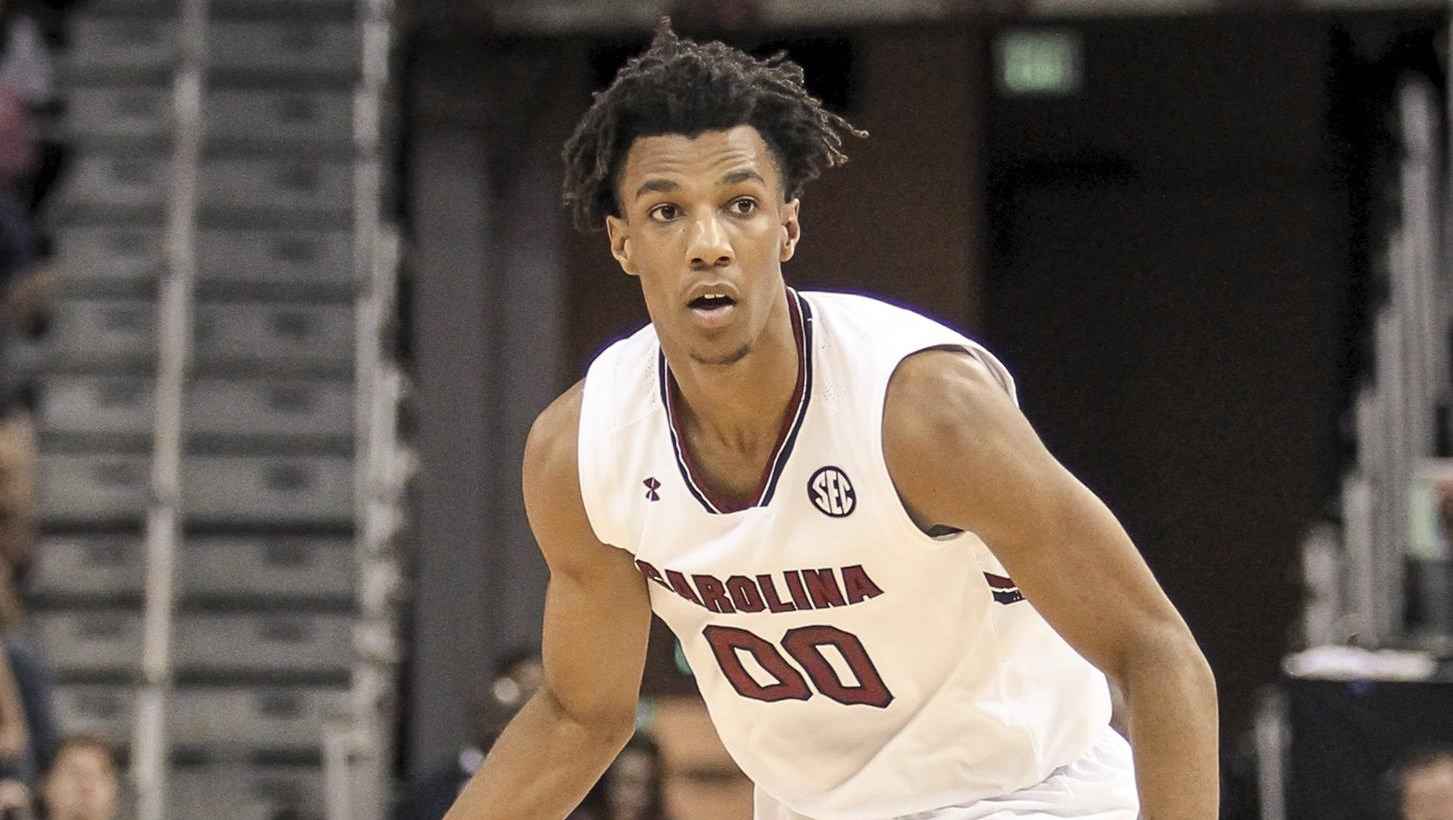 COLUMBIA, S.C. – University of South Carolina rising sophomore guard A.J. Lawson announced via his social media accounts on Tuesday that he will withdraw his name from the 2019 NBA Draft and return to South Carolina for his sophomore campaign.  Lawson, who will be Carolina’s top returning scorer and assist maker next season, was a 2019 SEC All-Freshman Team honoree.

“I’m announcing today that I will be withdrawing my name from the NBA Draft and I’m excited to return to Carolina for my sophomore season as a Gamecock,” Lawson commented.

Lawson averaged 13.4 points, 4.3 rebounds and 2.9 assists per game during his rookie season in the Garnet and Black, en route to SEC All-Freshman Team accolades from league coaches.  He had 18 double-figure scoring games, including six 20-point outings, while also dishing five or more assists a team-best eight times.  In conference action, Lawson had nine double-figure scoring games, including an SEC season high 24 points in two Gamecocks wins, the road victory at Vanderbilt and the come-from-behind home win over Arkansas.  His season high six 3-pointers led the Gamecocks in the home win over Texas A&M and he dished an SEC high six assists in the win over Ole Miss.