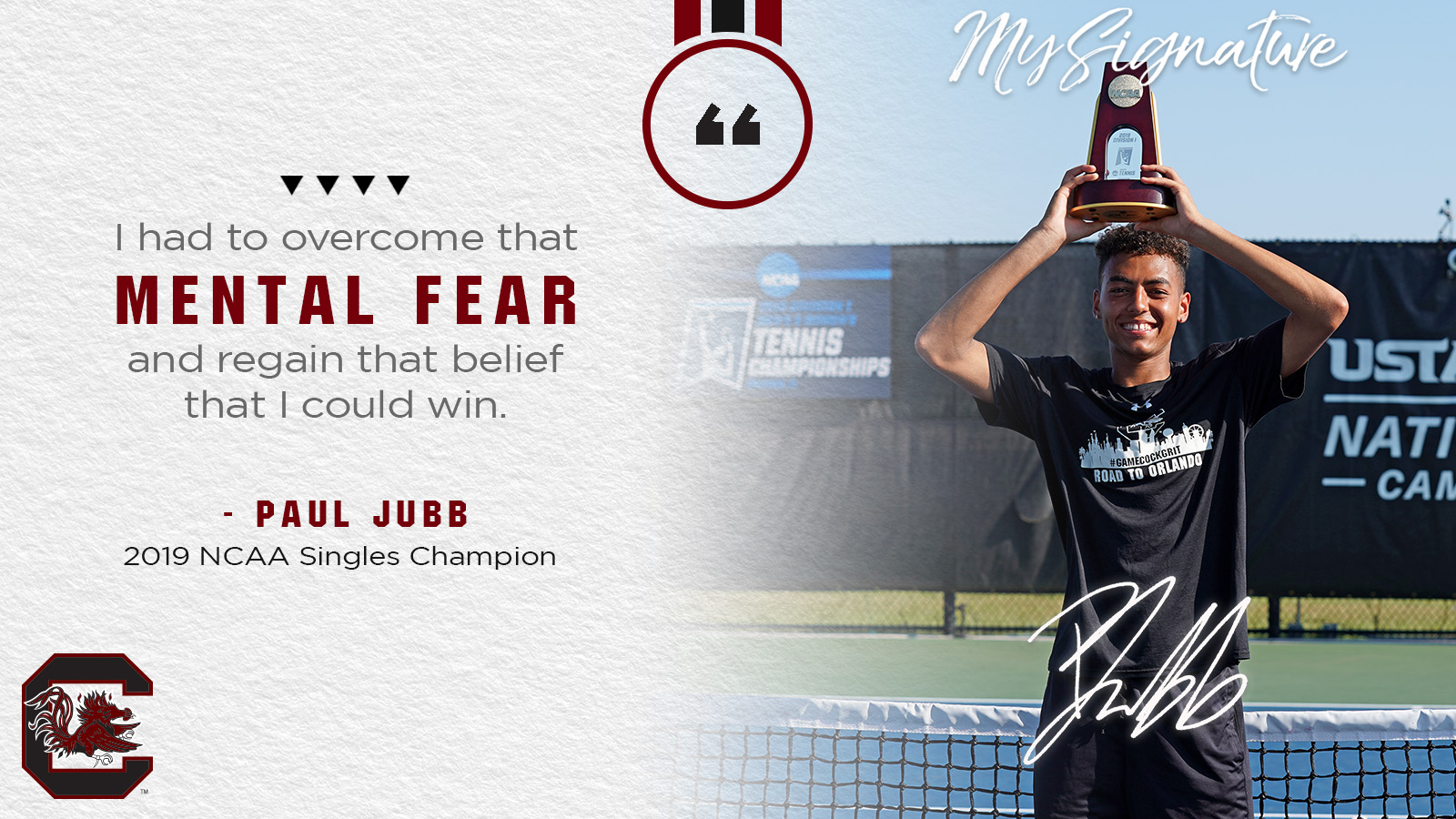 My Signature: Paul Jubb on his journey to a National Championship

Paul Jubb was 15 years old when South Carolina head coach Josh Goffi first heard his name. He was 16 when Goffi followed a tip from a friend and traveled from London to Hull, England, to watch him play. Saturday’s NCAA Singles Championship, in which he defeated the No. 1 player in the nation who had defeated him twice earlier in the season, was the culmination of promises made in that first meeting.

What I like about tennis is that it’s all on me. If I fail, it’s on me. If I lose, I normally leave it all out there on the court, and I’m happy in knowing I gave all that I could. You have to be able to control your own mind because it can be so hard not to allow yourself to become negative in certain moments.

Going into the championship match, it was definitely in the back of my mind that he had beaten me twice before. I had to overcome that mental fear and regain that belief that I could win.

Mentality is so big with our coaches, and for me as well. That’s what helps me get to where I need to be when I’m playing tennis. The coaches here have been perfect, and the knowledge they have brought has raised my tennis I.Q. They’ve helped me understand the game so much more.

Before the match, me and my coach spoke about those moments where Nuno [Borges] was going to come back and the crowd would get behind him. One thing Josh [Goffi] kept reminding me of was that when he gets to that part where he’s making a move, it’s my job to just hit him straight back and not give into the moment.

When a tournament starts, there’s always something in the back of your mind, that bit of belief that you can beat anyone in the tournament, but I wasn’t trying to think too far ahead. That’s what helped me focus in each match and do what needed to be done.

Three-quarters of the way through the championship match was the first time I thought I was going to win the tournament – not that I ‘could’ win it, but that I was going to.

“Coming here has helped me build myself in so many different positive ways and helped me become a better person.”
– Paul  Jubb

After the one match point he saved, when I didn’t attack it how I wanted to and it didn’t work out at all. Things started flooding in my mind from when I first played him and had one match point and lost.

It was great to have Josh beside me the whole way in the match. He wasn’t constantly putting things in my mind, because I’m a person who likes to do things by myself and he understands that. But, now and again, he would drop little hints of knowledge and it worked out perfectly.

Coming here has helped me build myself in so many different positive ways and helped me become a better person. That’s something that contributes to my tennis a lot.

When I won the final point, it just so much relief. From being able to bottle up all of my emotions from the match and release it at the end was perfect. All the hard work I’ve put in had paid off. I was happy to let out all those emotions.

To win the first tennis national championship at South Carolina is an unbelievable achievement. It’s one that will be in the history books. I’m so proud of that.

The support has been unreal. There have been so many people sending me messages, and I’ve been trying to thank everyone. I didn’t expect to get this much support.

My Twitter has blown up more than ever, you know, I’ve never been that active on Twitter. Judy Murray, Dawn Staley and Frank Martin have all tweeted me – getting support like that has been really cool.

At the beginning of the season, I was in a development mentality. I had no idea where I was going to end up, but I knew I had the potential to go far. I was development focused at the beginning, and I think that is why I was able to make such big strides.

I’ve already spoke to Josh about next season, attacking it with the same mentality and being relentless. I want to not be satisfied with any of this but keep striving for more.

I’m going to still be the same old me – determined and hard working. I’m not going to let any of this get to my head whatsoever, because that’s not me.

I still always cast myself as an underdog going into different situations, so I’m just going to be the same old me and work, work so hard to get better. 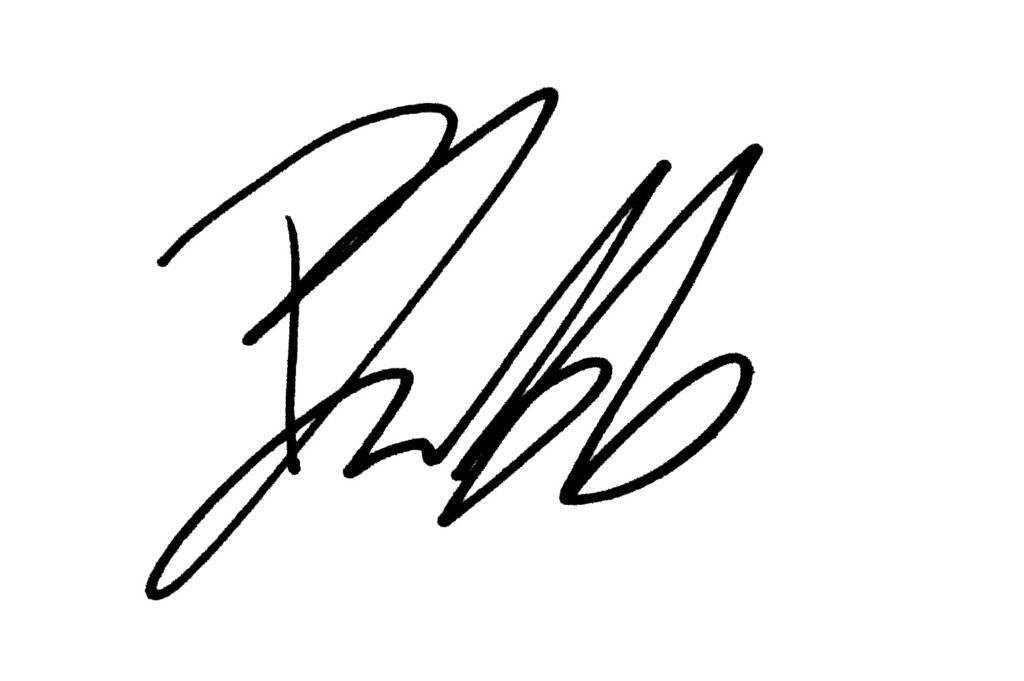