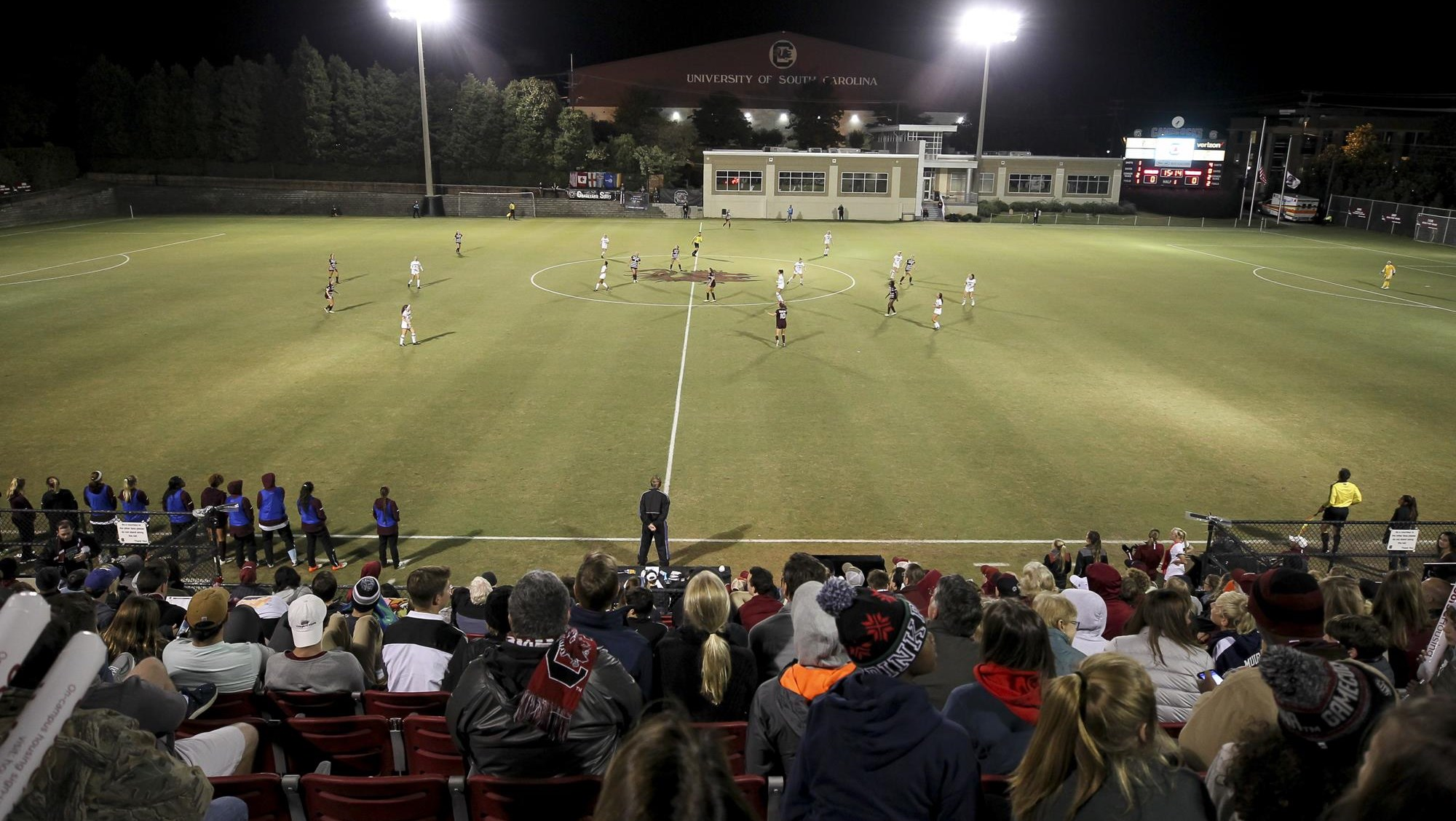 Seven of the Gamecocks’ 2019 opponents took part in the NCAA Tournament in 2018, with eight teams reaching double-digit wins last season. Six teams finished in the top 50 of the RPI while three finished in the final United Soccer Coaches Top 25 Poll of 2018.

“Once again we will be challenged with a strong schedule throughout the fall season,” Smith said. “We will be facing tough competition in the nonconference to prepare for conference play and beyond.  Many opponents will be experienced NCAA tournament teams.”

Carolina will begin the 2019 season with an exhibition match at Coastal Carolina on Aug. 15. The regular season will officially kick off with a pair of home matches at Stone Stadium, where the Gamecocks have gone 44-4-1 in the past 49 matches. Carolina will put its unblemished 8-0-0 home opener record on the line against the Wolfpack of NC State on Aug. 22, before taking on William & Mary on Aug. 25.

The Garnet and Black will wrap up the month of August with a road match with Jacksonville. The meeting with the Dolphins will be the first since 2012, and the second meeting ever. Meredith Christopher is the lone Gamecock who has faced the Dolphins. In her single season at Elon, Christopher scored a goal and added an assist in the 2-1 victory back in 2017.

Carolina returns home to begin the month of September to take on College of Charleston before a weekend tournament that will take place in West Lafayette, Ind. The Gamecocks face Purdue on Sept. 6, before taking on DePaul on Sept. 8 in a neutral site match.

The Gamecocks’ final home match of the non-conference season will be against the Fighting Irish of Notre Dame. The match takes place on Sept. 12, just the second meeting between the two programs. The last meeting came in 2017 when Carolina won 1-0 in overtime on a goal from then-freshman Ryan Gareis.

“We look forward to hosting Notre Dame at home for the first time, as well as two other ACC opponents in NC State and Clemson,” Smith added. “We will also test ourselves on the road against some out of region competition when traveling to Purdue. The SEC season is always very difficult, but I feel we will have the experiences we need to prepare for the start of conference play.”

For the 26th time the Gamecocks will meet with Clemson, and in 2019 it will mark the end of the non-conference season for Carolina on Sept. 15. Last season South Carolina defeated the Tigers for the third-straight time off a Lauren Chang game-winning goal. In 2019 Carolina looks to tie its longest winning streak in the series.

Georgia will be the Gamecocks’ first SEC opponent in the 2019 campaign on Sept. 20. In 2018, Carolina defeated the Bulldogs off Tatumn Milazzo’s first career goal and will look to extend the undefeated streak against the Bulldogs to five in 2019.

A road test against Alabama will kick off the first full weekend of SEC action for the Gamecocks on Sept. 26. Returning to Stone Stadium on Sept. 29, the Gamecocks will host Arkansas.

Carolina’s next two matches will be on the road, the first against Missouri on Oct. 4. After a six-day break in action the Gamecocks will return to the road to take on Kentucky to attempt to make it four-straight victories over the Wildcats.

Vanderbilt, the defending SEC regular-season champions, will come to Stone Stadium on Oct. 13 to begin a three-match home stand for the Gamecocks. Five days later Carolina will host Tennessee, an Elite 8 team in 2017, on Oct. 18.

Ole Miss will round out the home stretch for the Gamecocks on Oct. 24. It will also mark the third-straight 2018 NCAA Tournament opponent Carolina sees in the month of October.

Carolina’s season will end with a pair of road matches, starting with Florida on Oct. 27. Carolina has won each of the last three matches against the Gators. The Gamecocks’ regular season finale will be against Auburn on Oct. 31.

The 2019 SEC Championships will take place once again in Orange Beach, Ala. from Nov. 3-10. The Gamecocks have reached the SEC semifinals in four of the last six years.