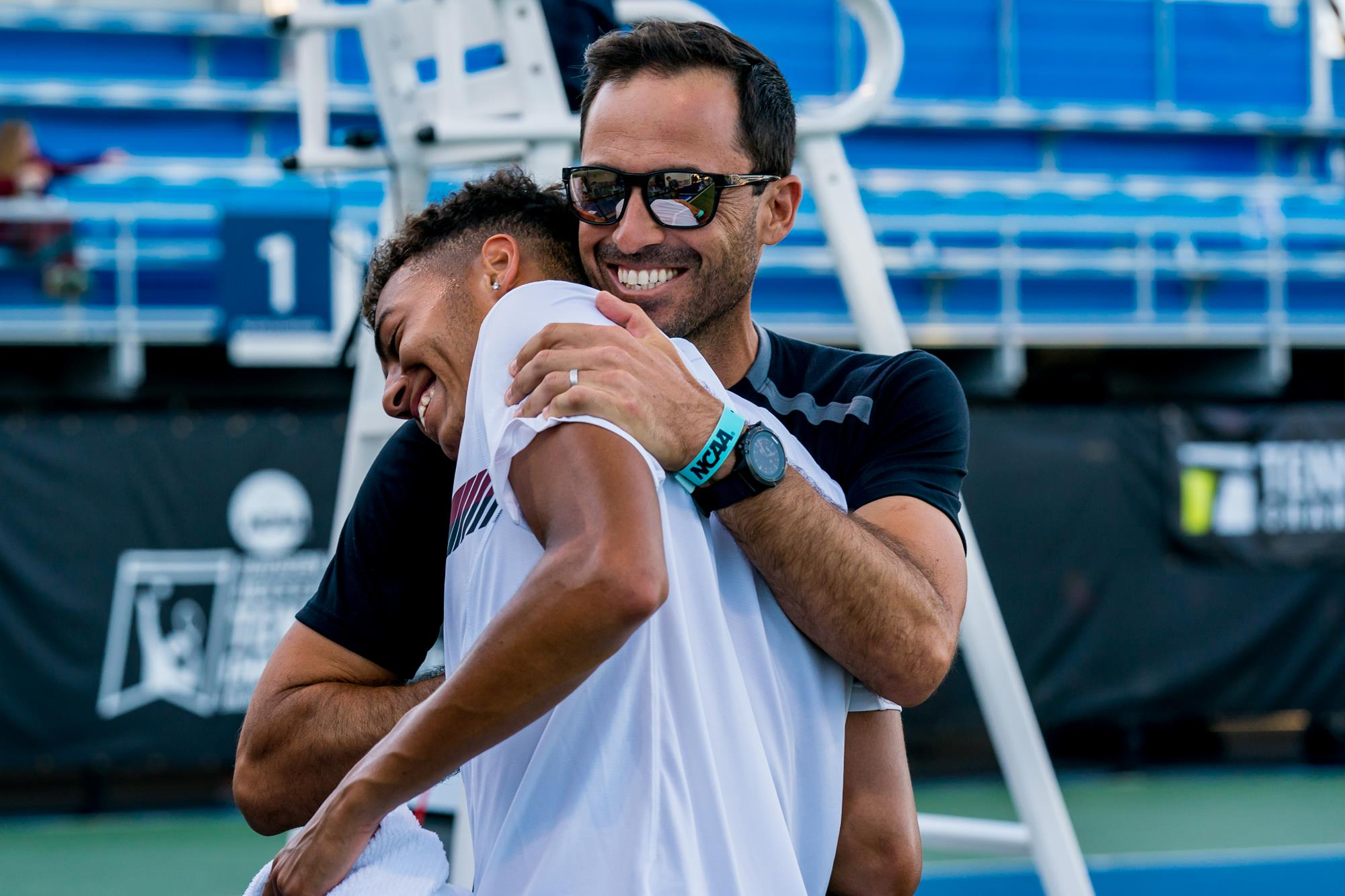 COLUMBIA, S.C. – In the final 2019 ITA NCAA Rankings released today, South Carolina men’s tennis junior Paul Jubb came in with the highest ranking in program history at No. 3. Freshmen Danny Rodrigues and Raphael Lambling are also ranked in either singles or doubles, while the team closed out the 2018-19 season at No. 19, the program’s highest ranking since 2013.

In singles, Rodrigues was ranked No. 65 and he teamed with Lambling to form the No. 63 doubles team in the nation. Lambling shares the No. 59 doubles ranking with Jubb as well.

Ranked in the top 10 for the last two months of the season, Jubb’s No. 3 ranking is the tops the No. 4 spot he earned twice before this season. That mark matched the No. 4 ranking of Guillaume Legat in 2001 as the best in program history. The Hull, England, native, who finished the season with a 38-4 overall record, has etched his name into the South Carolina record books several times this season, including delivering the first NCAA National Championship with his six-match title run through the 2019 NCAA Singles Championship last week. Jubb also holds school single-season records for SEC dual match wins (17), SEC dual-match winning percentage (.971, 11-1) and wins over ranked opponents (23).

In addition to the on-court accomplishments that earned him an All-SEC First Team selection, Jubb was recognized for his all-around excellence in the classroom and in his respect for the game. He was named the ITA Carolina Region Arthur Ashe Jr. Leadership and Sportsmanship Award and went on to capture the ITA’s oldest national award as the Rafael Osuna Sportsmanship Award winner.

Rodrigues earned his first national ranking in February and steadily climbed up the standings to his season-best No. 65 in the final entry. The highest-ranked freshman in the Carolina Region, Rodrigues added the ITA Carolina Regional Rookie of the Year award to his First-Team All-SEC selection. He went 32-11 in singles over the season, including five wins over nationally ranked opponents and a 7-4 SEC mark playing at the No. 2 spot in the Gamecocks’ lineup.

While Lambling spent much of his time in the middle of the singles lineup, he routinely appeared at the top of the doubles lineup with two different partners. The backbone of both tandems that finished with a national ranking, the SEC All-Freshman Team selection was a combined 19-16 in doubles this season, including a 13-7 mark with Rodrigues and a 4-6 record with Jubb. Those marks included four wins over nationally ranked opponents and 22 of 23 matches played at No. 1 in the Gamecocks’ doubles lineup.

Among the youngest squads in the nation, the Gamecocks claimed their second-highest ranking under head coach Josh Goffi, just one behind the 2013 team, which finished at No. 18 in the nation. Playing with three freshmen in the top four spots in the singles lineup, the team stormed out to an 11-2 record to start the season and capped the campaign with a run to the SEC Tournament semifinals and the second round of the NCAA Tournament. The Gamecocks finished sixth in the SEC, which boasts 12 of its 13 teams in the top 50, including five in the top 20 in the nation. Ten of the SEC’s 13 teams played in the 2019 NCAA Championships.