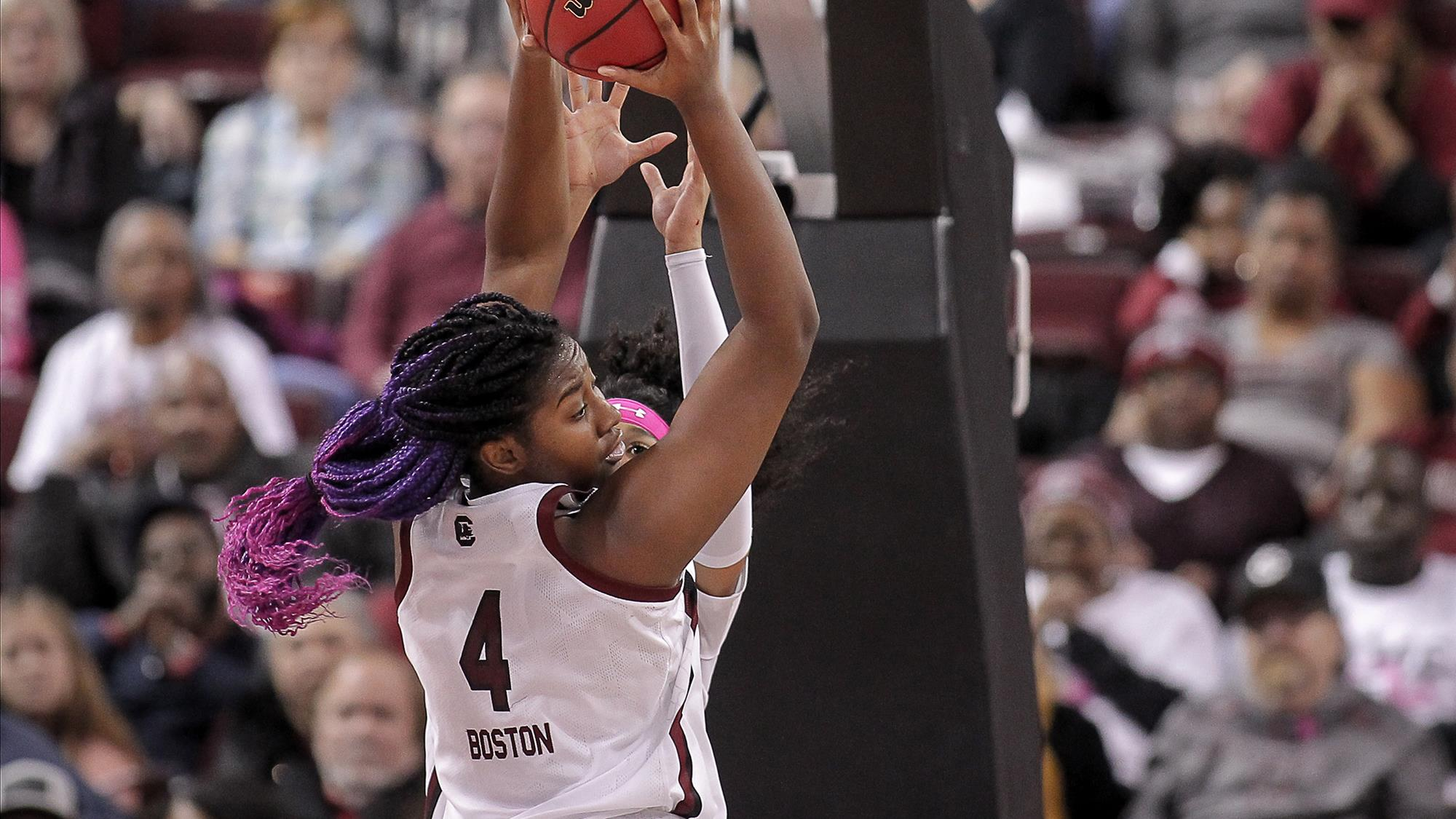 Boston Named Semifinalist for Naismith Defensive Player of the Year

Boston has carved out a spot on multiple national player of the year lists, often as the only freshman to make the cut. The 6-foot-5 forward is 13th in the country with 2.8 blocked shots per game and has helped the Gamecock defense hold opponents to just 55.4 points per game, the 19th-lowest opponent average in the country. Overall on the season, Boston averages 9.1 rebounds per game to rank third in the SEC. She averages a double-double against SEC opponents (13.2 ppg/10.3 rpg) and in 11 games against ranked opponents (13.8 ppg, 10.6 rpg). Offensively, Boston’s .616 field goal percentage is seventh in the nation.

The Atlanta Tipoff Club will narrow the list to four finalists on March 11 and announce the 2020 Naismith Women’s defensive Player of the Year on April 3.

With two regular-season games remaining, No. 1/1 South Carolina has already clinched the SEC regular-season championship. The Gamecocks travel to Gainesville, Fla., to take on the Florida Gators on Thu., Feb. 27, at 6 p.m. South Carolina closes out the regular season at home on Sun., Mar. 1, hosting No. 12 Texas A&M in a noon tipoff at Colonial Life Arena.