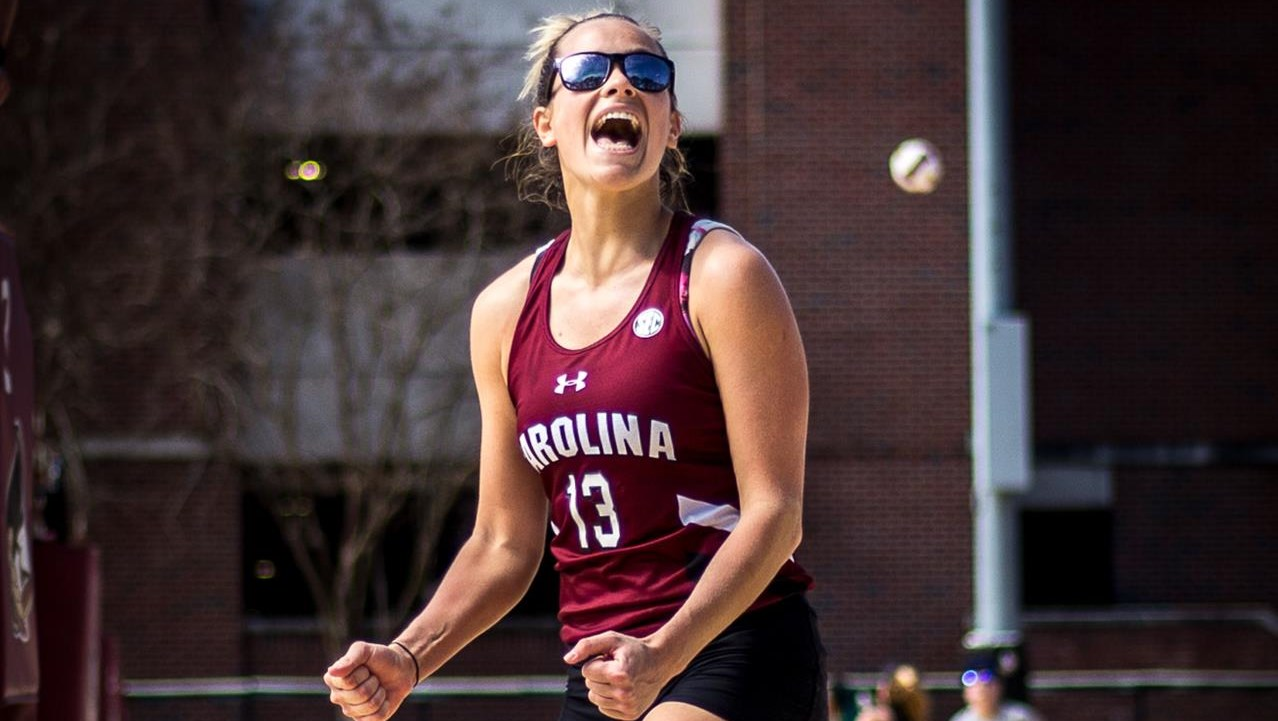 South Carolina split the first day of the tournament, losing in the opener to No. 3 Florida State

HILTON HEAD ISLAND, S.C. – South Carolina beach volleyball had a memorable first day of the inaugural Hilton Head Island Invitational tournament, as the 17th-ranked Gamecocks (2-4) upset No. 4 Southern Cal (1-1) in a 3-2 decision to split their Saturday doubleheader. Franky Harrison and Avery Davis clinched the victory with a three-set win in the third pairing, marking back to back seasons with South Carolina taking down the Trojans.

“This season is so young, we’re learning an incredible amount about our team from match-to-match,” head coach Moritz Moritz said following the win. “With the caliber of teams we’ve been playing to this point, it might’ve been easy to be discouraged with the adversity that comes with facing such elite opponents, match after match. Tonight was one of those moments we’ll tell stories about 20 years down the road. Playing in Hilton Head Island, right on the beach, the dual ending just as the sun finally set? How can you ask for more?”

The momentum started building in the first wave of matches. Jordan Smith and Morgyn Greer overcame a loss in the first set to pull out a 17-21, 21-15, 18-16 victory at the fifth flight. That earned the Gamecocks a critical split of the opening round, after Southern Cal swept the fourth pairing.

“When you’re putting Jordan, who is so savvy with beach volleyball, with someone like Morgyn, who may be newer to the sport but is so physical, it takes time to develop the chemistry you need to find success,” Moritz said. “Every time they play together, they develop a deeper understanding for how to best access each other’s skill set, but just as important, they’ve been fighting together and building that trust you need to bond as a pair this whole time.”

In round two of matches, Southern Cal took the first point with a sweep of the number one pairing, but Katie Smith and Skylar Allen countered with an impressive 25-23, 21-16 sweep of their own in the second position to tie the team score back up at 2-2.

“Katie and Skylar are a team we knew can be great, but you have to be patient because it takes time to grow together as a pair, especially when you have a senior with a freshman,” Moritz said. “The physical talent was never a question, but tonight they showed an incredible amount of heart. They’ve been fighting to break through with a result like this to show themselves what they are capable of, I’m looking forward to seeing how they can use a match like this to take that next step as a pair.”

All eyes turned to the final match of the dual out on court three, where Davis and Harrison overcame a loss in the first set to win 21-18 in the second and send it to a sudden-death set to decide it all. As darkness descended in the final points, the Gamecocks broke out of a 15-all tie to win the match 20-22, 21-18, 17-15 and clinch the dual victory.

“This was another pair that just needed a moment and an opportunity like this to show themselves what they can accomplish with great focus and mindfulness,” Moritz said. “They knew how close they were after last weekend, they didn’t let past results dictate future outcomes and they were relentless tonight. We saw a mindset shift with them in practice this week, in how they approached the game, and they executed on that today.”

The result was a positive step forward in more than just wins and losses for Moritz.

“Southern Cal is an incredible opponent, we needed to fight for everything we earned but I’m so happy to see just how we fought all the way up and down our lineup tonight,” he concluded. “We needed to remind ourselves as a program just what we can achieve if we can harness a mindset that can equal our athletic abilities.”

The team wraps up week two of the season with another doubleheader Sunday. After facing No. 3 Florida State and No. 4 Southern Cal, the Gamecocks will open Sunday with a 12:30 p.m. dual against No. 10 Grand Canyon. Ending the weekend with be a 4:30 p.m. dual against in-state rival College of Charleston. All matches are free, duals begin at 8:30 a.m. and will run through the Charleston dual.