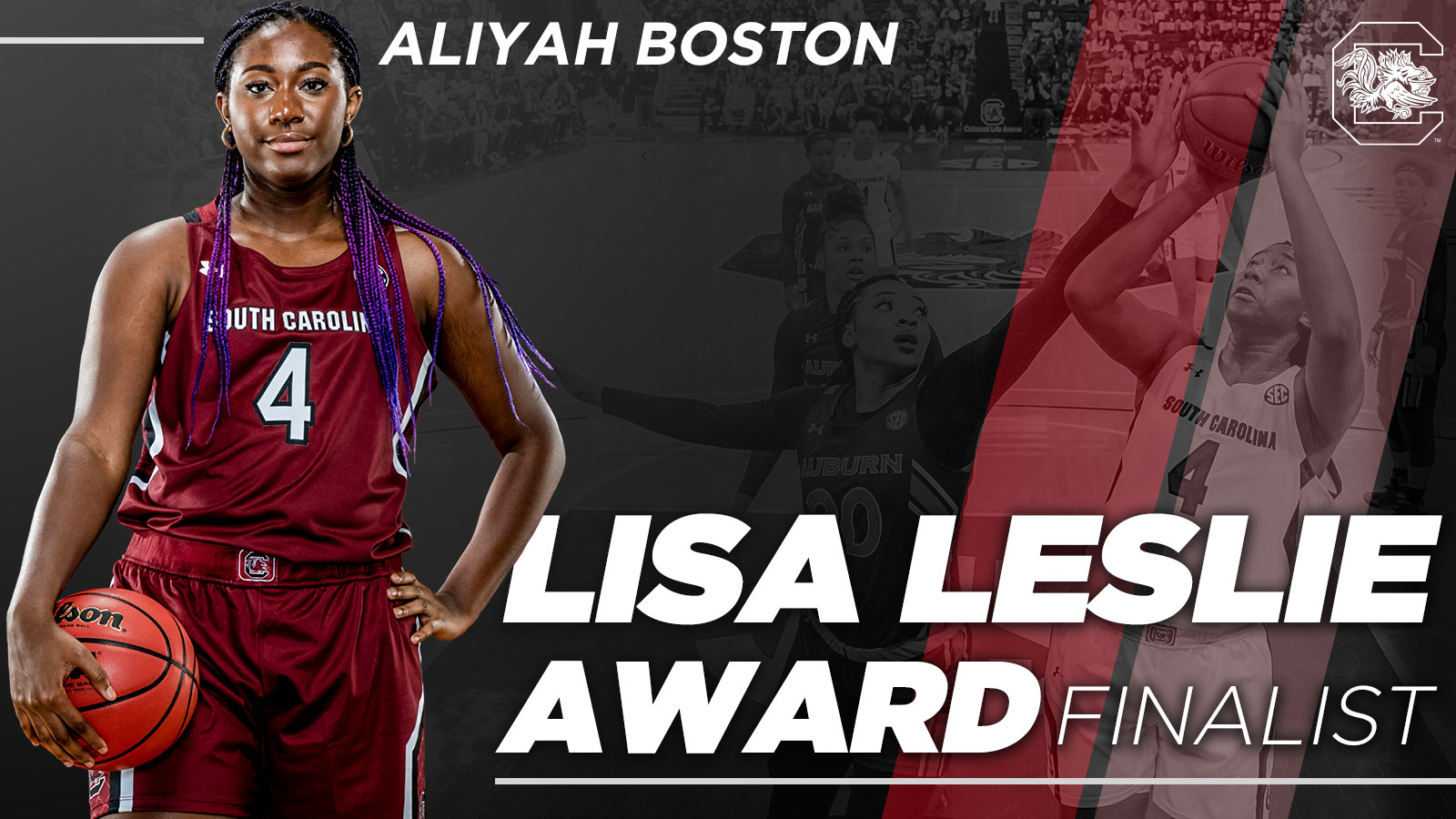 Share
COLUMBIA, S.C. – South Carolina freshman Aliyah Boston earned one of the five finalist spots for the Lisa Leslie Award, as the Naismith Memorial Basketball Hall of Fame tapped the best female collegiate centers in the nation. In just its third season, the award went to Gamecock alumna A’ja Wilson in 2018. Fans can vote on the Women’s Starting Five, including Gamecock senior Tyasha Harris, who a finalist for the Nancy Lieberman Award, at http://www.hoophallawards.com/women/vote.php beginning today.

The SEC Freshman and Defensive Player of the Year, Boston burst onto the college basketball season with the first triple-double in a debut game in NCAA Div. I women’s basketball history. She went on to amass a South Carolina freshman-record 13 double-doubles, including seven against nationally ranked opponents. Boston averaged a double-double against ranked opponents (13.0 ppg/10.9 rpg) and in SEC play (13.1 ppg/10.3 rpg). Her 86 blocked shots this season ranks fourth in South Carolina history and first among all-time Gamecock freshman. Her 2.61 blocks per game are 21st in the country, and she ranks sixth in the country with a freshman-best . 608 field goal percentage.

No. 1/1 South Carolina wrapped up its season last weekend with the program’s fifth SEC Tournament championship in the last six seasons, completing a season that included an SEC Regular-Season title and eight weeks at the top of the Associated Press Poll.