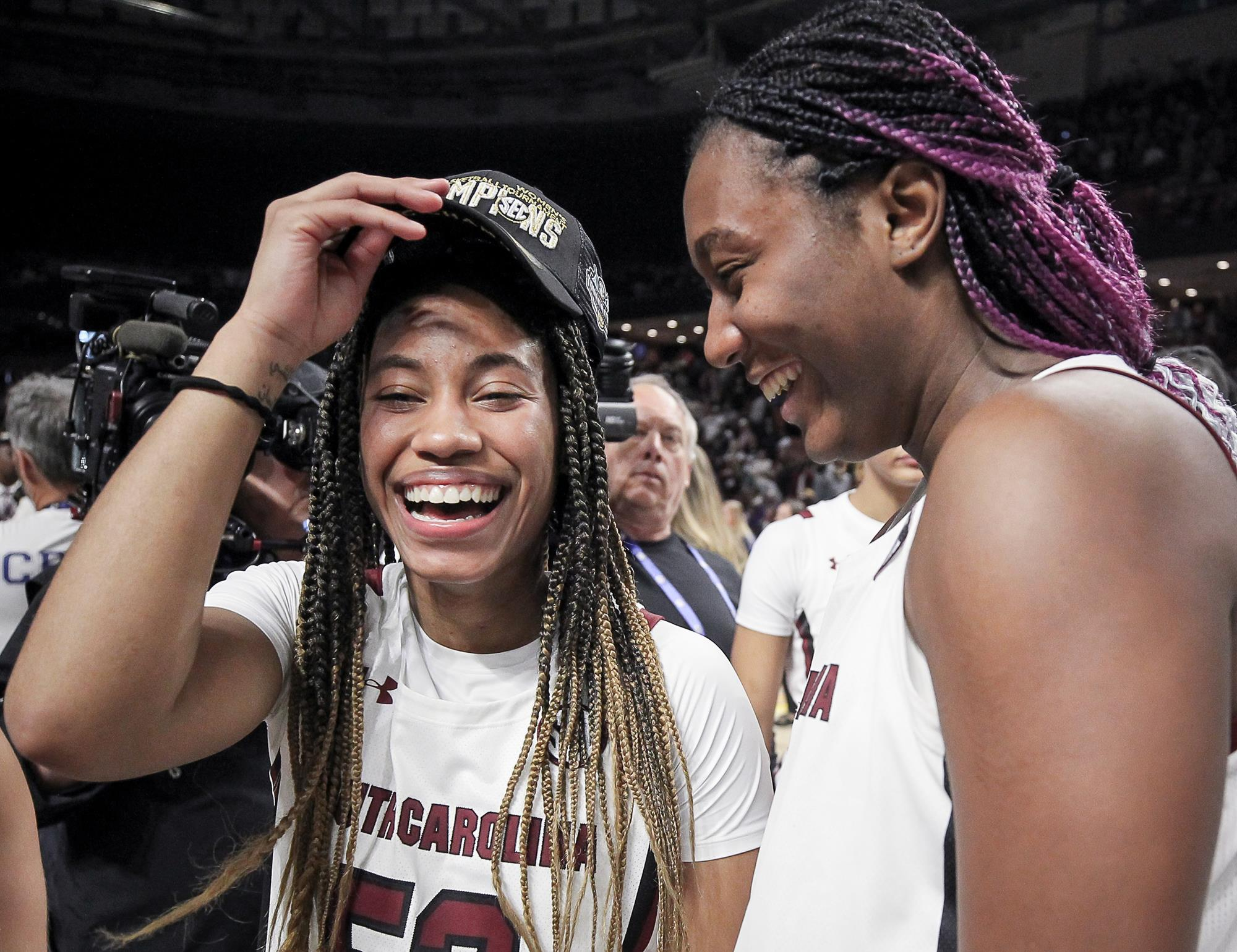 Share
COLUMBIA, S.C. – South Carolina freshman Aliyah Boston and senior Tyasha Harris earned spots on the U.S. Basketball Writers Association (USBWA) All-America Second and Third teams, respectively. It is the second organization to recognize the pair for their roles in the Gamecocks’ success this season.

The SEC Freshman and Defensive Player of the Year, Boston powered her way onto the national stage in her college debut, becoming the first in NCAA Div. I women’s basketball history to post a triple-double in her first career game. She did not let up after that, posting 13 double-doubles, including seven against ranked opponents. Averaging 12.5 points and 9.4 rebounds on the season, she routinely lifted her game in the big moments to average a double-double against SEC teams (13.1 ppg, 10.3 rpg) and against ranked opponents (13.0 ppg, 10.9 rpg). The All-SEC First-Team selection and Lisa Leslie Award finalist was a force on both sides of the ball, ranking sixth in the nation in field goal percentage (.608) and 21st in blocks per game (2.61). Boston is also a finalist for Naismith Defensive Player of the Year honors and on the Wooden Award National Ballot.

Harris picked up All-SEC First-Team honors and a spot on the SEC All-Tournament team after guiding the Gamecocks to the second SEC Regular-Season Championship and third SEC Tournament crown of her career. Her steady leadership included a career-high 12.0 points per game, an SEC-best 5.7 assists per game, which ranked 12th in the country this season, and the nation’s 10th-best assist-to-turnover ratio at 2.78. Harris’ assist numbers climbed both in SEC games (5.9 apg) and against ranked opponents (6.4 apg). Between her own scoring and points off her assists, the senior had her hands on 30.7 percent of the Gamecocks’ total offense with that number jumping to 34.9 percent in 14 games against ranked opponents. Harris claimed The Dawn Staley Award this season and is a finalist for the Nancy Lieberman Award and the Naismith Trophy as well.

No. 1/1 South Carolina finished its season on a school-record 26-game win streak to finish the season 32-1 for its fourth 30-win season under head coach Dawn Staley.