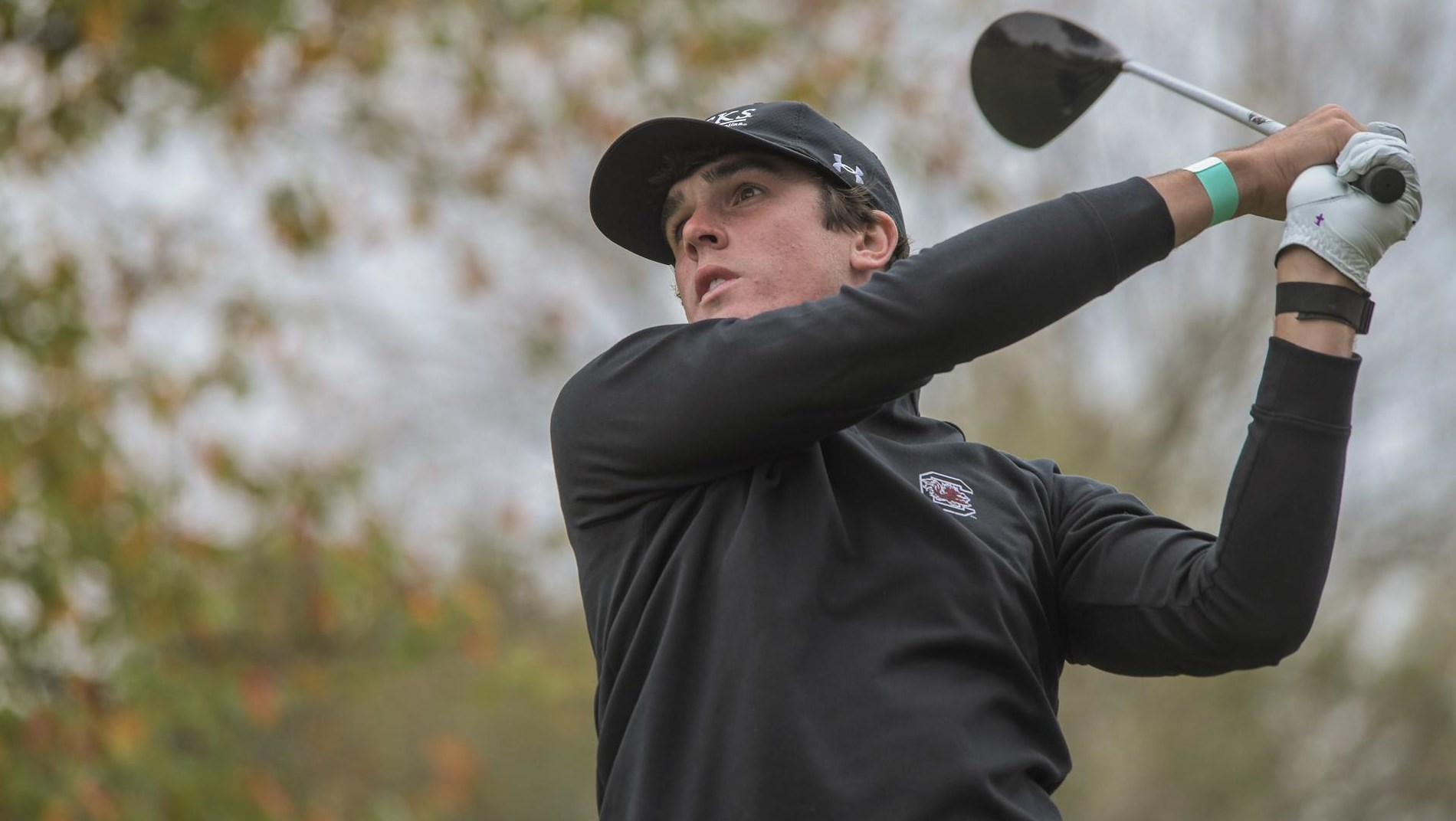 FRANKLIN, Tenn. – South Carolina moved up one spot to 10th on the leaderboard after day two of the Legends Collegiate Invitational. The Gamecocks fired another red number as a team shooting 281 (-3).

Senior Jack Parrott paced Carolina with a 69 (-2). His card was clean with just one bogey and three birdies. The Columbia, S.C., native, is at 3-under overall (T25th) to lead the Gamecocks after 36 holes. Parrott will be seeking his first career top-20 in Tuesday’s final round.

Super senior All-American Jamie Wilson also shot under par today, recording a 1-under 70 for his first under par round of the season. He was bogey free on the front nine with a 34 (-2) and shot 36 (+1) coming in.

Like the first round, Carolina was positioned well at the turn shooting 10-under as a team with 10 birdies and an eagle from the counting scores. The Gamecocks shot 6-over coming into the clubhouse with just four birdies, three coming on the final two holes of the second round.

Super senior Caleb Proveaux, junior Ryan Hall and true freshman Rafe Reynolds each shot even par 71s. Proveaux made the turn at 5-under (31) with six birdies in his opening nine holes. He shot 40 (+5) on the back nine with no red numbers on his scorecard. Hall made an eagle at the par-5 18th hole to make the turn at 1-under. He was 2-over after a stretch of three-straight bogeys on the back but bounced back nicely with birdies on his final two holes of the day. Reynolds, who has been solid in his first two rounds as a Gamecock, was bogey free on the front nine with a pair of birdies today.

Host Vanderbilt remains on top of the leaderboard at 32-under with a commanding 10 shot lead over Texas A&M. The Commodores shot a field-best 265 (-19) in the second round. Vanderbilt’s Matthew Riedel and Arkansas’ Julian Perico are tied for the individual lead at 12-under.

The Gamecocks will be paired with Auburn and Missouri for the final round on Tuesday. Proveaux will lead things off at 10:55 a.m. ET on hole 10.