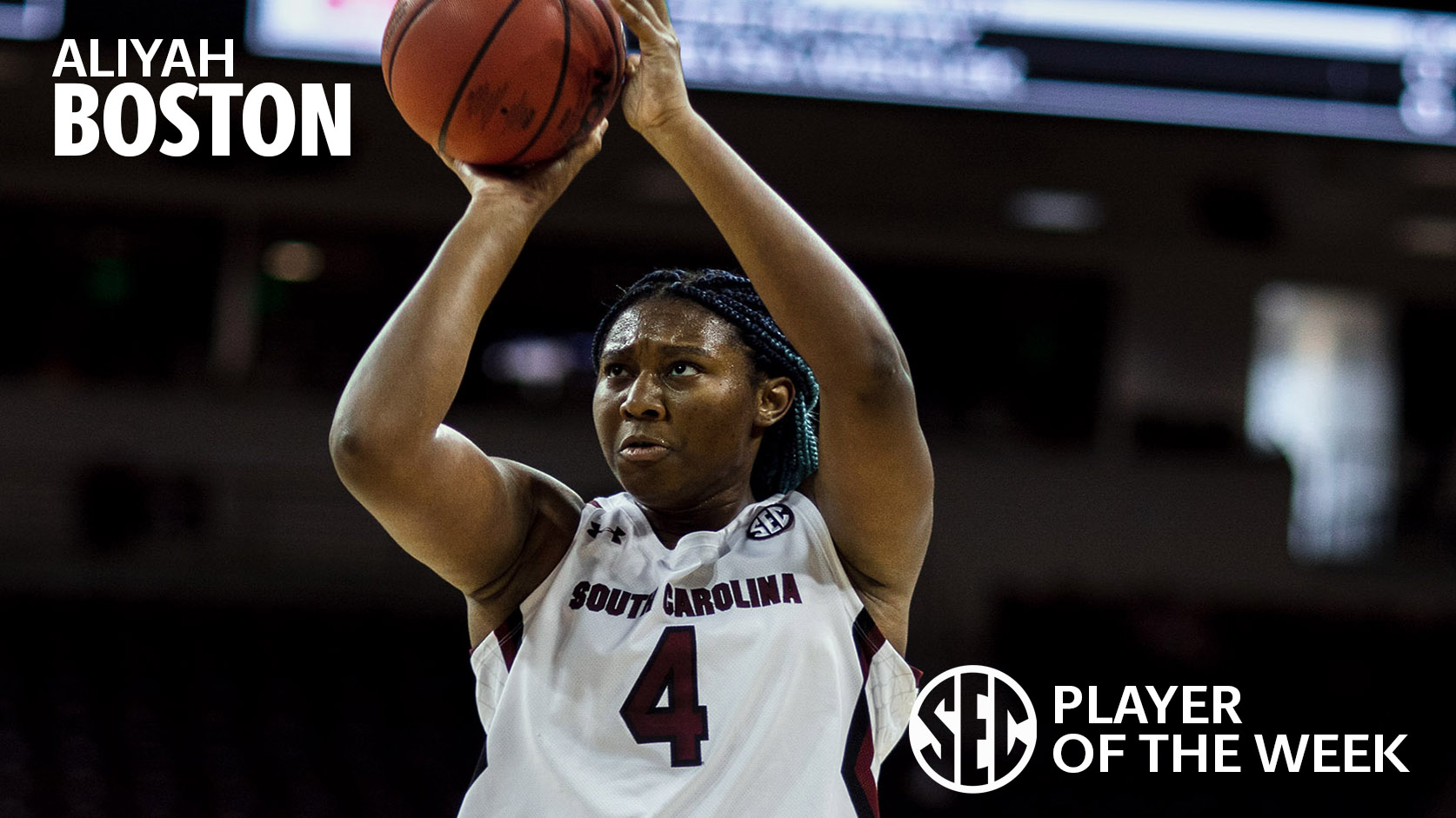 Boston was critical to the Gamecocks’ comeback at No. 10/8 Kentucky Sunday evening. After missing most of the first half due to two early fouls, the 6-foot-5 sophomore put her stamp on the game in the second half, finishing with nearly a triple-double – 20 points, 12 rebounds and seven blocks. With Kentucky up 52-45 midway through the third quarter, Boston added two offensive rebounds, three defensive boards, a steal, and a blocked shot that she took the other way for a layup to cut the lead to one to cap her 10 points and six rebounds in the third period alone. When Kentucky closed within one at 71-70 with 1:30 top lay, she put back her own missed shot then blocked a shot on the other end to help seal the victory.

On the season, Boston is 22nd in the country with and SEC-best 10.7 rebounds per game, and her 2.2 blocks per game are 29th in the nation and second in the league. She has posted four double-doubles through nine games, including two in the team’s first three SEC outings.

The No. 5/4 Gamecocks are back in action on Thu., Jan. 14, at Vanderbilt. Tipoff is set for 8 p.m. ET with the game streaming live on SEC Network+.