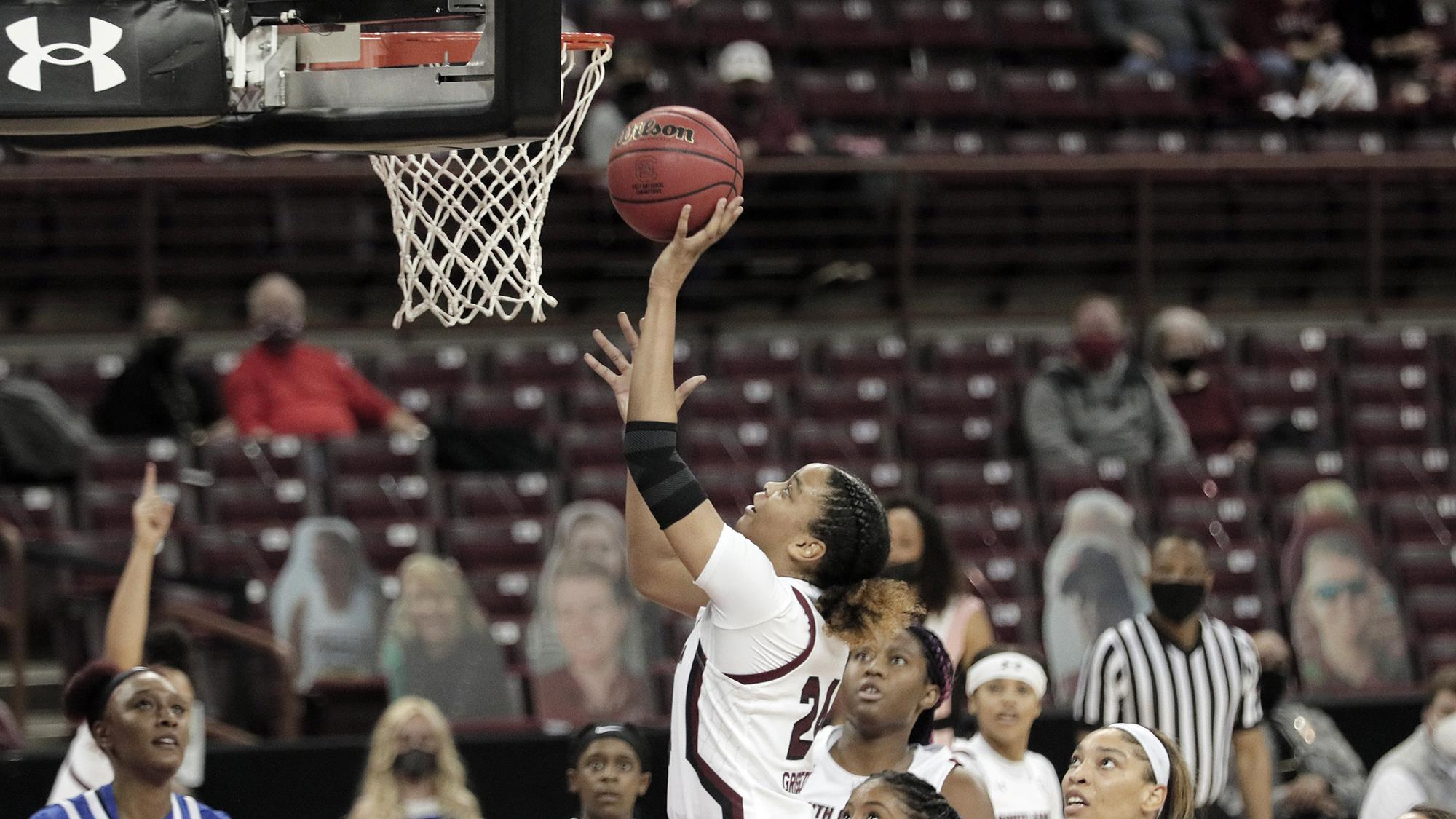 LeLe Grissett Out for NCAA Tournament

COLUMBIA, S.C. – South Carolina women’s basketball senior guard LeLe Grissett will not be available to play in the NCAA Tournament due to a right lower leg injury suffered in the SEC Tournament championship game on Sun., Mar. 7.

Grissett concludes her senior season averaging a career-high 6.7 points on 50.0 percent field goal shooting. She pulled down 4.2 rebounds per game as well. She scored in double figures five times, including four SEC games, and twice posted a season-high of 13 points, most recently against #17/17 Kentucky on Feb. 21.

The 6-foot-2 guard has been a staple off the bench throughout her career, playing in 125 games with six starts. Grissett has long been known for her aggressive defense, especially in full-court pressure, using her height and athleticism to be as disruptive as possible to opposing guards. In her four seasons, she has helped the Gamecocks to an SEC Regular-Season Championship (2020), three SEC Tournament titles (2018, 2020, 2021) and three NCAA Tournament appearances (no tournament was held in 2020).