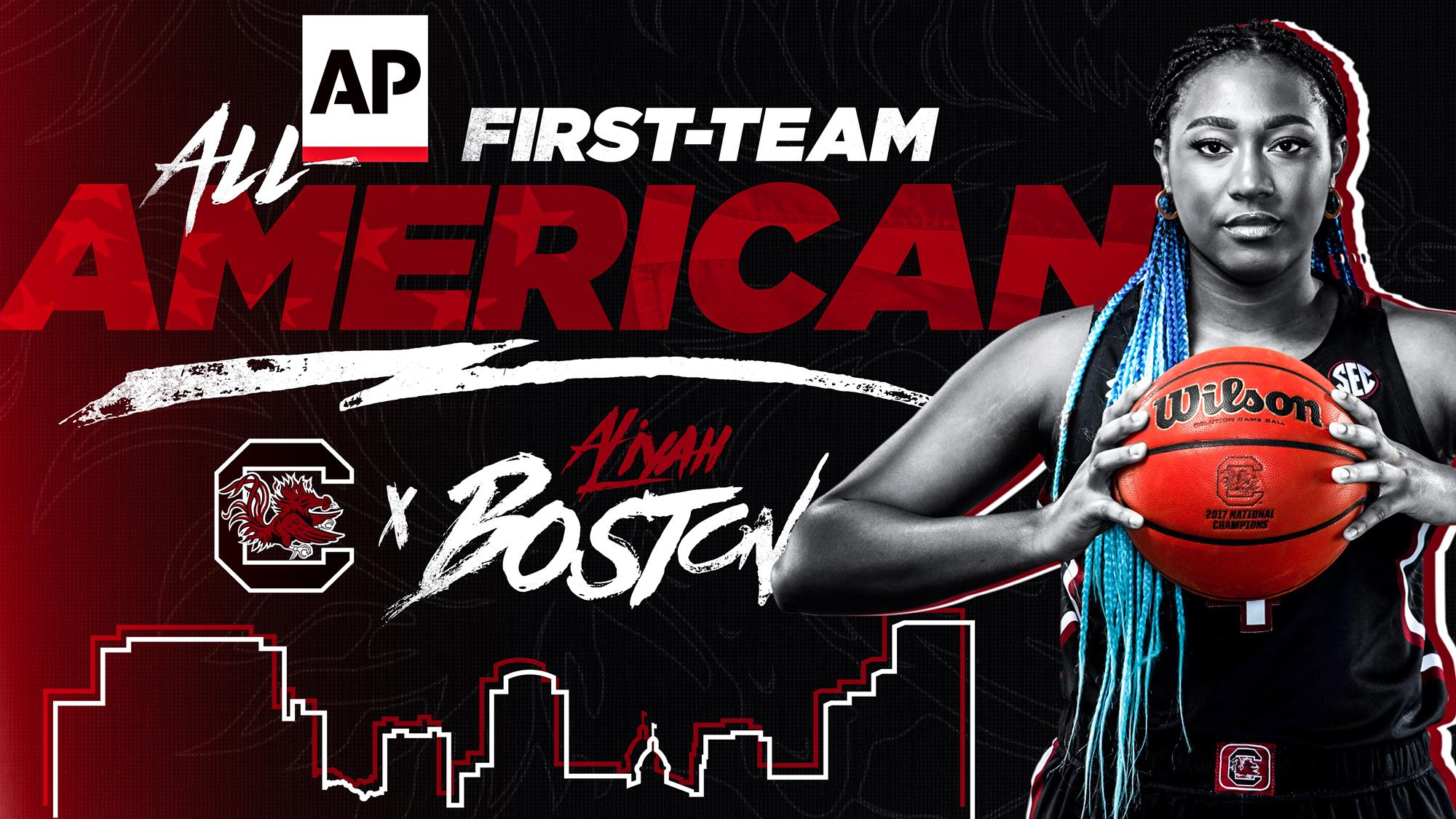 The SEC co-Defensive Player of the Year and a member of the most current watch list for every national player of the year award, Boston’s 15 double-doubles rank ninth in the country and include eight against nationally ranked opponents. She is among the nation’s top 15 in blocked shots per game (2.85, 12th) and rebounds per game (11.7, 14th), and she is 18th in offensive rebounds per game (4.0).

Boston has been the anchor for the Gamecocks all season and continues to step up her game. Her 19.3 points and 11.3 rebounds per game in the SEC Tournament led South Carolina to its second-straight title and sixth in the last seven seasons. She extended her double-doubles streak to four straight games and was named SEC Tournament MVP in the process.

On the season, Boston averages 13.7 points and 11.7 rebounds. Her output increases against ranked opponents to 14.7 points and 11.8 rebounds per game. With eight games of four or more blocked shots, including the program’s first triple-double against an SEC opponent and first against a ranked opponent (vs. Georgia, Jan. 21), Boston is also a semifinalist for Naismith Defensive Player of the Year and a finalist for the Lisa Leslie Award, which she won last season.