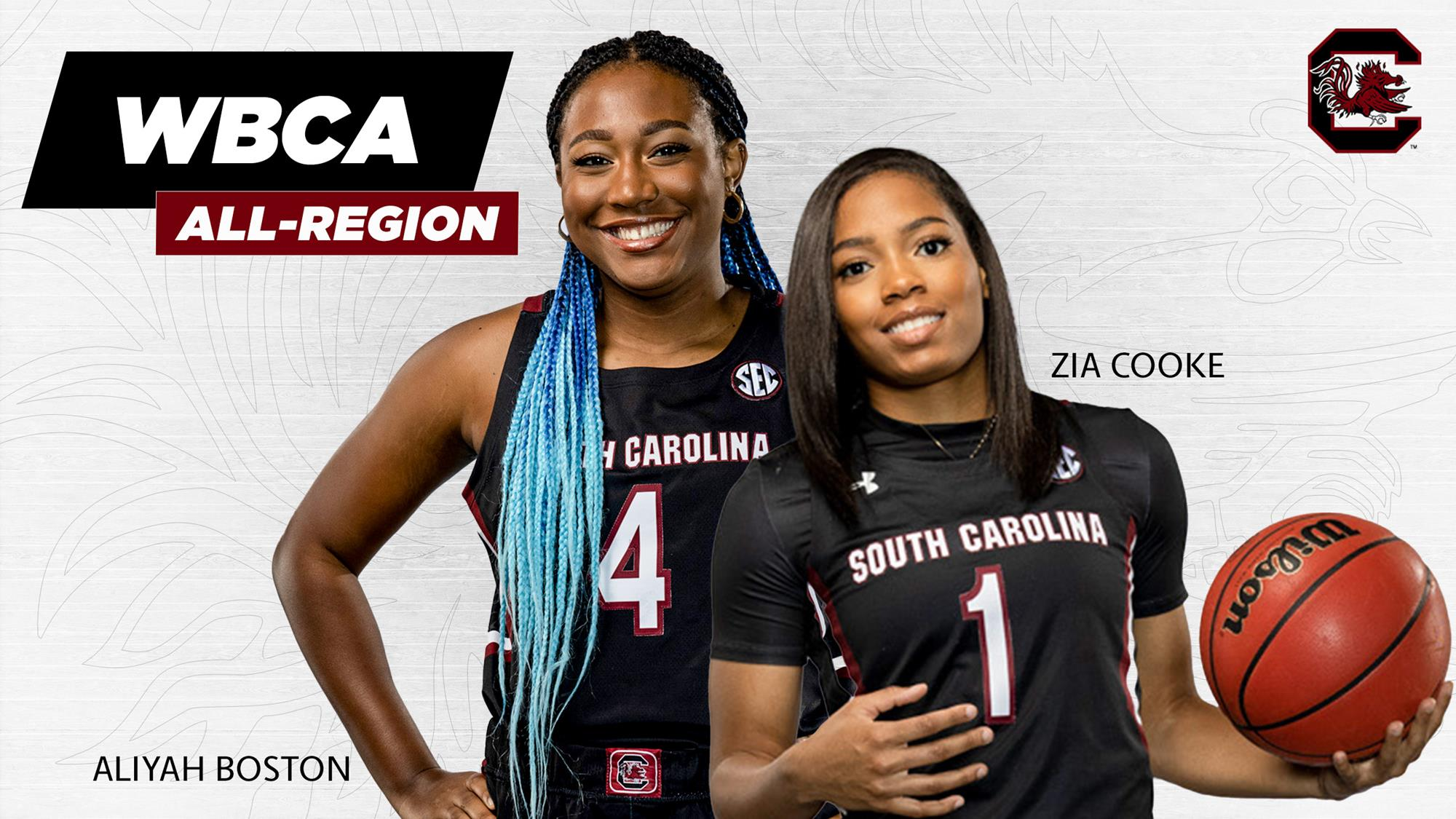 Share
COLUMBIA, S.C. – South Carolina sophomores Aliyah Boston and Zia Cooke are among 15 Region 2 finalists for WBCA All-America honors, the organization announced today. The selection committee will choose the 10-member Coaches’ All-America team from the 52 finalists across the five regions.

Boston is a finalist for the Naismith Trophy, Naismith Defensive Player of the Year and the Lisa Leslie Award. Also on the Wooden National Ballot, she was named SEC co-Defensive Player of the Year and earned a spot on the All-SEC First Team for the second time in as many seasons. Among the nation’s top 20 in blocks per game (2.7, 17th), rebounds per game (11.7, 13th) and offensive rebounds per game (4.1, 17th), Boston is sixth in the nation with 16 double-doubles through 28 games this season. She has pulled in double-digit rebounds in 22 times this season to average a double-double on the season. In 13 games against ranked opponents, she leads the Gamecocks in scoring (14.7 ppg) and rebounding (11.8 rpg). Her 19.3 points and 11.3 rebounds per game in the SEC Tournament led the Gamecocks to their second-straight title and garnered Tournament MVP honors.

Cooke is the Gamecocks’ top scorer on the season and an All-SEC first-team selection. Her 15.6 points per game rank 12th in the SEC and came via 25 double-digit scoring games this season, including five 20-point outings. She has led the team in scoring a team-high 14 times this season. Cooke is second on the team in assists (2.0 apg) and leads the team with 37 made 3-pointers, shooting 35.2 percent from beyond the arc.

South Carolina advanced to the NCAA Tournament Sweet 16 for the seventh-straight time and will play Georgia Tech at a date and time to be announced soon by the NCAA.