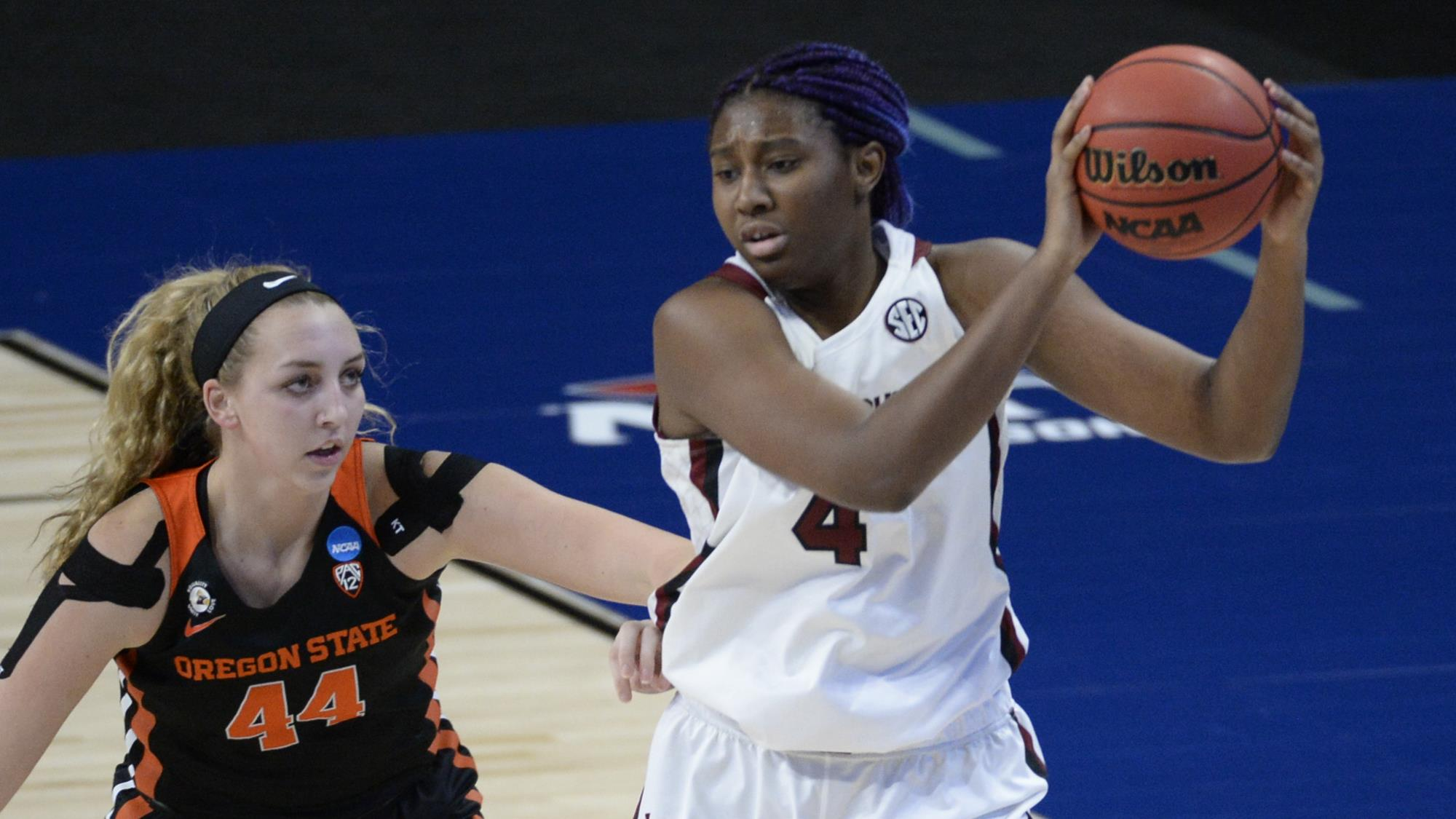 Share
COLUMBIA, S.C. – South Carolina sophomore Aliyah Boston picked up another All-America honor today, this one from the U.S. Basketball Writers Association. A finalist for national player of the year, the forward has been on every All-America First Team released to date. Sophomore guard Zia Cooke earned honorable mention recognition for the Gamecocks as well.

Ranked 18th in the country with 2.6 blocks per game, Boston is already sixth in program history in career blocked shots as both of her season totals rank among the top six in program single-season history. She became the first Gamecock to post multiple triple-doubles in her career when she recorded 16 points, 11 rebounds and 10 blocks against then-No. 22/23 Georgia (Jan. 21). It was the program’s first triple-double against a ranked opponent and against an SEC opponent.

Cooke has been the Gamecocks’ leading scorer throughout the season, ranking 12th in the SEC with 15.6 points per game. She is the team’s top percentage free throw shooter and leads the Gamecocks with 43 made 3-pointers. She was named the NCAA Hemisfair Regional Most Outstanding Player after averaging 16.5 points in South Carolina’s two regional games, including 6-of-9 shooting from 3-point range. She also handed out 2.5 assists and grabbed 5.0 rebounds per game over the weekend.

No. 6/5 South Carolina is set to play in its third NCAA Final Four in the last six tournaments, facing No. 2/2 Stanford tonight at 6 p.m. ET on ESPN.