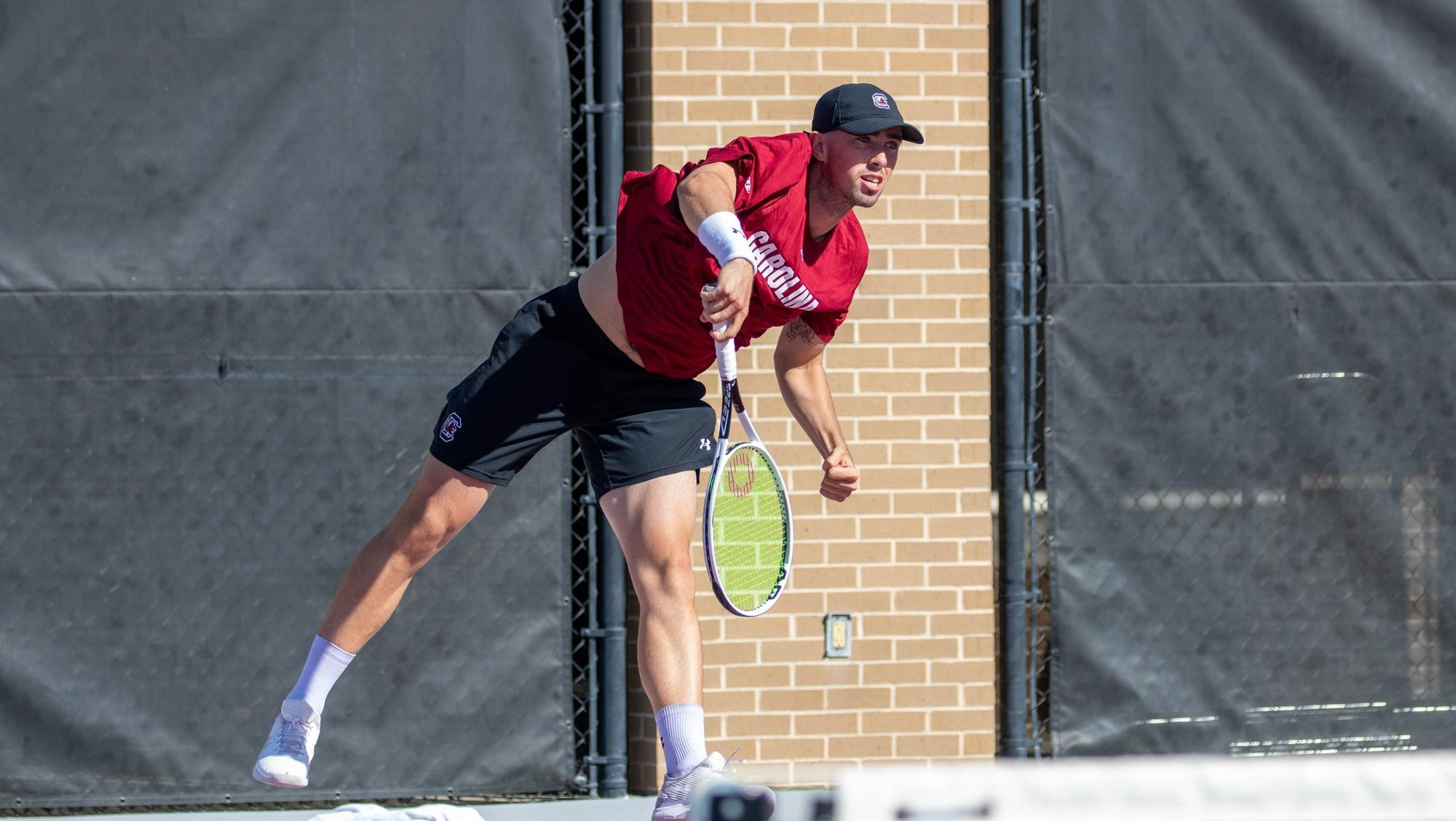 COLUMBIA, S.C. – South Carolina men’s tennis put up a dominating performance on the second day of the Gator Fall Invite. The team picked up wins in all three doubles matches of the day, including a win over the No. 3 tandem in the nation, as well as four singles wins over UCF.

The final day of the tournament will begin at 9 a.m. Sunday.


For all the latest South Carolina men’s tennis information, continue to follow GamecocksOnline.com or the team on social media (@GamecockMTennis).