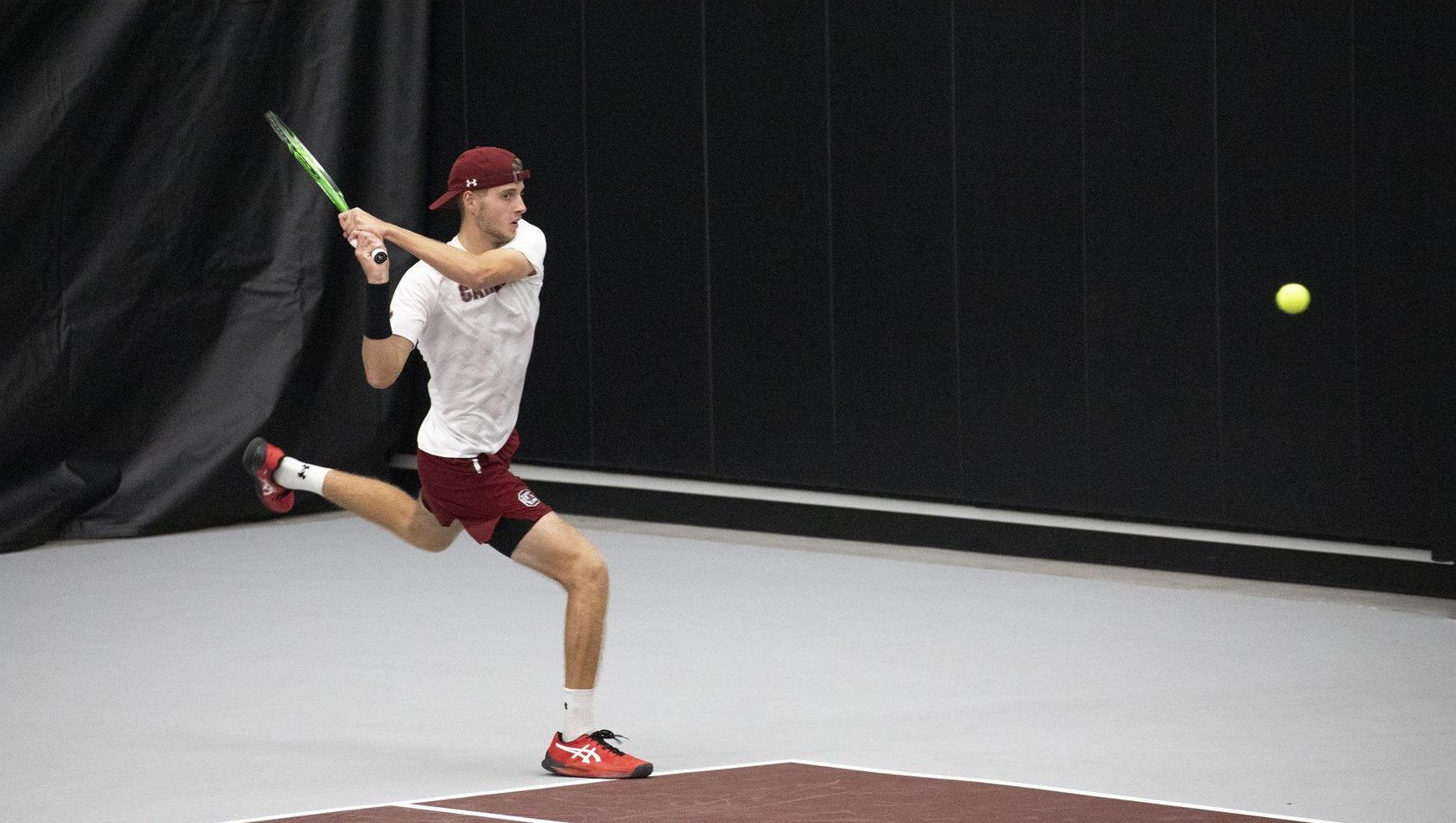 COLUMBIA, S.C. – South Carolina men’s tennis picked up five wins on the second day of the Gamecock Scramble on its home courts at the Carolina Tennis Center. The Gamecocks earned four doubles and one singles win on the day.

In doubles, Samuel and Jake Beasley paired up to take down pairs from both Wake and Texas A&M. In their first matchup of the day, Samuel and Beasley took down Moroni and Robert Maciag of Wake 8-4. The Gamecock duo then faced off against A&M’s Stefan Storch and Kenner Taylor, beating them by the same score.

Raphael Lambling and James Story split their two doubles matches of the day for the Gamecocks. The pair took down Matthew Thomson and Ben Draper of Wake 8-4 before dropping their match to Raphael Perot and Giulio Perego of A&M in a tiebreak with a score of 8-7(7).

The No. 4 ranked Gamecock pair of Connor Thomson and Daniel Rodrigues split the day as well. The duo dropped their its match to Wake’s Siddhant Banthia and Juan Lopez de Azcona 5-8 before bouncing back to beat Noah Schachter and Austin Abbrat of Texas A&M 8-5.

The final day of the Gamecock Scramble will begin tomorrow at 8 a.m. at the Carolina Tennis Center with one round of singles.