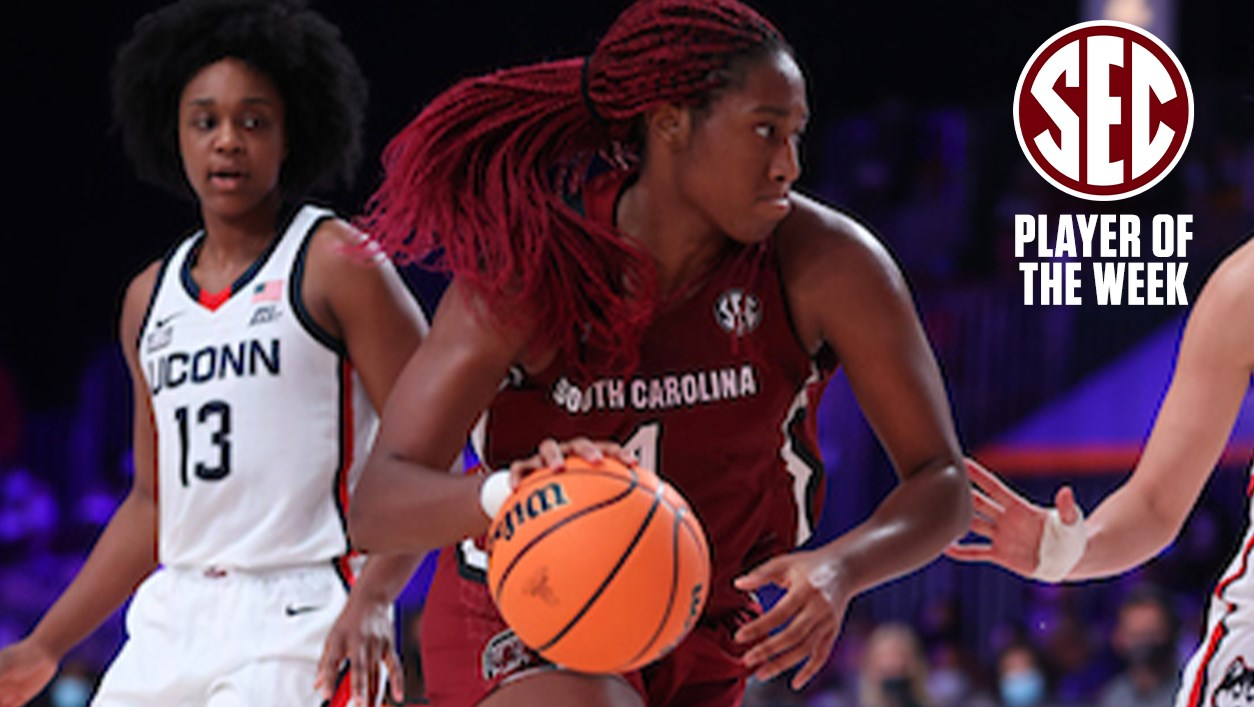 The junior forward helped the Gamecocks go 4-0, highlighted by a weekend tournament title

COLUMBIA, S.C. – Junior forward Aliyah Boston was recognized as the SEC’s Player of the Week on Tuesday, the third time earning the award in her career. She powered the Gamecocks (6-0) to four victories in the week, highlighted by back-to-back wins over top-10-ranked opponents on the way to the team’s Bad Boy Mowers Women’s Battle 4 Atlantis tournament title.

Statistically, Boston averaged just 25.3 minutes per game but still posted a week with 18.0 points, 8.8 rebounds and 1.8 assists per game averages while shooting over 56 percent from the field. Boston ended the week as the Battle 4 Atlantis Tournament MVP thanks to an average of 20.3 points and 10 rebounds per game over the three contests, including blowout wins over No. 9/9 Oregon and No. 2/2 UConn.

In just 23 minutes on the court against the Ducks, she scored 16 points on 7-of-12 shooting with seven rebounds, three assists and two blocked shots. She saved her best performance for the championship game, helping the team down the Huskies behind a 22-point, 15-rebound performance. Along with nearly posting her first double-double of the season by halftime (11 points, 9 rebounds), Boston also recorded more offensive rebounds (7) than UConn’s entire team (6) for the game.

South Carolina’s six wins are most in the conference, despite playing the fewest home games of any SEC team (with one). That will soon change, though, as the Gamecocks begin a four-game home stand starting on Friday, Nov. 26 with a 3 p.m. game against Elon. That will air on the SEC Network+ online stream.