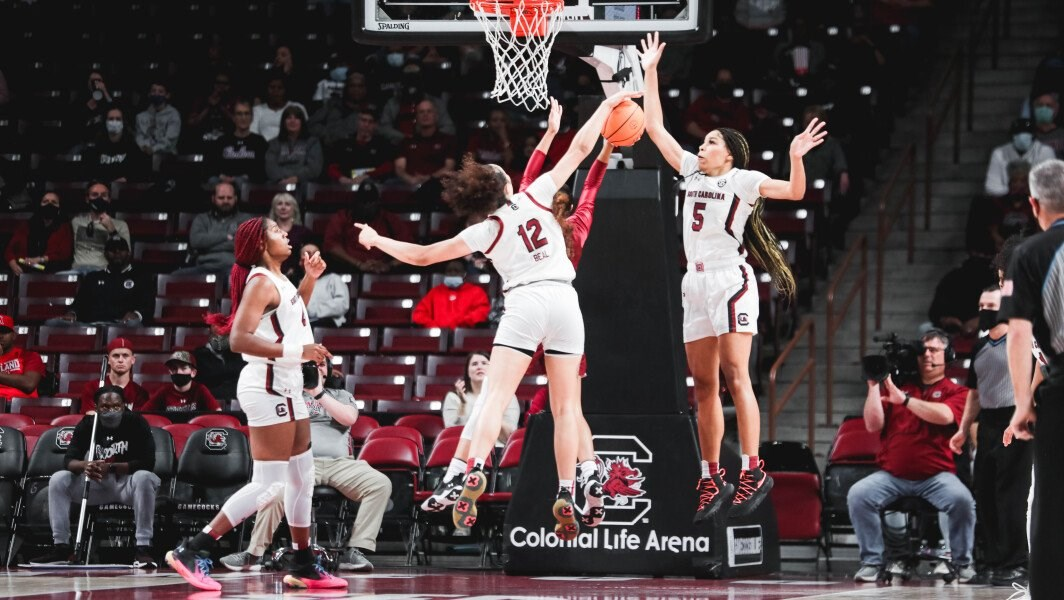 Boston powers No. 1 South Carolina to 79-38 blowout of Elon

by By PETE IACOBELLI / AP Sports

Zia Cooke finished with 11 points and Destanni Henderson had 10.

South Carolina returned home for the first time since its run to the Battle4Atlantis title, which included double-digit wins over Oregon and UConn.

The Gamecocks kept up their strong play early against Elon. Boston went for six points and two blocks the first 10 minutes. When Henderson hit a 3-pointer just seven minutes in, South Carolina led 20-4 and looked ready to roll the rest of the way.

But Elon didn’t cave, going on a 19-8 surge the next eight minutes. The Gamecocks recovered down the stretch as Cooke hit a 3-pointer and Henderson converted a driving basket to help their team to a 33-23 halftime lead.

South Carolina coach Dawn Staley and her Elon counterpart, Charlotte Smith, were teammates on the Charlotte Sting in the WNBA. They were also ACC standouts who competed against each other in 1992, Staley with Virginia and Smith for North Carolina.

UP NEXT
The team’s four-game home stand continues Monday, Nov. 29 with a 7 p.m. game against North Carolina A&T. The game against the Aggies will air on the SEC Network.