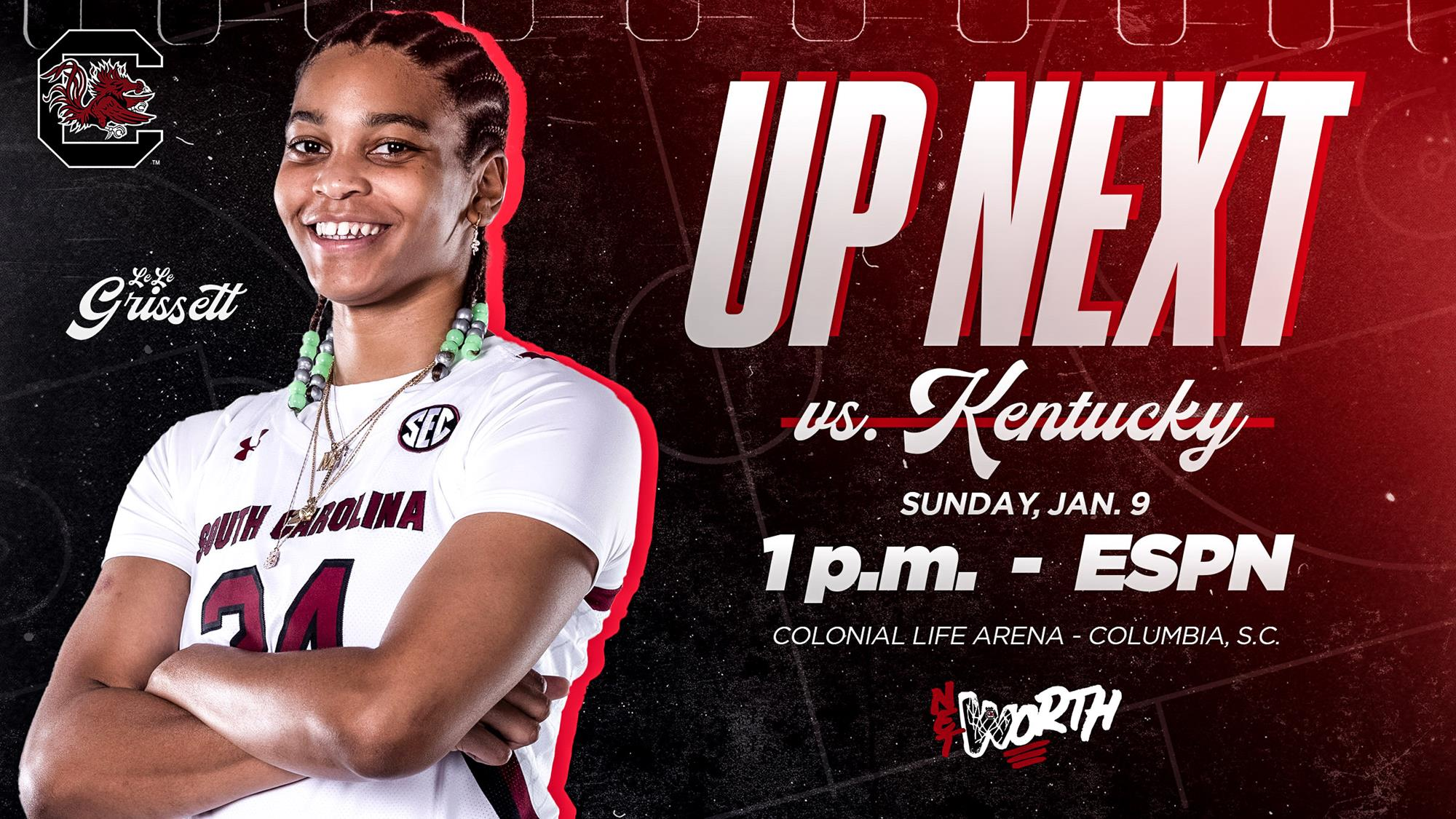 8 – Aliyah Boston’s eight straight double-doubles are the most in school history since the record nine was set in 1975 and tied in 1978.

154 – Dawn Staley’s 154 SEC victories ties Gary Blair for the most among active league coaches and has been achieved in five fewer seasons.

The Kentucky Series
After winning 13 of the last 14 meetings, South Carolina leads the all-time series against Kentucky 35-34. In the Dawn Staley era, the Gamecocks are 19-10 against the Wildcats.

The Gamecocks swept the series each of the last two seasons – winning at home by 20+ points and on the road by single digits.

In the Wildcats’ last trip to Colonial Life Arena (Feb. 21, 2021), the Gamecocks used 60.0 percent shooting in the third quarter to establish an insurmountable lead en route to the 76-55 victory. Zia Cooke drove the offense with 21 points.

Ranked Readings
Against ranked opponents, South Carolina is 92-66 in the Dawn Staley era (beginning 2008-09), and even that mark is skewed by the early seasons of her tenure.

This season, South Carolina’s seven wins over ranked opponents (all AP top-15 teams) are the most in the country and have come by an average of 9.7 points.

Junior Aliyah Boston leads the team against ranked opponents, averaging a double-double (16.9 pts/12.6 rebs) to go with 3.9 blocks per game.

Schedule Strength
South Carolina leads the country with seven games against nationally ranked teams, all ranked in the AP top 15 at the time of the game. Wins in all seven of those games have the Gamecocks atop the NET rankings as well.

The Gamecocks’ non-conference schedule is rated third-toughest in the country and preceded an SEC slate that includes seven games against conference rivals in this week’s national rankings.

Glass Ceiling
Since the start of the 2019-20 season, the Gamecocks have dominated on the glass, ranking among the NCAA’s top five in rebounds per game and rebounding margin every season and sixth in offensive rebounds per game each of the last two full seasons. South Carolina has been out-rebounded just once (Stanford, 12/21/21) in its last 48 games, dating back to the 2019-20 regular-season finale against Texas A&M.

Individually, Aliyah Boston leads the way with 10.4 rebounds per game, which ranks second in the SEC and 17th in the nation. Two other Gamecocks pull in more than five boards per game – center Kamilla Cardoso (5.6) and guard Brea Beal (5.4).