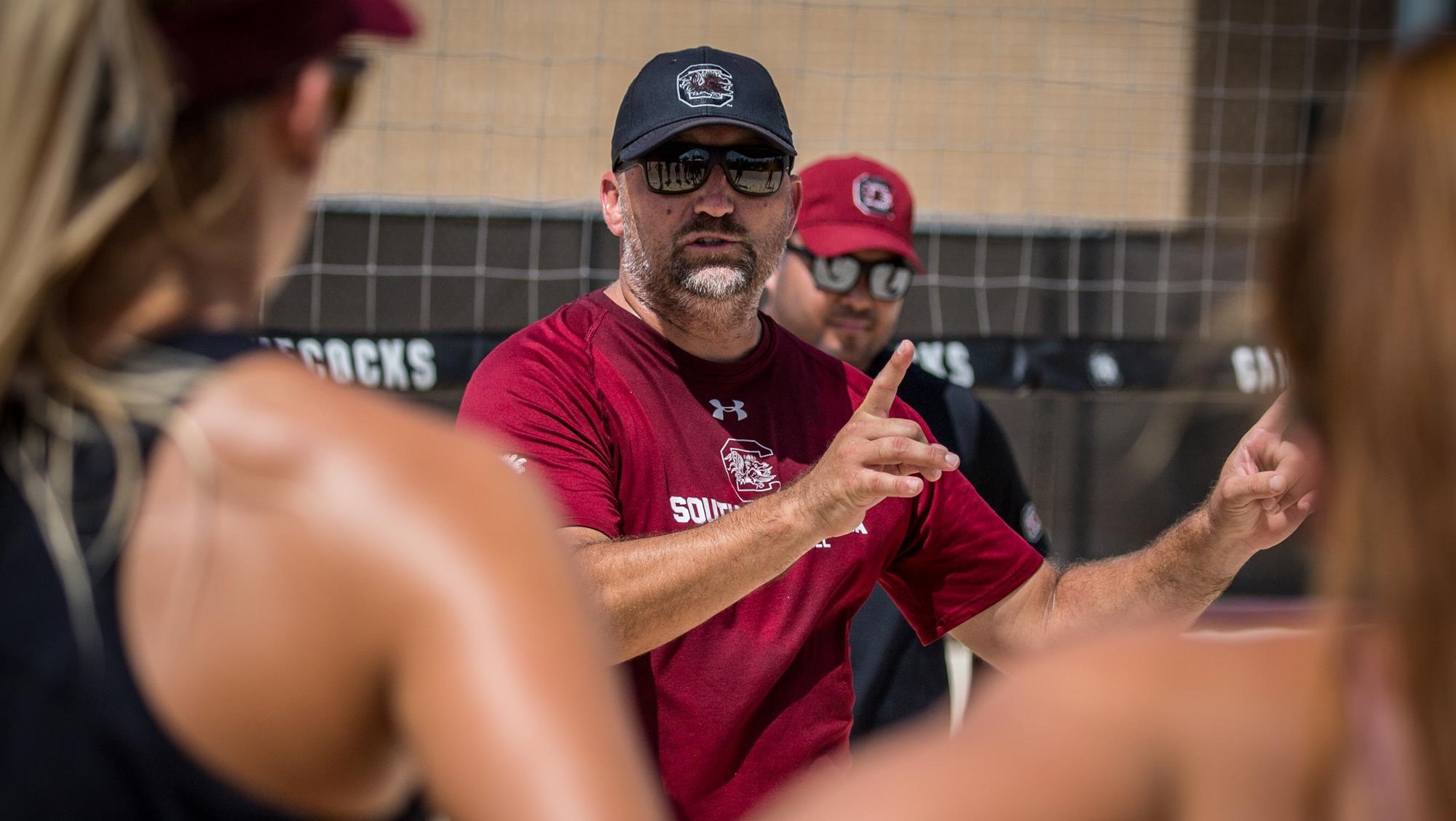 The season begins with heightened anticipation after the NCAA announced in the fall that beach volleyball’s national tournament field will double from eight participants to 16 this spring. The Gamecocks are coming off a 2021 season where they won 23 games on the sand, the second-highest win total in program history, and spent the entire season ranked in the American Volleyball Coaches Association’s top-20 poll.

“We’re excited about our schedule and with the quality of volleyball rising so much year in and year out, there are no opponents that we can take lightly,” Moritz said. “Right now, our coaching staff is looking forward to seeing this group back together in the sand to see how their hard work in the fall paid off with the season now just around the corner.”

The season starts with back-to-back weekend on the road, starting Feb. 25-26 at the Stetson Spring Fling in DeLand, Fla. Along with playing the host Hatters, South Carolina plays FGCU, College of Charleston and Mercer. The following week, March 4-5, the team makes its first trip to Fort Worth for TCU’s Horned Frogs Invitational. The Gamecock face familiar foes, taking on Georgia St. and Florida St. along with TCU and Central Arkansas.

The home opener at Wheeler Beach will be the Gamecock Grand Slam, March 11-12. Day one features a tough slate for the team, which plays Pepperdine at 11 a.m. and LSU at 5 p.m. Day two features duals against Louisiana-Monroe and Mercer.

Closing out the month of March, the Gamecocks travel to Gulf Shores, Ala. for The March to May tournament, hosted by UAB March 18-20 at the site of the national tournament. It will be a loaded field competing, with duals against UAB, Grand Canyon, FAU, Tulane and a rematch with LSU.

April brings another home tournament, the Carolina Challenge from April 1-2. The first day of duals features matchups with Jacksonville and Stetson, day two brings UAB and UNCW. The team stays in-state the next weekend with a tournament at Coastal Carolina April 8-9. Three rematches are scheduled (UNCW, Mercer, College of Charleston) along with a showdown with the host Chanticleers.

The annual Coastal Collegiate Sports Association’s conference tournament will be April 28-30 in Huntsville, Ala. and the NCAA tournament runs May 6-8 in Gulf Shores.

“Top to bottom, the teams in our conference and the teams in our schedule will each present unique challenges,” Moritz added. “It will be a test each match to make sure we are ready to step up to the task.”

Follow South Carolina on its social media accounts (@GamecockBeachVB) for up-to-date information and features on the team.