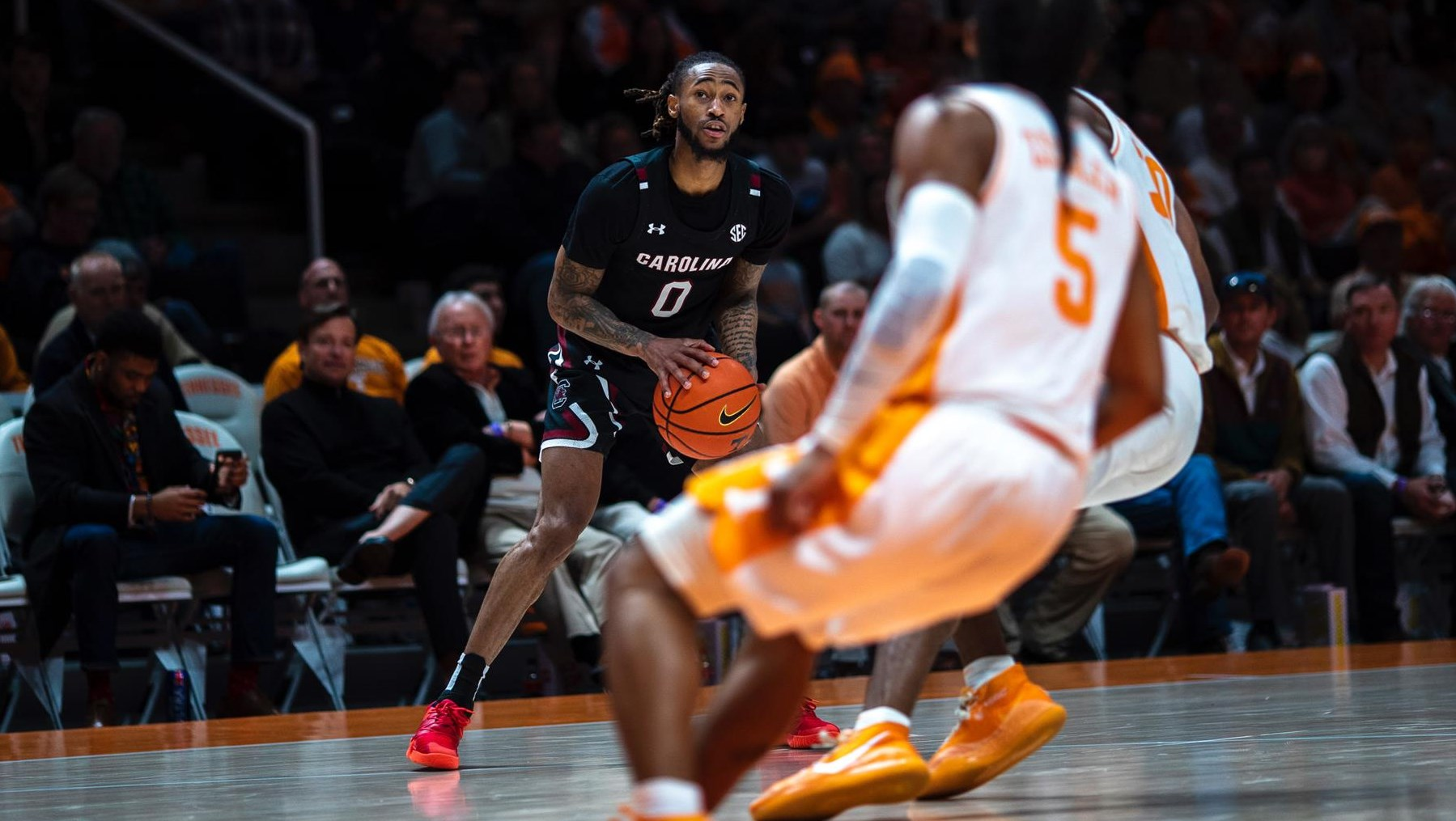 The Volunteers (11-4, 2-2 Southeastern Conference), who live by the 3-point shot, missed their first five attempts and didn’t hit their first 3-pointer until 2 minutes were left in the first half. The score was tied at 22 when Tennessee went on a 12-2 run that spilled over into the second half.

Josiah-Jordan James had 11 points and 12 rebounds to aid the Tennessee effort. James hit a 3-pointer at the buzzer to end the first half that gave the Vols a spark. Zakai Zeigler had 11 points and John Fulkerson added 10.

KEY STATS
> The Gamecocks turned it over 23 times, which marks their second-highest total on the season. Carolina turned it over 24 times on Nov. 14 against Western Kentucky.
> Tennessee outscored Carolina in the paint by a margin of 28-16.

NOTABLES
> James Reese V scored 15 points to lead all scorers. He matched his season high with 15 points.
> Reese V also matched his season high in rebounds with five.
> Erik Stevenson collected six rebounds to lead the Gamecocks. Stevenson also scored five points and is now just four points away from 1,000 career points.
> Tennessee has won seven of the last eight matchups in the series with Carolina and earned its 30th victory overall in Knoxville in the series.

UP NEXT
> South Carolina returns home to face Florida  (9-5, 0-2 SEC) on Saturday after its two-game road swing in The Volunteer State. Tip time is set for 1 p.m. (ET) at Colonial Life Arena vs. the Gators. Dave Neal (pxp) and Jon Sundvold (analyst) will be on the call for the SEC Network broadcast.