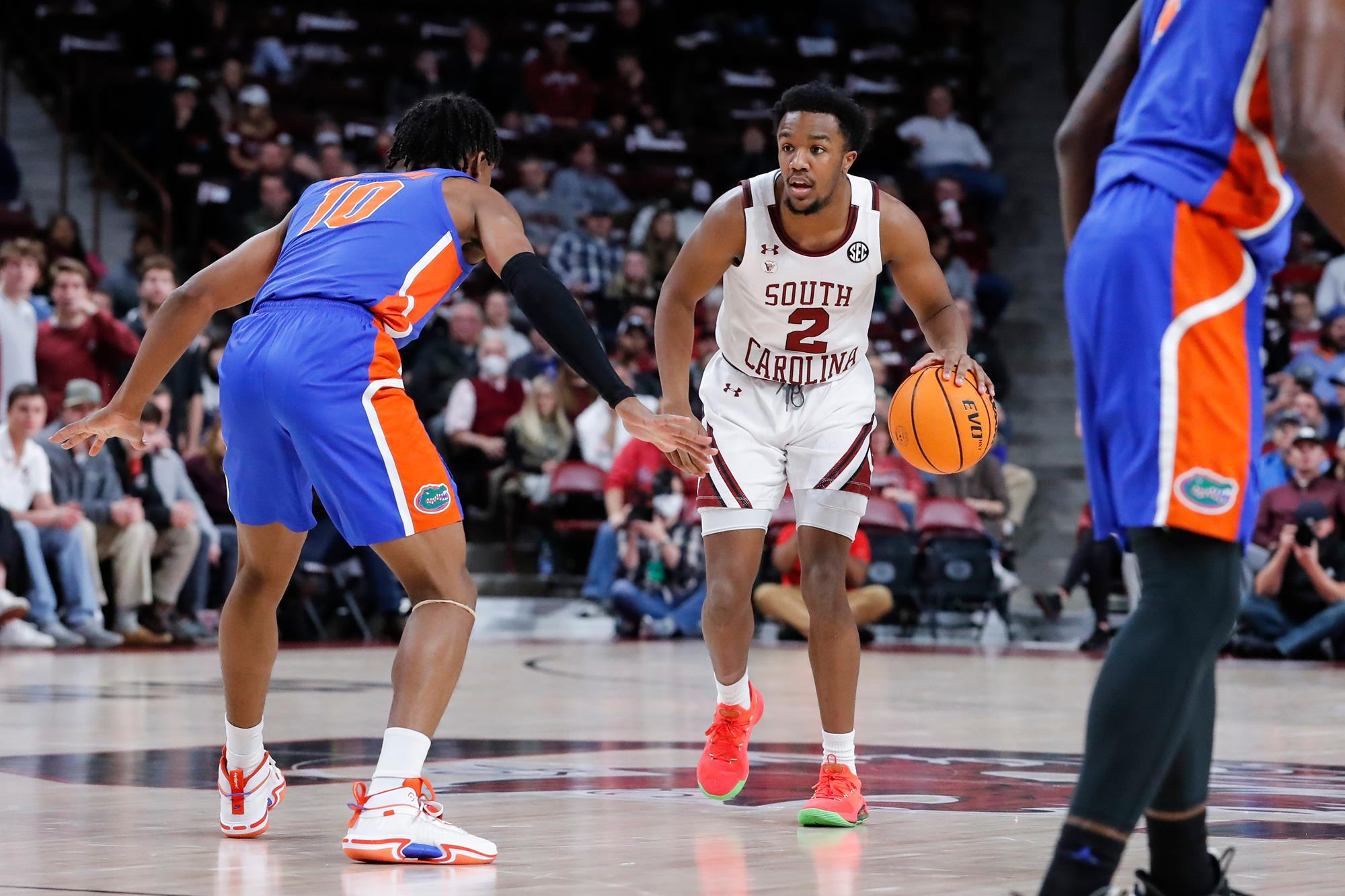 Carolina returns to action at Arkansas on Tuesday night.

Colin Castleton added 10 points, 10 points fewer than his average in conference play, but had a career-tying eight blocks plus seven rebounds. Florida (10-6, 1-3) avoided its its first 0-4 SEC start since 1950.

In its three SEC losses – all against teams ranked in the top 15 – Florida shot 40%. Against the Gamecocks, the Gators shot 55% to 35% for South Carolina.

South Carolina, which trailed by 13 after CJ Felder sparked an 8-0 Gators run with a pair of dunks, got within six after a Carter 3-pointer with 1:14 remaining. Florida ran the shot clock down then Reeves saved a rebound as he flew out of bounds. South Carolina was forced to foul and Tyree Appleby made two free throws before a final Castleton block – Florida’s 11th of the game.

The Gamecocks only lead was 2-0. Two turnovers and three missed shots by the Gamecocks helped Florida go on a 9-0 run and take the game’s first double-digit lead at 21-10 with Elijah Kennedy capping the spurt with five points, including a 3-pointer. The lead reached 14 before South Carolina scored the final five points, including a Jacobi Wright 3-pointer to close within 36-28.

KEY STATS
> The Gamecocks turned it over just nine times in the Florida game, dishing out 10 assists, while forcing the Gators into 15 miscues.
> Florida scored 34 of its 71 points in the paint and blocked 11 Gamecock shots, eight from Colin Castleton.

NOTABLES
> Erik Stevenson scored his 1,000th career point in the second half of the Florida game. Stevenson now has 1,006 points in his career at Wichita State, Washington and South Carolina.
> Keyshawn Bryant tied a season high with eight rebounds, four on the offensive glass, in the Florida game. Bryant added four points and a steal in a starting role.
> Ta’Quan Woodley came off the bench to grab five rebounds, tying his career high set in games against USC Upstate (Nov. 9) and at Clemson (Dec. 18). Four of those boards came on the offensive end in 13 minutes played.
> Chico Carter Jr. led the Gamecocks with 12 points on 5-of-9 shooting from the floor and 2-of-4 from three-point range. Carter has led Carolina in scoring twice this season, at Clemson (Dec. 18) and on Saturday vs. Florida.

UP NEXT
> South Carolina hits the road again for another Tuesday night game at Arkansas (11-5, 1-3 SEC) with Dave Neal (pxp) and Daymeon Fishback (analyst) on the call for the SEC Network broadcast. Tip time is set for 7 p.m. (ET).