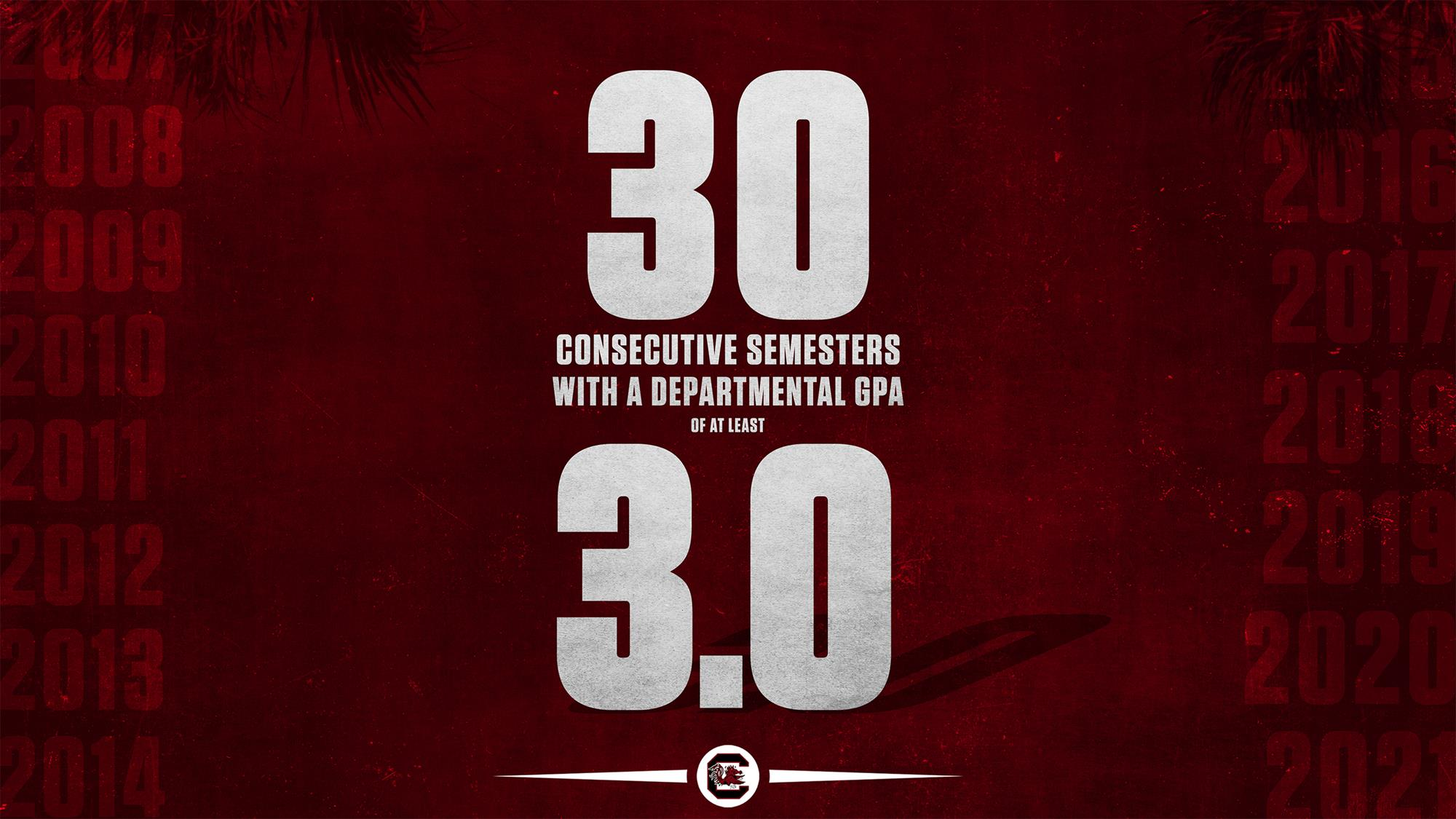 The University of South Carolina student-athletes have reached a departmental grade point average above 3.0 for the 30th-straight semester.

Gamecock student-athletes concluded the Fall 2021 semester with a departmental grade point average (GPA) of 3.245 with 16 of 18 teams earning a GPA of 3.0 or better.

“The term ‘Student-Athletes’ has special meaning at the University of South Carolina,” said Athletics Director Ray Tanner. “The drive to excel on the playing fields and courts are only matched by the determination to stand out in the classroom and reach the ultimate goal of graduation.”

“I want to thank our Dodie Academic advisors and staff for their work in helping our student-athletes along the way,” added Tanner. “This is a great team effort. The Dodie staff wants to see our young people be successful, not only in their athletic pursuits, but also in their life pursuits.”

“We are incredibly proud of the academic accomplishments of our current and former student-athletes,” said Paul Stoltzfus, Associate AD for Academics.  “Over this remarkable 15-year span, Gamecock student-athletes have cemented academic achievement and graduation as the cornerstone of the student-athlete experience at UofSC.”

Below are the fall 2021 semester departmental grade point averages, by sport: