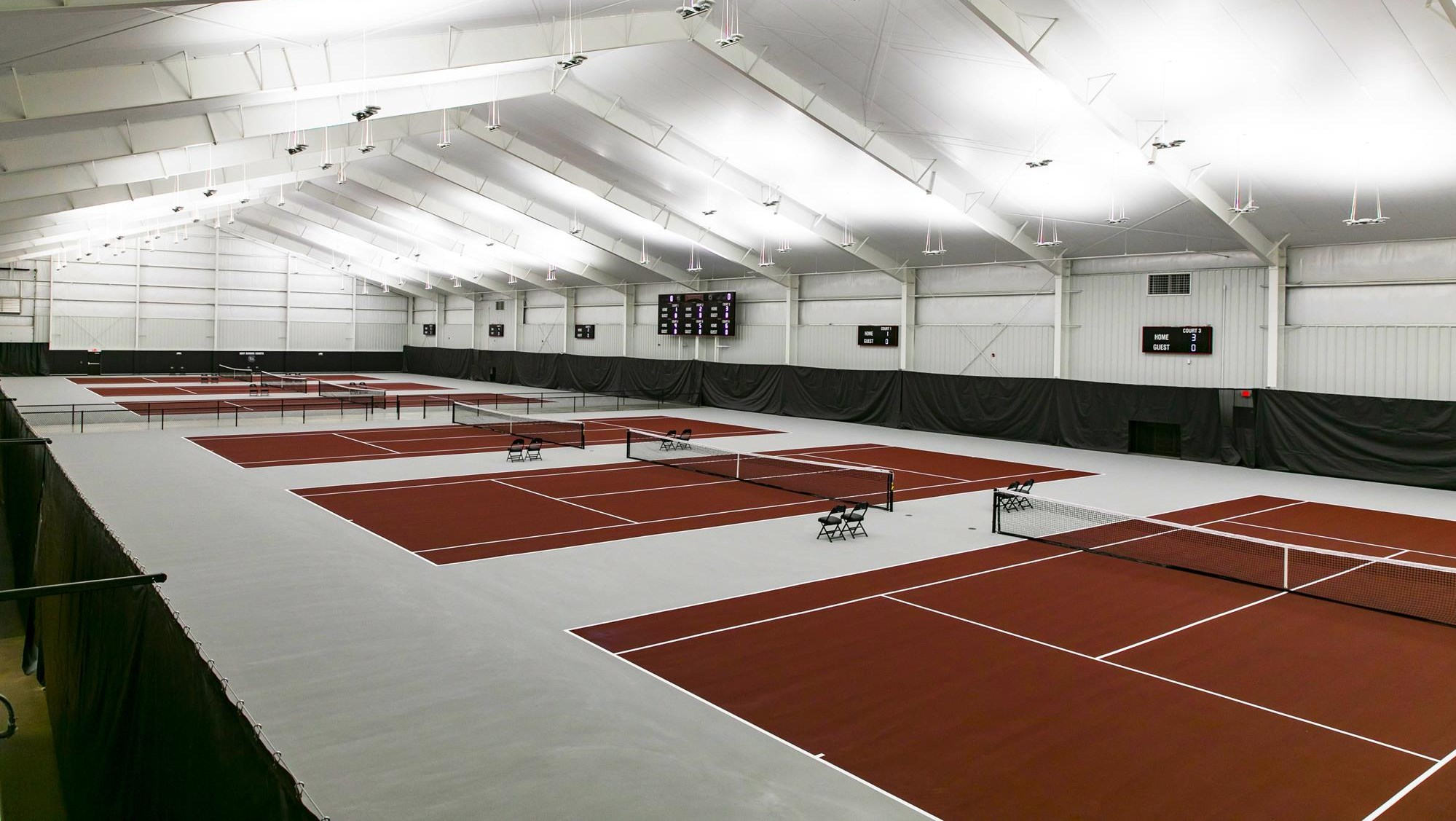 Columbia, S.C. – No. 12 South Carolina men’s tennis kicks off its Spring 2022 schedule with four home dual matches at the new Carolina Indoor Tennis Center. The Gamecocks will start the weekend against Presbyterian at 8:30 a.m. on Friday, Jan. 21, followed by a match against The Citadel at 2:30 p.m. They will then face off against Charlotte on Sunday, Jan. 23, at 10 a.m. before their final match of the weekend against College of Charleston at 1 p.m.

All matches will be played at the Carolina Indoor Tennis Center. Admission is free and open to the public. Masks are required for all spectators in accordance with university policy. Live stats will be provided on GamecocksOnline.com

Gamecock Notables
• In his 12th season as head coach of the Gamecocks, Josh Goffi returns seven members of last season’s squad that finished the season ranked No. 13 in the nation.
• This is the fourth-straight spring season that the Gamecocks begin ranked in the top 25.
• Three Gamecocks start the spring season with singles rankings – No. 29 Daniel Rodrigues, No. 50 Toby Samuel, and No. 120 Beau Pelletier.
• NCAA Singles Finalist Daniel Rodrigues returns for the Gamecocks. He went 2-1 through the fall season with ranked wins over No. 30 and No. 62.
• The Gamecocks went 48-36 in singles throughout the fall season with eight wins over nationally ranked opponents.

Scouting the Field
Presbyterian
• The Blue Hose were picked to finish first in the Big South Conference following their win of the conference title last season. They also return Big South Player of the Year Max Benson.
• Presbyterian began its season with a 5-2 win over Kennesaw State on January 15.
• The Blue Hose swept the Big South weekly awards last week with Sebastian Dominguez being named Player of the Week and Dusan Milanovic being named Freshman of the Week.

The Citadel
• The Bulldogs earned five wins last season, including a dominant 9-0 victory at Methodist.
• Seven members of last years squad return for the Bulldogs including their No. 1 doubles pair of Zvonko Bencedic and Josiah Schainblatt.

Charlotte
• The 49ers ended last season at No. 8 in the ITA Carolina Region and advanced to the semifinals of their conference championship.
• Charlotte opened its spring season with a dominant 7-0 win over Gardner Webb on Jan. 14.
• The 49ers are home to the nation’s No. 9 doubles pair in Stefans Savva and Coy Simon.

College of Charleston
• The Cougars advanced to the quarterfinals of the CAA Championships in the 2021 season.
• The team went 8-8 on the season last year with seven of its victories coming from road matchups.