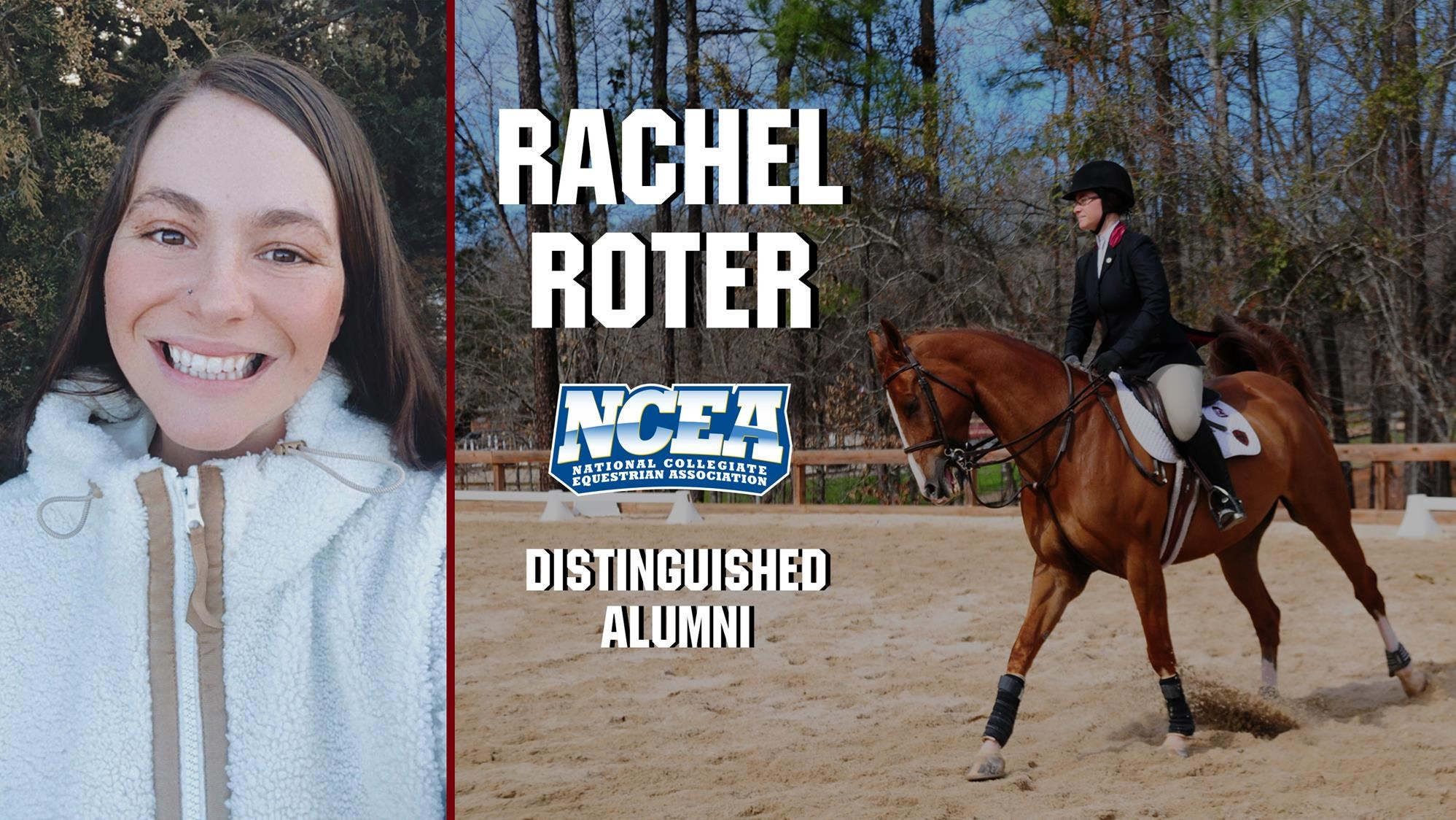 Distinguished Alumni are recognized in eight categories including business, community engagement, education, equine industry (rider/trainer/coach), equine industry (business), health sciences/services, media & communication, and young alumni.  Distinguished Alumni must be separated from their institution for at least six years prior to nomination and are recognized as distinguished in the following areas: academic success, athletic success, outstanding service contributions, and post-graduate success. Roter earned the honor in the education category.

“Rachel Roter was an integral part of our team during her time here at South Carolina and always had a positive attitude. She was the ultimate team member and has carried that trait into her teaching career,” said head coach Boo Major. “In her short career, she has really been in the trenches. She works hard to improve the lives of all children she teaches and I can’t think of anyone more deserving of this award.”

In her first year with the team, Roter notched a pair of wins on the flat with rides against South Dakota State and Auburn. She competed in multiple exhibitions and was a four-year letter winner. Notably, she won the Coaches Award at the team banquet in 2013 and made the SEC Academic Honor Roll every year.

Upon graduation, Roter became a Teach For America Corps Member and was placed on the Standing Rock Sioux Nation in South Dakota as a multigrade classroom teacher at Rock Creek Grant School. She was awarded Teacher of the Year in the 2016-17 school year and helped third and fourth graders improve their math and reading skills. She then became a mentor teacher and instructional coach in 2018 and implemented school-wide plans to better the students and faculty.

Following her work with the Rock Creek Grant School, Roter serves as an online ESL Teacher through VIPKid to provide one-on-one English language instruction to individuals in China. Additionally, she is a self-proclaimed  ‘Chaos Coordinator’ of her four children and provides support distance learning for them at home.

For more information on South Carolina equestrian, check out the team on GamecocksOnline and on social media: