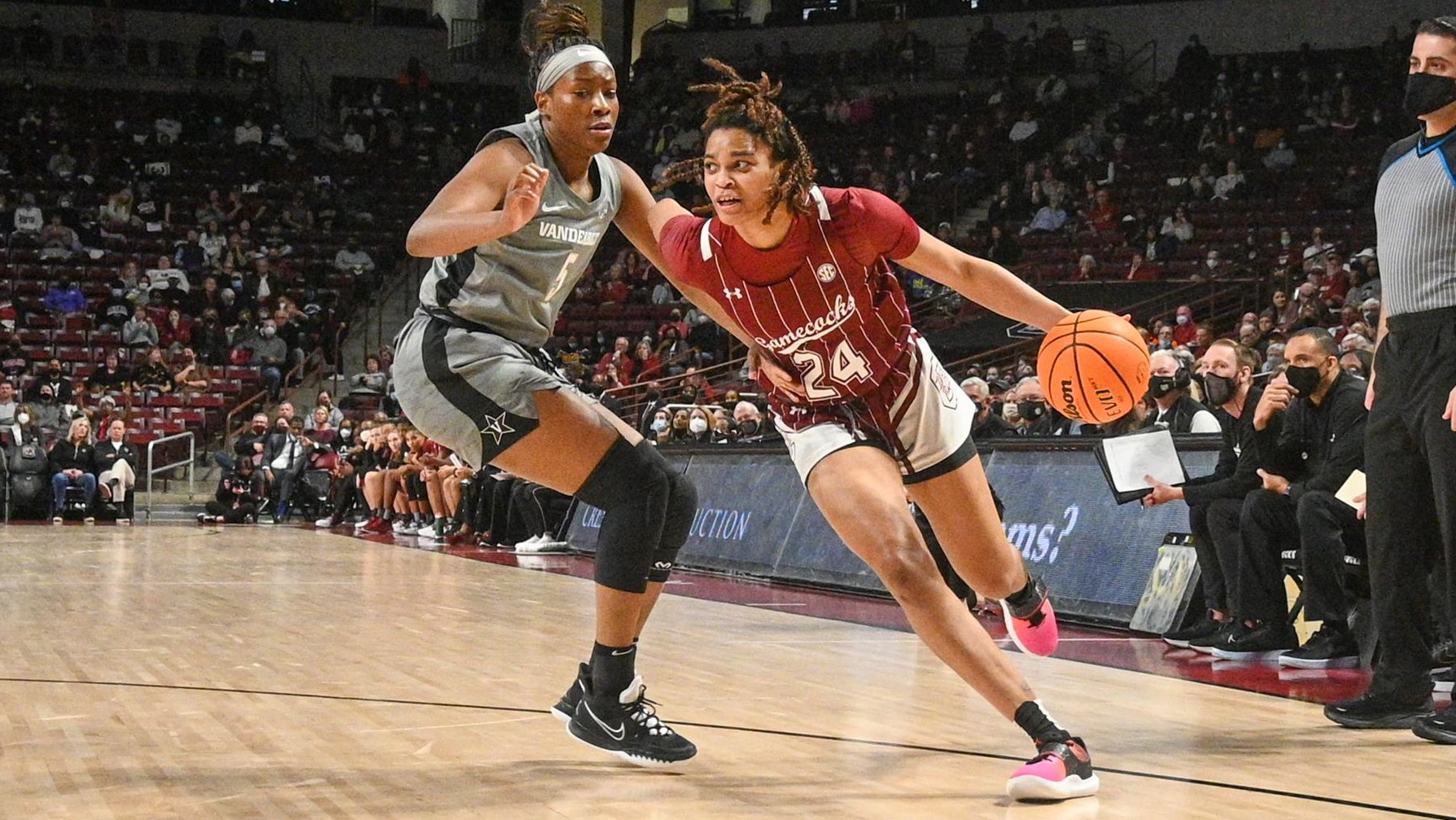 COLUMBIA, S.C. (AP) – LeLe Grissett typically brings South Carolina energy off the bench. This time, the fifth-year senior did it from the opening tip.

Grissett had seven of her season-high 14 points in the first period as the top-ranked Gamecocks opened up a big lead on Monday night on the way to their 14th straight win over Vanderbilt, 85-30.

Aliyah Boston had 11 points and 12 rebounds for her 12th straight game with a double double. But it was Grissett who got South Carolina (18-1, 6-1 Southeastern Conference) off to a fast start.

The 6-foot-2 graduate student made just her seventh start in 132 games at South Carolina. She had missed the season’s first nine games recovering from a lower right-leg injury suffered at the SEC Tournament last March.

But when coach Dawn Staley needed someone to fill in for injured Zia Cooke, she didn’t think twice before choosing Grissett.

”She’s moving a lot better,” Staley said. ”Knowing that she’s healed up and knowing the things she can do out there for us.”

Grissett scored the first basket, then added her second career 3-pointer. When she scored again next time down the court, the Gamecocks were up 11-3 and on the way to a blowout.

”We’d been working so hard, and the work actually paid off,” Grissett said.

Boston added four assists, four steals and two blocks. With South Carolina up 42-17 at the half, the lone drama was whether Boston could continue her streak with six points and four boards the first 20 minutes.

But Boston pulled down six rebounds in the third quarter and cracked double-digit scoring with a three-point play early in the final period. The bench and the crowd erupted in cheers at Boston’s accomplishment.

Staley said it was difficult to justify keep her star out there with such a lead. But when Boston returned to the bench, Staley said Boston told her, ”thank you.”

Brinae Alexander had 10 points to lead the Commodores (10-10, 1-5), who were held to their lowest point total of the season.

The Gamecocks hadn’t played since winning at Arkansas 61-52 on Jan. 16 and it looked like the break only helped.

Vanderbilt coach Shea Ralph was disappointed with her team’s showing.

UP NEXT
Coming off the eight-day break, the Gamecocks are now in the thick of a busy week. Next up will be a home game against Ole Miss on Thursday, Jan. 27 at 6 p.m. on ESPN. It is a makeup from the postponed Jan. 2 game. The Rebels bring a 17-2 overall record to Colonial Life Arena and are ranked No. 24 in the latest Associated Press top-25 poll. To wrap the week, the team then travels to Gainesville for a noon tip at Florida on Sunday, Jan. 30. The Gators are 15-5 overall and are coming off an upset of No. 12 LSU at home on Sunday.