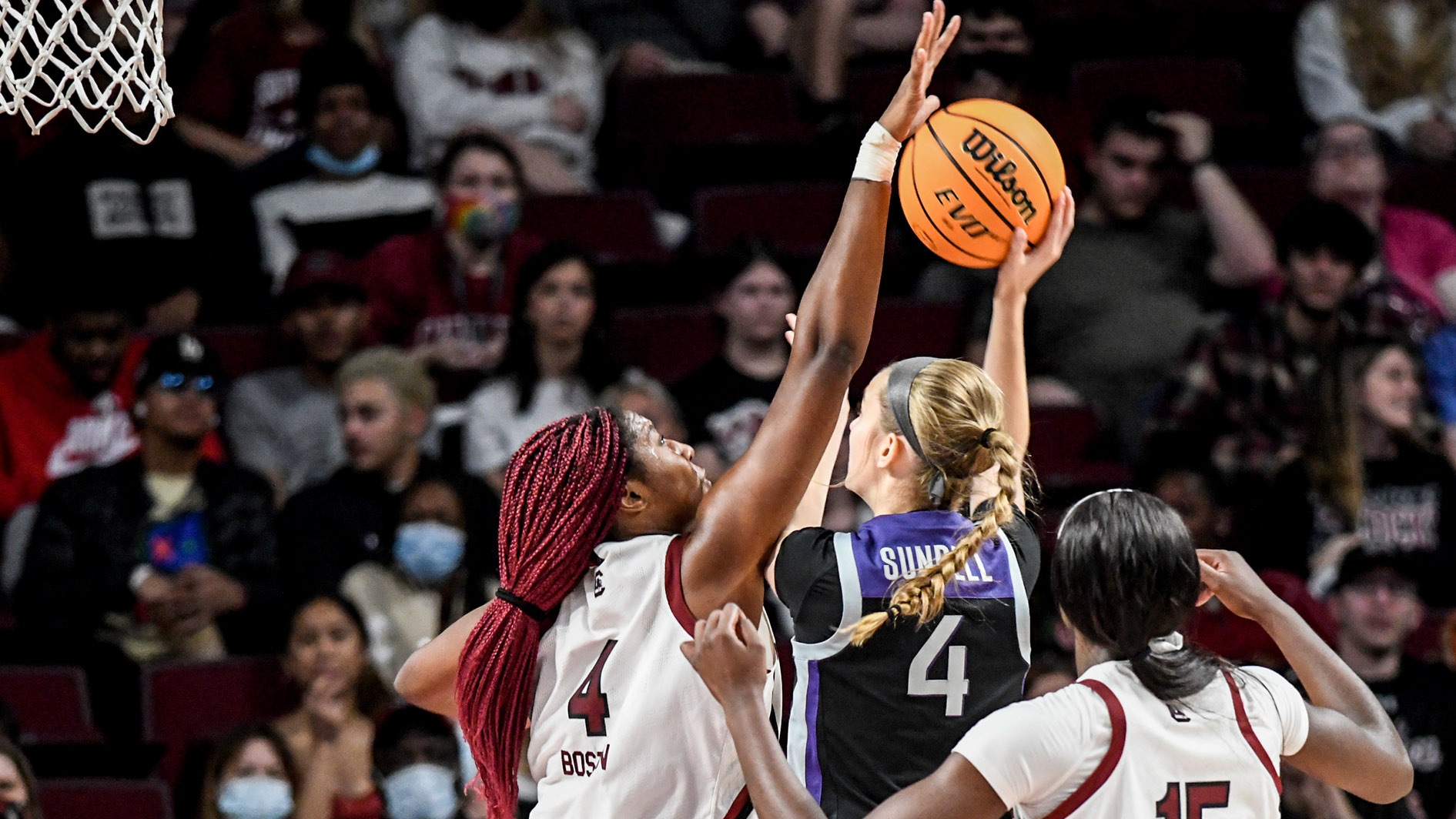 Boston on Watch List for Defensive Player of the Year

After a sophomore season that saw her finish as the only finalist for the Naismith Player of the Year and Defensive Player of the Year awards, Boston has dominated her junior campaign. Defensively she continues to combine the communication, leadership and basketball IQ to help the Gamecocks rank ninth in the nation in scoring defense, yielding just 52.5 points per game. On her own stat sheet, the 6-foot-5 forward is eighth in the nation in blocks per game at 2.95 and 15th in defensive rebounds per game (7.9). She has posted a program-record 12 consecutive double-doubles and hit double-digit points and rebounds in 13 of her last 14 games. In six of those games, she has grabble double-digit defensive rebounds alone.

This list of 15 players will be narrowed to 10 semifinalists at the end of February and four finalists on March 15. The winner will be announced on April 1.

No. 1/1 South Carolina is back in action on Thursday night, hosting No. 24/RV Ole Miss at 6 p.m. at Colonial Life Arena. The game will air on ESPN.