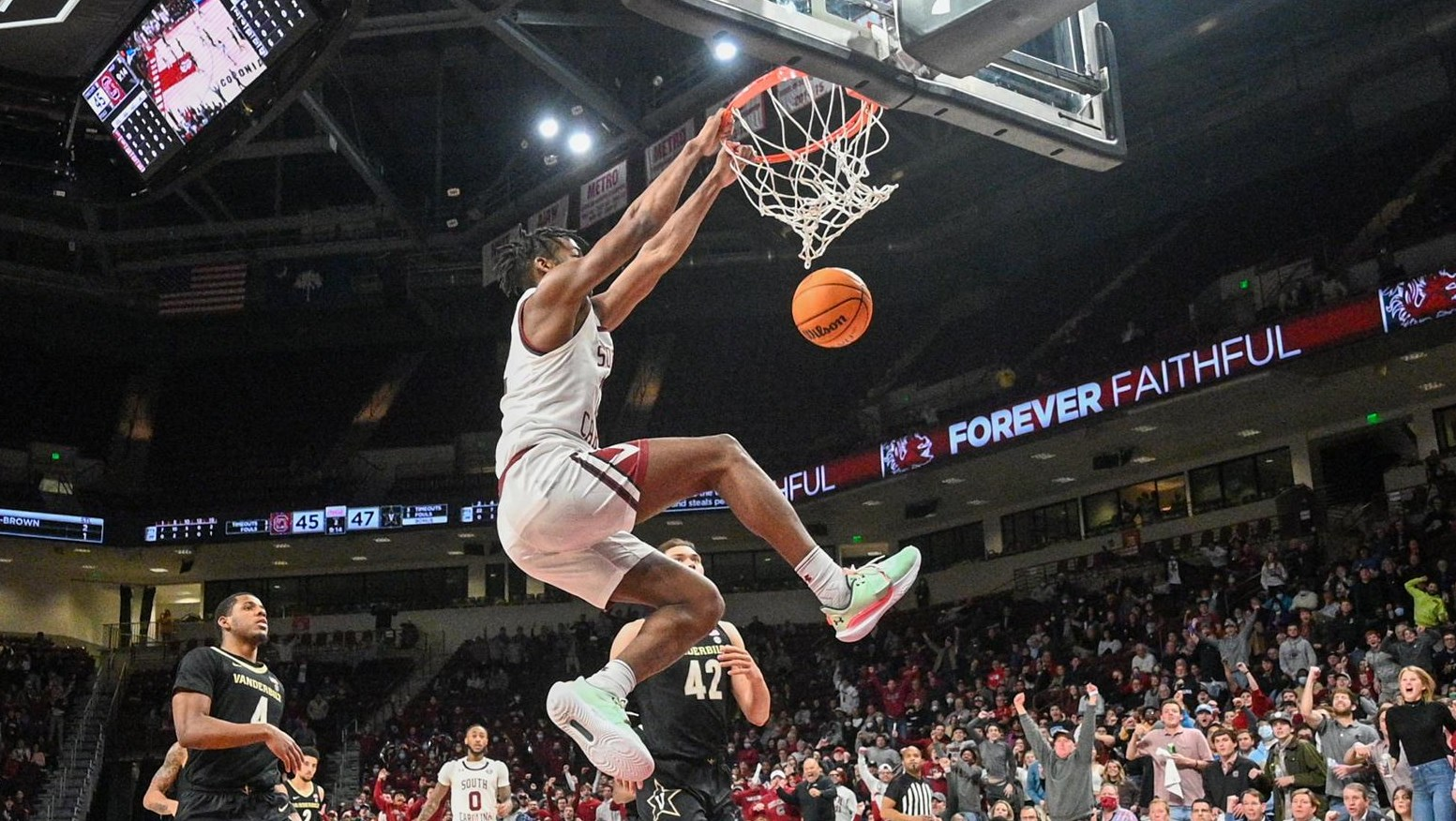 COLUMBA (AP) – James Reese V scored 19 points on 8-for-12 shooting and Jermaine Couisnard scored 14 and South Carolina took control in the second half to beat Vanderbilt 70-61 on Wednesday night.

The Gamecocks (12-7, 3-4 SEC) grabbed 13 of their 15 offensive rebounds after halftime which led to 14 second-chance points. South Carolina had a 41-29 rebounding advantage overall.

Quentin Millora-Brown made 1 of 2 foul shots to give the Commodores a 47-39 lead with 11:22 remaining. But a near two-and-a-half minute Vandy scoring drought and an 11-0 South Carolina run gave the Gamecocks a 50-47 lead.

Jordan Wright’s 3-pointer tied it, but Reese followed with a basket and that prompted a 10-3 South Carolina spurt and it led for the remainder.

Erik Stevenson scored 13 points for South Carolina which despite 7-for-23 shooting from beyond the arc shot – and missing 12 of 21 foul shots – finished 20 of 38 from inside the arc.

Scotty Pippen Jr. scored 24 points for Vanderbilt and Wright 10 for the Commodores, who led 30-26 at the break. Vanderbilt leads the overall series between two, 32-31.

The Commodores (10-9, 2-5) host Georgia on Saturday and South Carolina travels to Texas A&M also on Saturday.

KEY STATS
> The Gamecocks went on a 15-1 run from the 13:28 mark in the second half to the 8:35 mark in the second half to take a three-point lead.
> James Reese V (19), Jermaine Couisnard (14) and Erik Stevenson (13) all scored 13 points or more for Carolina.
> The Gamecock bench dominated Vanderbilt’s reserves, outscoring the Commodores’ bench 31-10.
> Carolina outrebounded Vanderbilt 41-29. The Gamecocks are now 11-2 this season when they outrebound their opponents.
> Gamecocks forced 16 turnovers and capitalized with 23 points off Vanderbilt’s mishaps.
15-1 run 13:28 2H to 8:35 2H to take a 3-point lead, forced five turnovers in span

NOTABLES
> James Reese V scored a season-high 19 points for the Gamecocks on Wednesday night. He was 8-for-12 from the floor and 3-for-6 from 3-point range.
> Scotty Pippen Jr. scored 24 points for Vanderbilt. That is the second-most scored by an individual against Carolina this season.
> The Gamecocks (44 percent from the floor) were outshot by the Commodores (45 percent from the field). It marks just the second win this season for Carolina when they shot worse than their opponent.

UP NEXT
> South Carolina has a two-game road swing starting on Saturday at Texas A&M (Jan. 29) and then traveling to Mississippi State (Feb. 1) on Tuesday. Tipoff in College Station is set for 8:30 p.m. (ET) with Paul Sunderland and Daymeon Fishback on site for the SEC Network broadcast. The team will travel a total of 1,845 miles over the course of the five-day road trip.