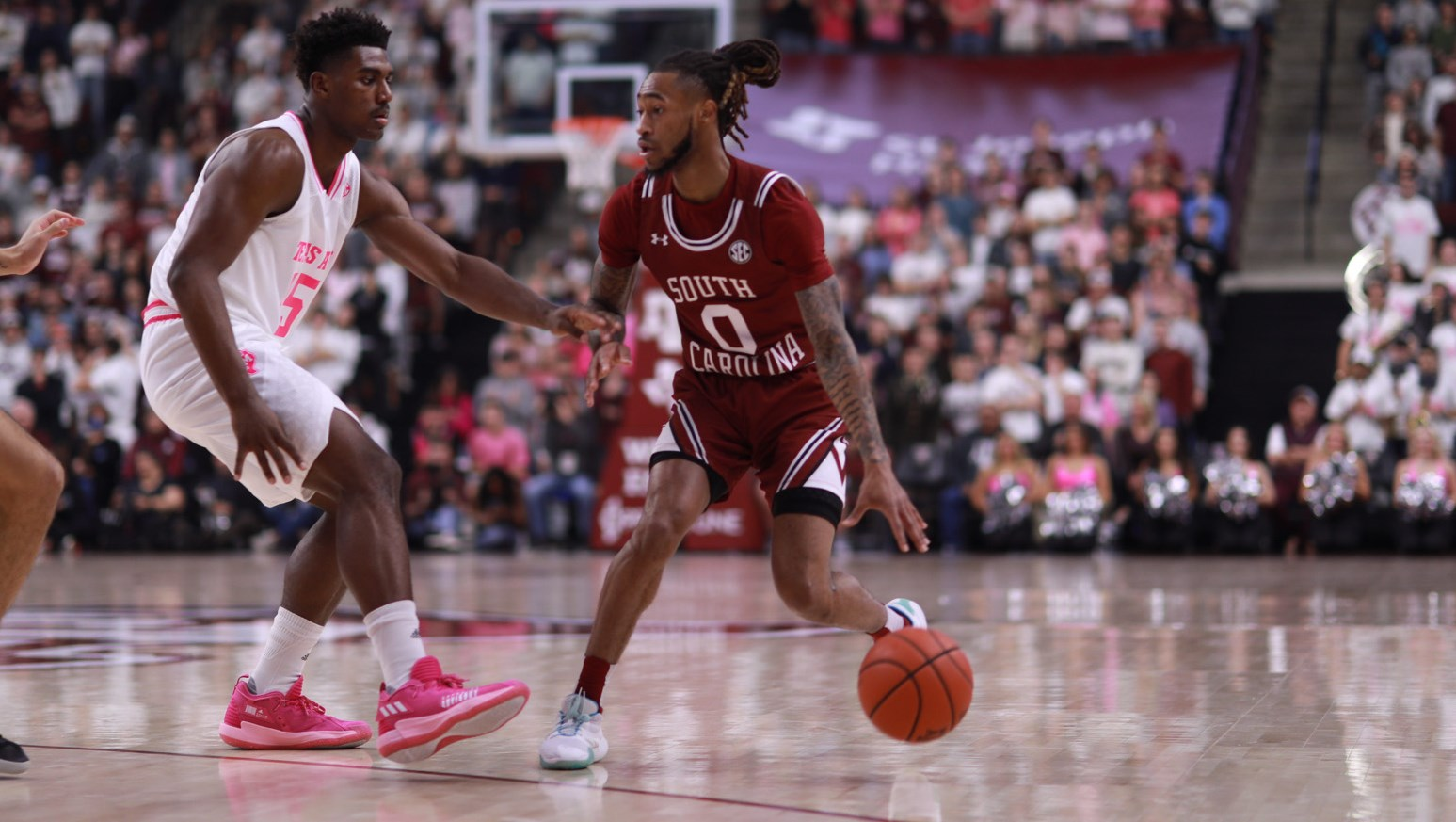 COLLEGE STATION, Texas (AP) – James Reese V scored 20 points to lead four in double figures and South Carolina pulled away about midway through the second half to beat Texas A&M 74-63 on Saturday night.

The Gamecocks used a 19-2 run for a 59-47 lead with 6:12 remaining. Couisnard made consecutive 3s and Stevenson scored five points during the stretch. The Aggies then pulled within six points three times but didn’t get closer.

Texas A&M had a Reed Arena-record 14,036 fans during its last home game, a 64-58 loss against 12th-ranked Kentucky, and had nearly 13,000 in attendance against the Gamecocks.

South Carolina plays at Mississippi State on Tuesday. Texas A&M is on the road against No. 18 Tennessee on Tuesday.

UP NEXT
> South Carolina will head to Mississippi State (Feb. 1) on Monday from College Station for a 7 p.m. matchup on Tuesday night at The Hump. Kevin Fitzgerald (pxp) and Jimmy Dykes (color) will be on the call remotely for the ESPNU broadcast.