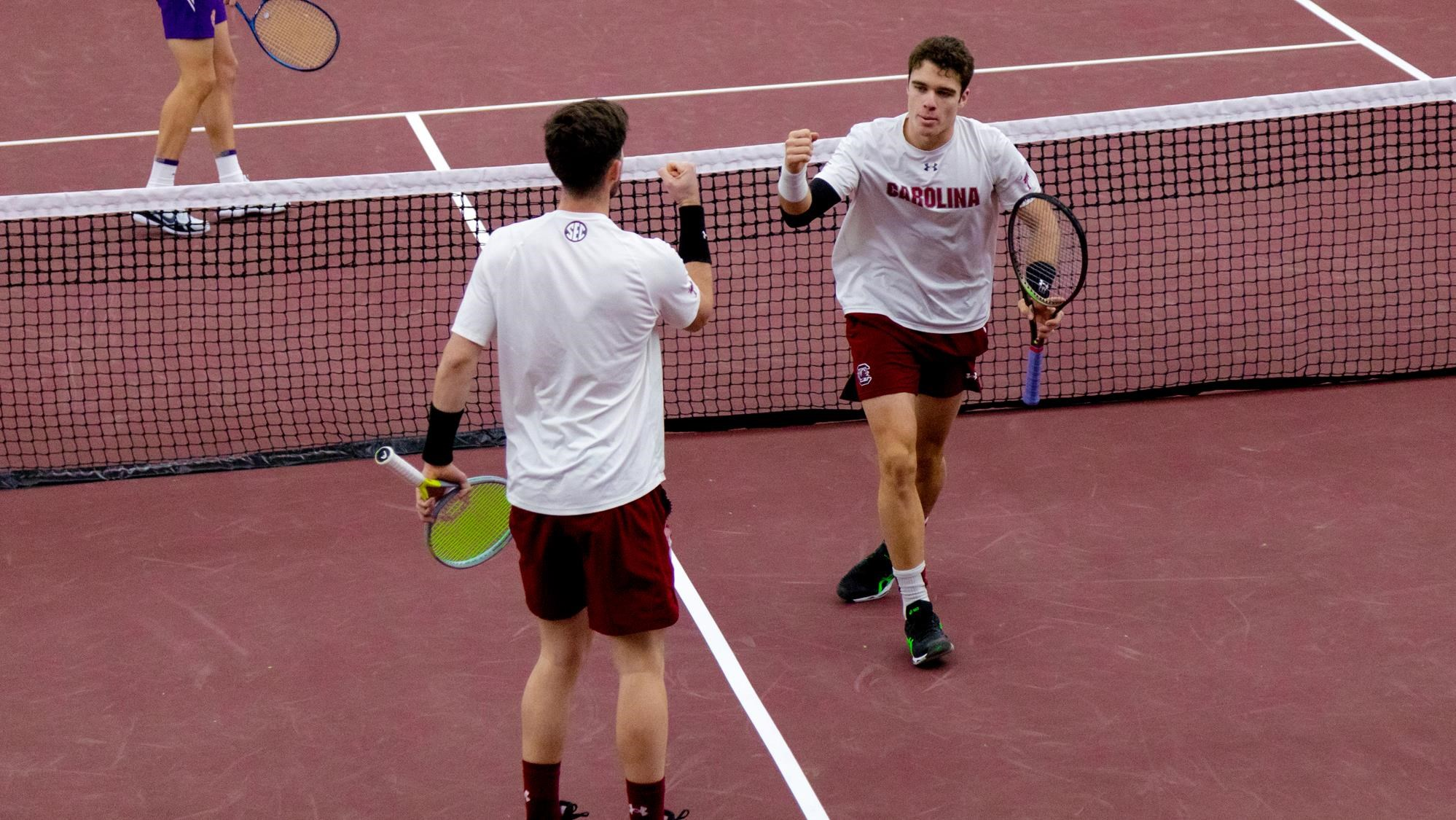 Columbia, S.C. – No. 13 South Carolina men’s tennis defeated LSU 4-1 to advance to the championship match of its bracket of ITA Kickoff Weekend. The Gamecocks defeated the Tigers 4-1 and will play Duke Sunday at 2 p.m. at Carolina Indoor Tennis Center. The winner of the match will advance to the ITA National Indoor Championships in Seattle, WA.

“The guys did great for our first-round match,” said South Carolina head coach Josh Goffi. “They worked through some nerves and played their best tennis at the end of the match. We’ll have to be a little sharper for a good Duke team tomorrow, but we are looking forward to a good match.”

Sophomore Connor Thomson and junior Daniel Rodrigues upset their second nationally ranked doubles pair of the season. The Gamecocks took down LSU’s No. 45 pair of Vlad Lobak and Gabriel Diaz Freire. Thomson and Rodrigues held the lead throughout the match to win 6-3, making the Gamecock duo a perfect 4-0 on the year. Their win clinched the doubles point for the Gamecocks after James Story and Raphael Lambling defeated their doubles pair by the same 6-3 score.

In singles, Thomson earned the first point for the team, making quick work of Joao Graca, defeating him 6-3, 6-3. The Tigers answered back with a point of their own after Freire defeated junior Jake Beasley in straight sets. Rodrigues extended the lead for the Gamecocks, defeating Lobak 6-3, 6-3 to put the team at 3-1.

Moments later Lambling clinched the match for the Gamecocks in a thrilling fashion. He battled tightly with Boris Kozlov in the first set to 5-5, before finishing off the last two games to take the set 7-5. Following his first set battle, Lambling carried the momentum into a perfect second set to close out the victory 6- and send the Gamecocks to the championship round.

In the other half of the bracket, Duke defeated Liberty to advance. Liberty and LSU will square off in the consolation match at 11 a.m.