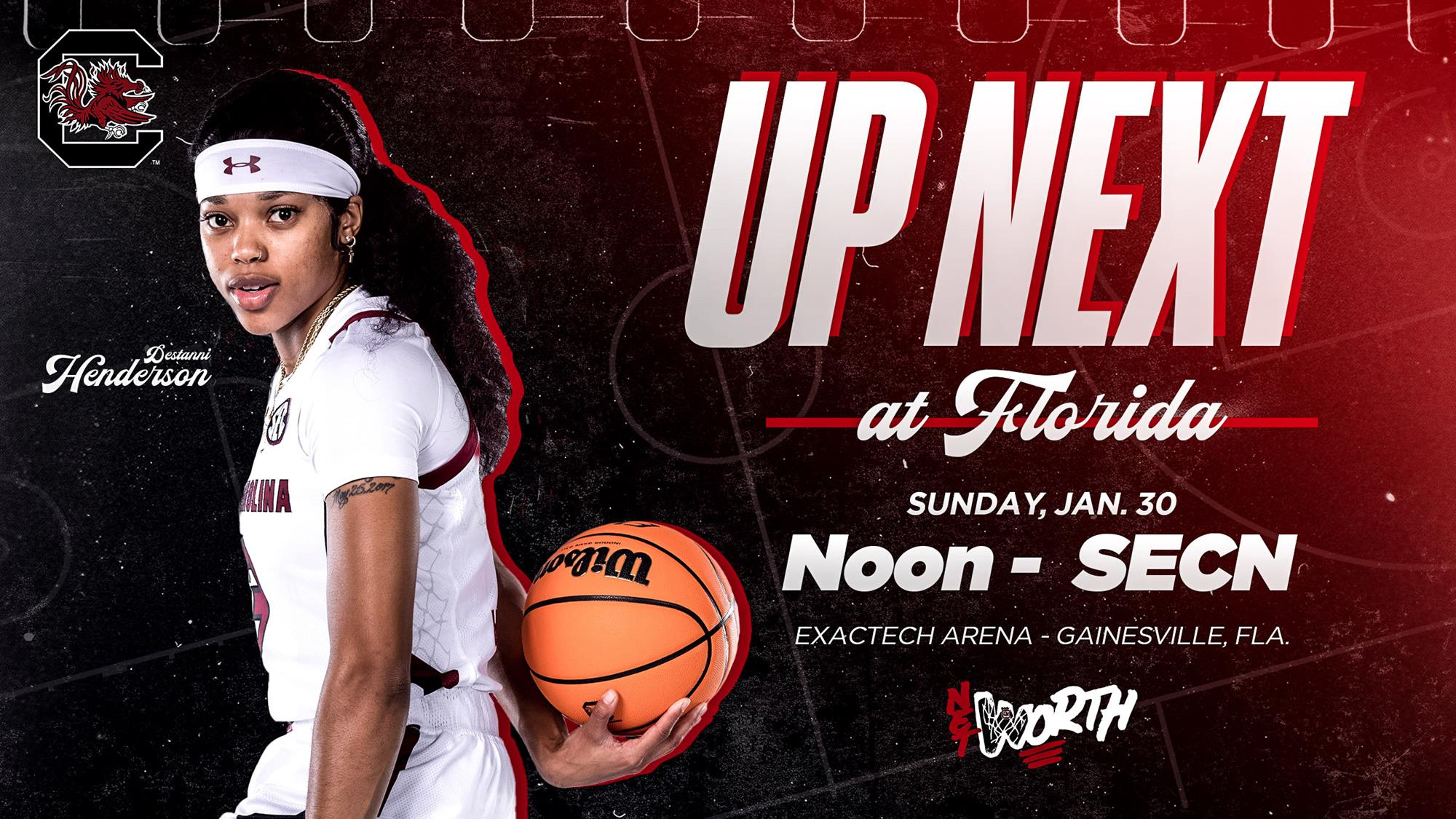 7.0 – South Carolina has outscored its opponents by an average of 7.0 points in the third quarter – a number that rises to 7.6 in SEC play.

27.2 – The Gamecocks have allowed their last five opponents to shoot just 27.2 percent from the field for 44.2 points per game.

The Florida Series
South Carolina leads the all-time series 21-20 after winning the last 13 meetings. In the Dawn Staley era, the Gamecocks are 13-4. Nine of the last 10 meetings were decided by double digits, including each of the last four.

Defense dominated the most recent meeting, which resulted in a 75-59 South Carolina victory on Dec. 31, 2020, in Columbia. The Gamecocks allowed just six points in the first quarter and 12 in the second to claim a 39-18 halftime lead. Aliyah Boston and Zia Cooke combined for 54 points on 52.5 percent shooting, and Boston and Victaria Saxton combined for seven blocks in the game.

Road Ready
The Gamecocks are 281-260 all-time in road games, including a 106-46 mark under head coach Dawn Staley.  Her .697 winning percentage on the road is the best in program history.

SEC Stories
South Carolina has been a regular contender for SEC regular-season championships since claiming its first one in 2013-14. In the last eight seasons, the Gamecocks have won the league five times – 2014, 2015, 2016, 2017, 2020 – and finished second in the other three seasons. They were picked by the league’s coaches to add another title this season.

After struggling through its first 17 seasons in the powerful league, South Carolina turned a corner with the arrival of Dawn Staley. Under her tutelage, the Gamecocks are 159-55 (.743) in league play with the 159 wins accounting for 71.3 percent of the program’s 223 all-time SEC victories.

Henny-thing Goes
Senior point guard Destanni Henderson is coming into her own in her final collegiate season, proving that trust in the process works. Entering the program as the No. 1 point guard in the Class of 2018, she waited her turn to step in to the starting role – even accepting a star bench position as a sophomore instead of clamoring for a starting role at another guard spot.

In two seasons as the starting point guard, Henderson is handing out 4.8 assists per game, including 25 games with five or more, and has a 1.8 assist-to-turnover ratio. Her 12.1 points per game in that time includes 41.6 percent shooting from 3-point range.

The increased scoring as a starter helped Henderson join the 1,000-point club at Arkansas on Jan. 14.

Ready to Cooke
A prolific scorer from the minute she got to campus, Zia Cooke averages 13.5 points for her career. In 83 career games, she has hit double-digit points 63 times – 75.9 percent of her games – including 13 20-point outings.

The junior preseason All-American hit 1,000 career points on Dec. 12 and has scored in double figures in seven of her eight SEC games to average 11.7 points per league game so far.