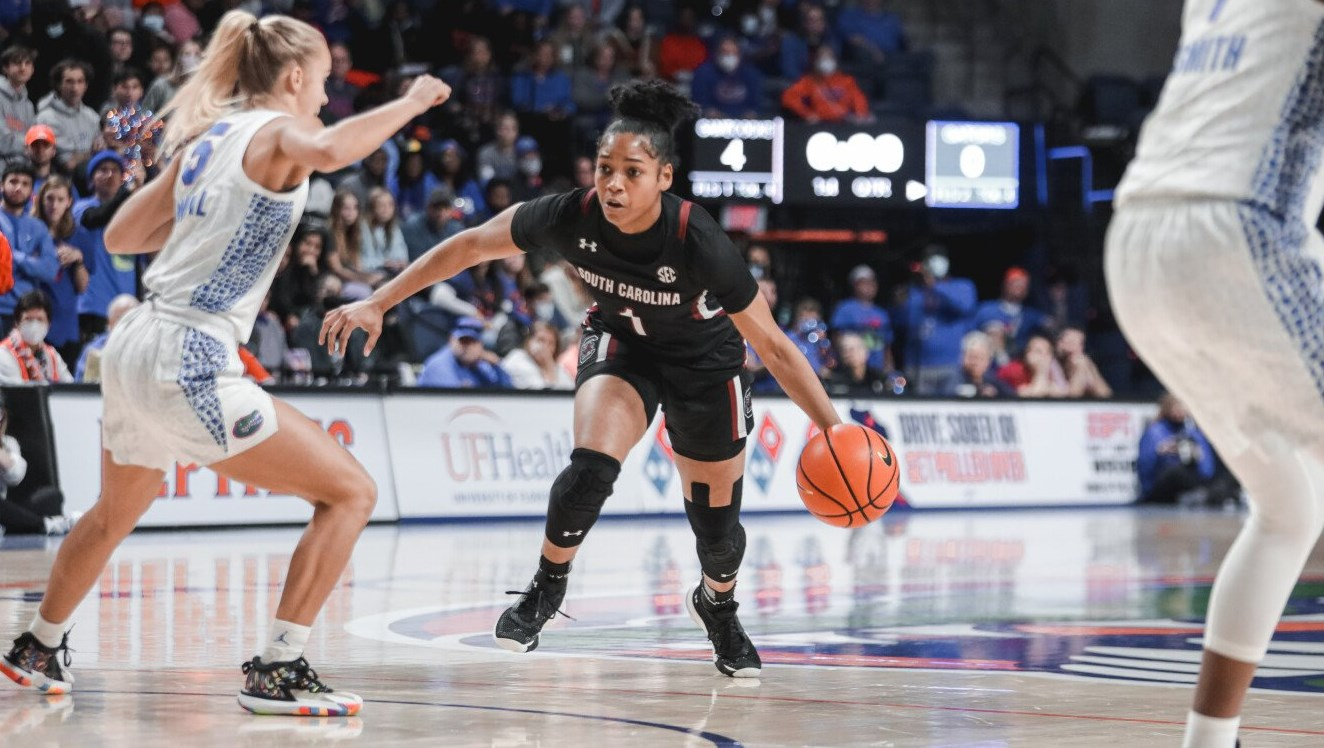 by By MARK LONG/AP Sports

The Gamecocks have won 14 straight over the Gators

GAINESVILLE, Fla. (AP) – Aliyah Boston had 13 points and a season-high 19 rebounds for her 14th consecutive double-double, and top-ranked South Carolina beat Florida 62-50 on Sunday to extend its winning streak to eight.

Florida’s five-game winning streak ended in lopsided fashion. This one was essentially over after a dominant first quarter.

South Carolina outscored Florida 19-3 in the opening 10 minutes. It was the Gamecocks’ best first quarter of the season and the third time they have allowed just three points in any period.

The Gators, coming off a one-week layoff, looked timid from the opening tip. They rushed shots, missed open looks and provided little resistance on the defensive end. Florida missed 18 of 19 shots in the opening quarter, including all three from behind the arc. Making matters worse, the Gators were 1 of 4 from the free-throw line.

The Gamecocks were significantly more efficient, shooting 45.5% from the floor and making 7 of 8 from the charity stripe while building a double-digit lead.

Boston was key to the hot start. She had four points, seven boards and an assist in the first to get coach Dawn Staley’s team going on the road.

The Gamecocks extended their lead to 33-13 at the half and were up 45-17 late in the third quarter before the Gators seemingly woke up.

Florida ended the quarter with a 13-3 run and added a three-point play to open the fourth, cutting the huge lead to 48-35. But South Carolina held on down the stretch.

UP NEXT
The Gamecocks sandwich in their lone home game over a two-week stretch coming up, hosting Alabama at Colonial Life Arena on Thursday, Feb. 3 at 7 p.m. on the SEC Network+. The Crimson Tide entered Sunday’s game against Missouri with a 11-8 record overall and 2-6 mark in SEC play.