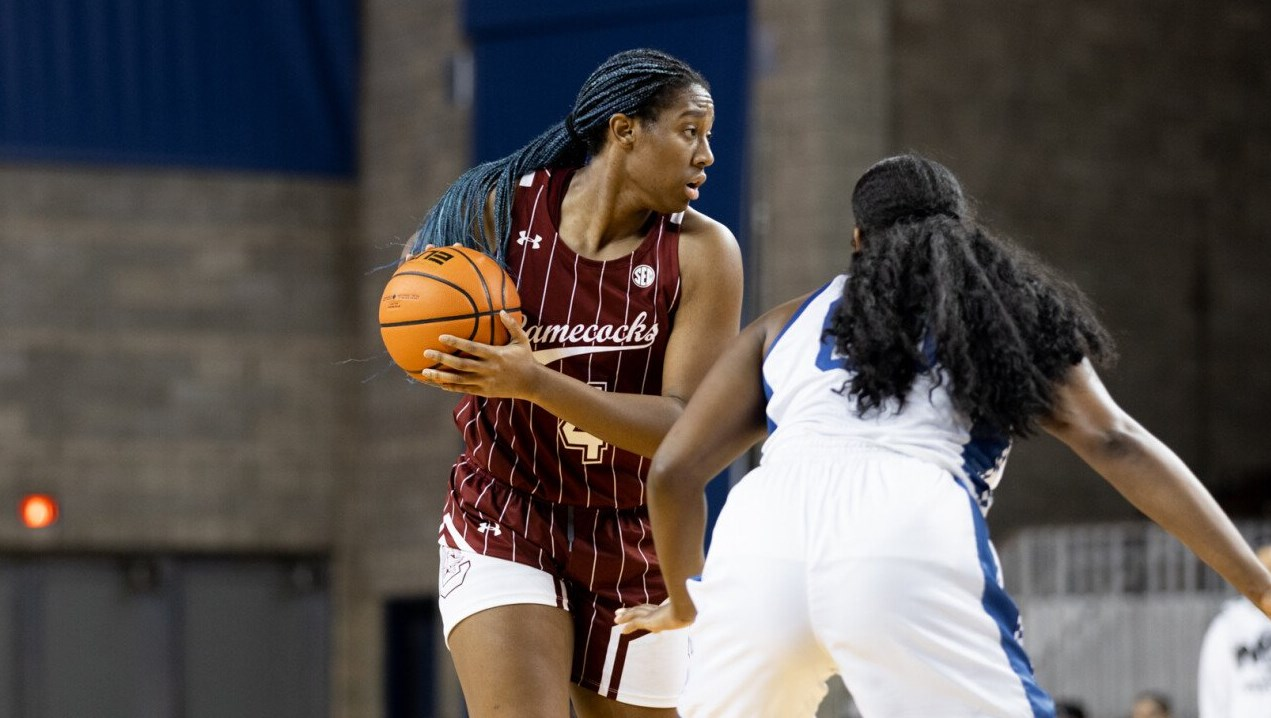 by By GARY B. GRAVES / AP SPORTS

LEXINGTON, Ky. (AP) – Aliyah Boston had 14 points and 15 rebounds, including a key free throw and board late that helped top-ranked South Carolina get past Kentucky 59-50 on Thursday night for its 10th consecutive victory.

The Gamecocks (22-1, 10-1 Southeastern Conference) led by as many as 18 points early in the fourth quarter before the Wildcats fought back – with Rhyne Howard scoring 16 of her 21 points in the quarter.

She got Kentucky to within 55-48 with 1:25 remaining on a three-point play. A review of a loose ball gave Kentucky possession, but Howard missed a jumper. Destanni Henderson and Lele Grissett each made one of two free throws to give South Carolina some needed space.

Treasure Hunt’s two free throws with 53 seconds left got Kentucky within 58-50, but Boston made a free throw a couple of seconds later. The junior forward then grabbed a late rebound that helped the Gamecocks run out of the clock and sweep the Wildcats for its 14th series win in 15 meetings.

Boston again thrived on both ends, posting her 17th double-double in 18 games. South Carolina out shot Kentucky just 39% to 36% but controlled boards 46-35.

UP NEXT
Capping the team’s week of road action is a Sunday matinee at Georgia, a noon tip on ESPN2. The Bulldogs are currently ranked 17th nationally in the latest AP poll with an overall record of 17-5 and a 6-4 mark in conference play.