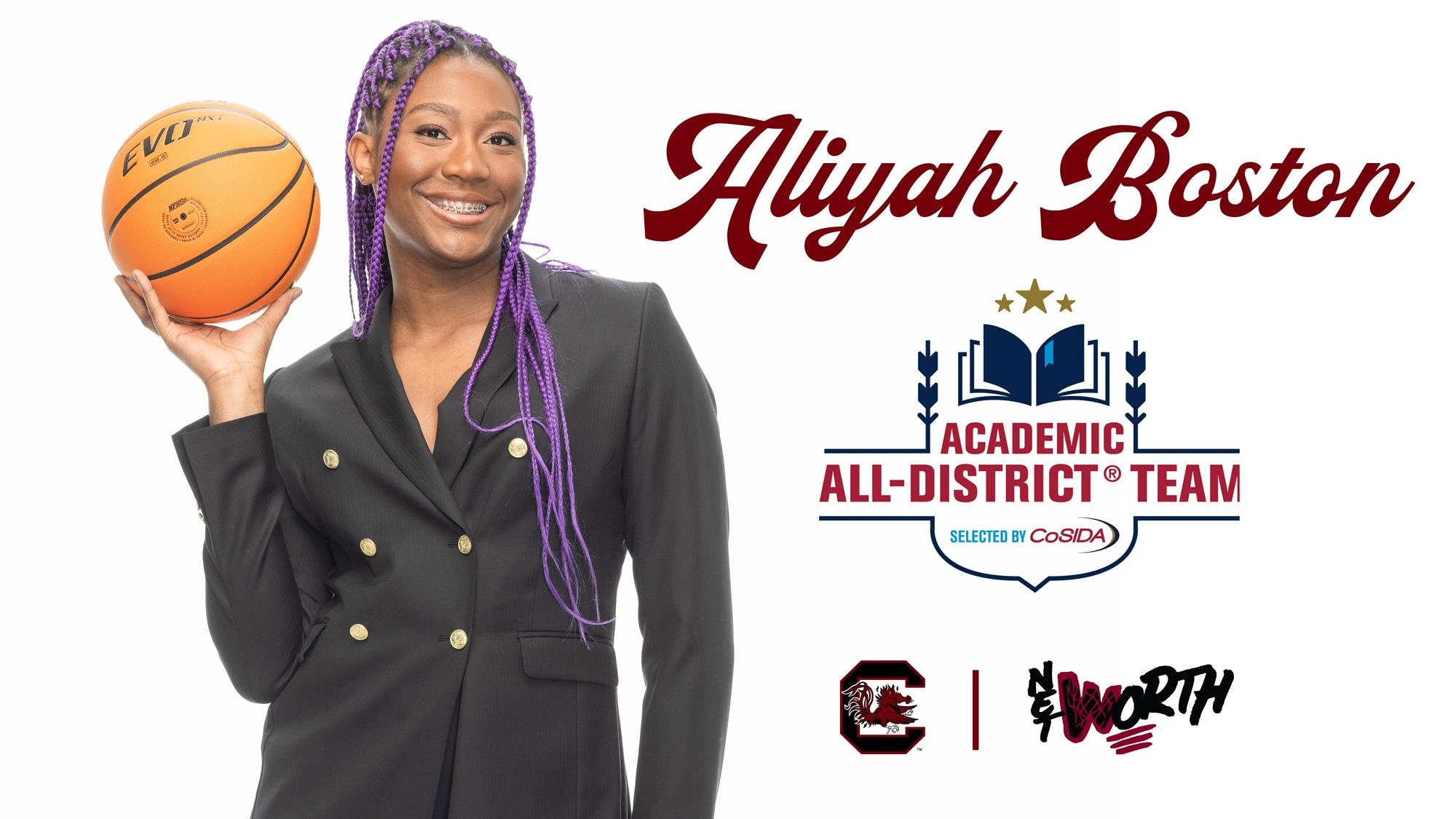 As a sophomore, her first year eligible for the award, Boston was named the CoSIDA Women’s Basketball Academic All-American of the Year. This season, she has maintained over a 3.6 GPA while establishing herself as the front runner for National Player of the Year honors. The 6-foot-5 native of St. Thomas, USVI, has 18 double-doubles on the season, including 17 straight, to rank second in the nation in that category. Her 2.9 blocks per game are seventh in the nation, her 11.9 rebounds per game are sixth and her .547 field goal percentage is 26th. Her season double-double averages of 17.1 points and 11.9 rebounds per game increase against ranked opponents, against which she has poured in 17.6 points and 12.7 rebounds in the Gamecocks’ 10 such victories.

The #1/1 Gamecocks are back in action tonight, hosting Auburn, at 7 p.m. at Colonial Life Arena. South Carolina will close out its regular-season home schedule on Sun., Feb. 20, at 1 p.m. on ABC against #12/8 Tennessee. ESPN’s College GameDay will be on site at Colonial Life Arena for its noon show, which ticketed fans are encouraged to attend when doors open at 11:30 a.m.